Catch and release fishing is something that all anglers can get behind. Whether you’re a full-on environmentalist or just don’t want to waste food, releasing fish properly is an important part of every fishing trip. But it’s easy, right? You just drop it back in the water. Not exactly – safe release is easy, but there are a few things you need to know first. 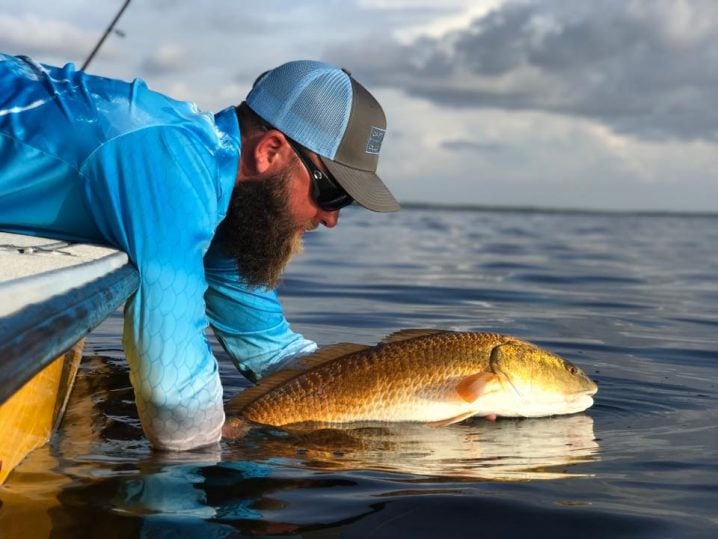 Catch and release starts before you even hit the water. You need the right equipment and the right gameplan. Most importantly, you need the right mentality. In this short guide, you can learn how to make sure your fish lives to fight another day.

Why Catch and Release Fish?

With so many tons of fish caught commercially each year, it may seem like a drop in the ocean to release your catch. But every little bit helps, as they say. Catch and release fishing is key to maintaining fish populations. This is especially the case for the apex predators we all love to fight. 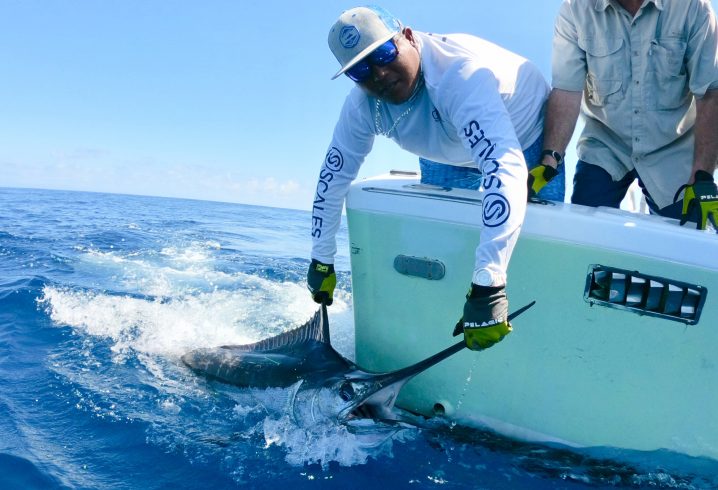 But forget the “eco” arguments for a second. There are only so many fish you can keep, anyway. When the cooler’s full and you’ve hit your limits, you either have to call it a day or put the fish back. You may as well make sure they head off healthy.

How to Prepare for Catch and Release Fishing

You don’t have to buy a load of expensive equipment to practice catch and release. The most important things are probably in your tackle box already. The main tools are a dehooking device for removing hooks safely and a non-knotted rubber net or fish sling to bring the fish in without damaging its skin. 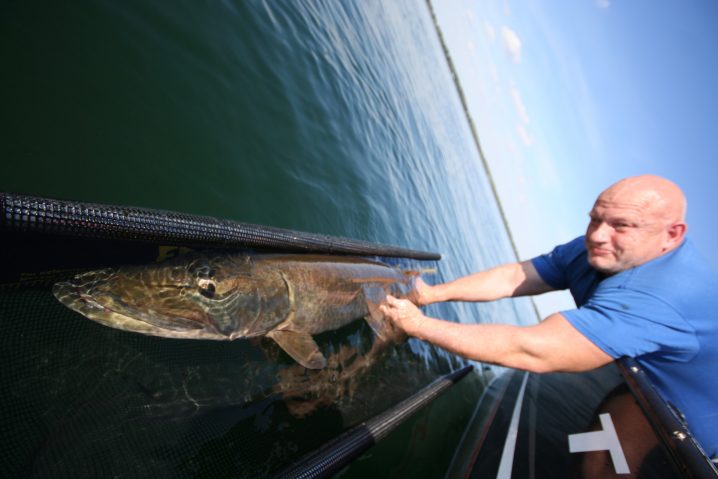 There is one small change that will make all the difference: circle hooks. Circle hooks are designed to catch in the corner of the mouth instead of deep-hooking a fish. This makes it much more likely to survive.

Circle hooks take a little getting used to, but once you get the hang of them, they can be even more effective than traditional J or treble hooks. Avoid offset circle hooks, though – they’re a lot more harmful and not much more effective.

Finally, one of the best ways to avoid over-tiring fish is to use appropriate tackle. We all like a challenge, but fighting fish on super-light tackle often leaves them too exhausted to fend off predators.

How to Unhook a Fish

Rule number one of catch and release fishing: don’t take them out of the water unless you need to. Removing a fish from the water is incredibly stressful for them. On top of this, larger fish often can’t handle the weight of their own bodies out of the water. As you can imagine, this isn’t great for their chance of survival. 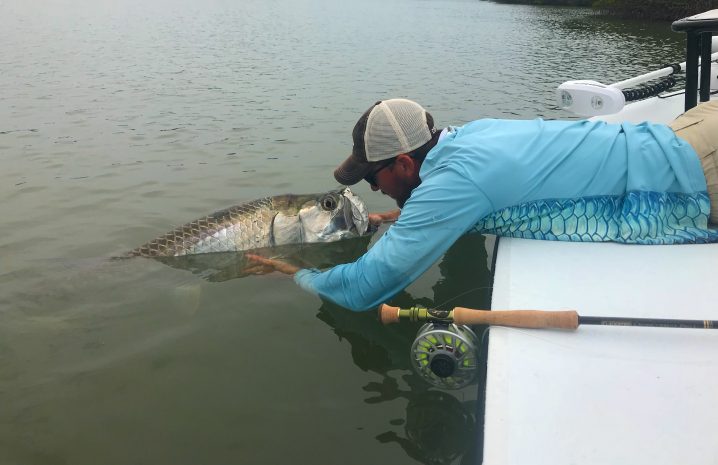 If dehooking the fish in the water isn’t an option or you want to tag it for scientific study, get everything ready before you bring it aboard. This makes things as quick as possible. Try holding your breath as you take the fish out – it gives you an idea of how fast you need to be. Use a dehooking device or a pair of needle-nosed pliers to carefully remove the hook, and check for any old hooks from previous battles. Once you’re done, return the fish to the water immediately.

How to Handle Fish Properly

Forgive us for stating the obvious, but never use a gaff on a fish you want to release. If it’s small, use a net or a sling. If it’s big, use a tail rope. Contrary to what you may have heard, you shouldn’t handle fish with a towel. In fact, you should touch them as little as possible, as their skin can get scratched and infected easily. When you have to, clean and wet your hands thoroughly first. 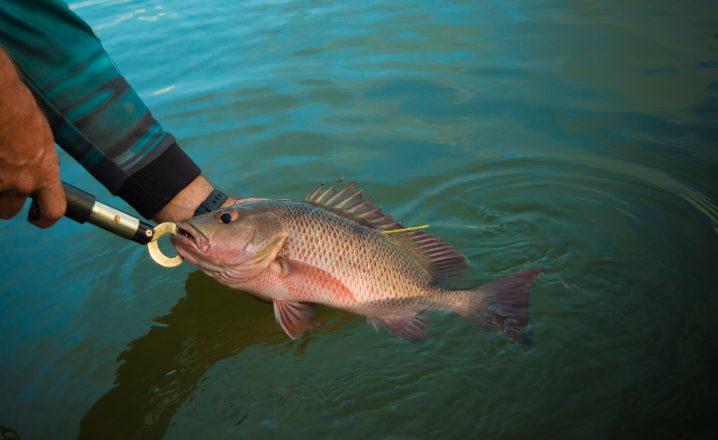 Lip grips are a useful way to handle smaller fish. They make it much easier to remove hooks. Holding a big fish by the mouth can dislocate its jaw, though. Instead, use the lip grips to hold the mouth steady and support the fish below with your hand. Finally, never touch a fish’s gills or hold them by their gill covers. If their gills get damaged, they’re done for.

How to Release a Fish Safely

So you’ve removed the hook. Now it’s time to let your prize get away. This is where keeping the fish in the water makes things a lot simpler. Most of the time, all you need to do is gently let go of the fish and it will swim off. If the fish has come out of the water, you’ll need to help it on its way to maximize its chances. 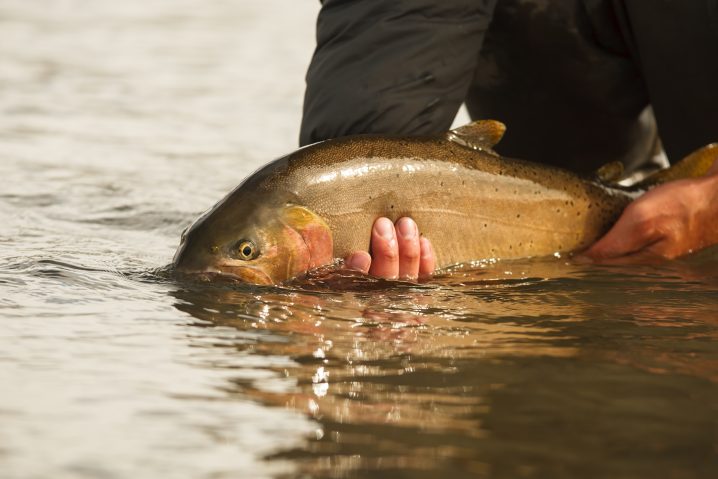 First things first, make sure the little guy has caught his breath. Lower the fish into the water, using the movement of the boat or the currents to draw water through its gills. The fish should perk up as you do this, and once it seems to have recovered, you can let it go. If you’re fishing around structure, releasing it near cover will reduce the chances of it getting picked off by predators after you let it go.

Deep-water fish are more complicated. The water pressure on the surface is way lower than it is in the depths. This causes all kinds of problems for the fish and makes it unlikely to survive at surface level. You’ll need to deal with that if your catch is going to survive.

You can vent the fish by poking a hole an inch or two behind the pectoral fin at a 45-degree angle. This normalizes the pressure but obviously harms the fish in the process. The safest thing to do is descend the fish, dropping it back to its normal depth with a cage or break-off weight. Whatever you do, don’t just release a deep-water fish on the surface – it’s basically Shark bait if you do.

Getting the hang of releasing fish properly takes a while. If you’re new to it, start releasing fish before you hit your limits. That way, if the fish looks like they’re not going to make it, you can always keep it and learn from your mistakes on the next one. Don’t see it as a failure – no one wins all the time. 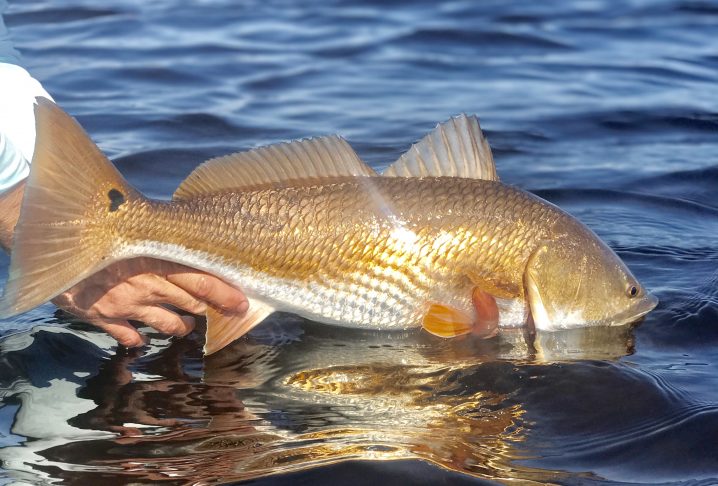 Catch and release fishing is an essential part of preserving your favorite fishing spots. Whether it’s your local lake or your favorite reef, releasing fish will let future generations enjoy it, too.

What are your top tips for catch and release fishing? Do you have questions about releasing a specific species? Let us know your thoughts below!