The 2021 Triggerfish season is finally upon us. As the annual January-February closure comes to an end, thousands of anglers eagerly make plans for their next Triggerfish fishing adventure.

Set to open on March 1, this year’s Florida Trigger season could see record numbers of fishermen offering their casts. The reason? The word has finally gotten out about how fun it is to catch these little guys. Oh, and did we mention that they taste even better than Snapper? Today, you’ll learn all you need to know about where and how to catch Triggerfish in Florida.

Before we get into the technical stuff, let’s take a look at what Triggerfish are and what makes them so popular. 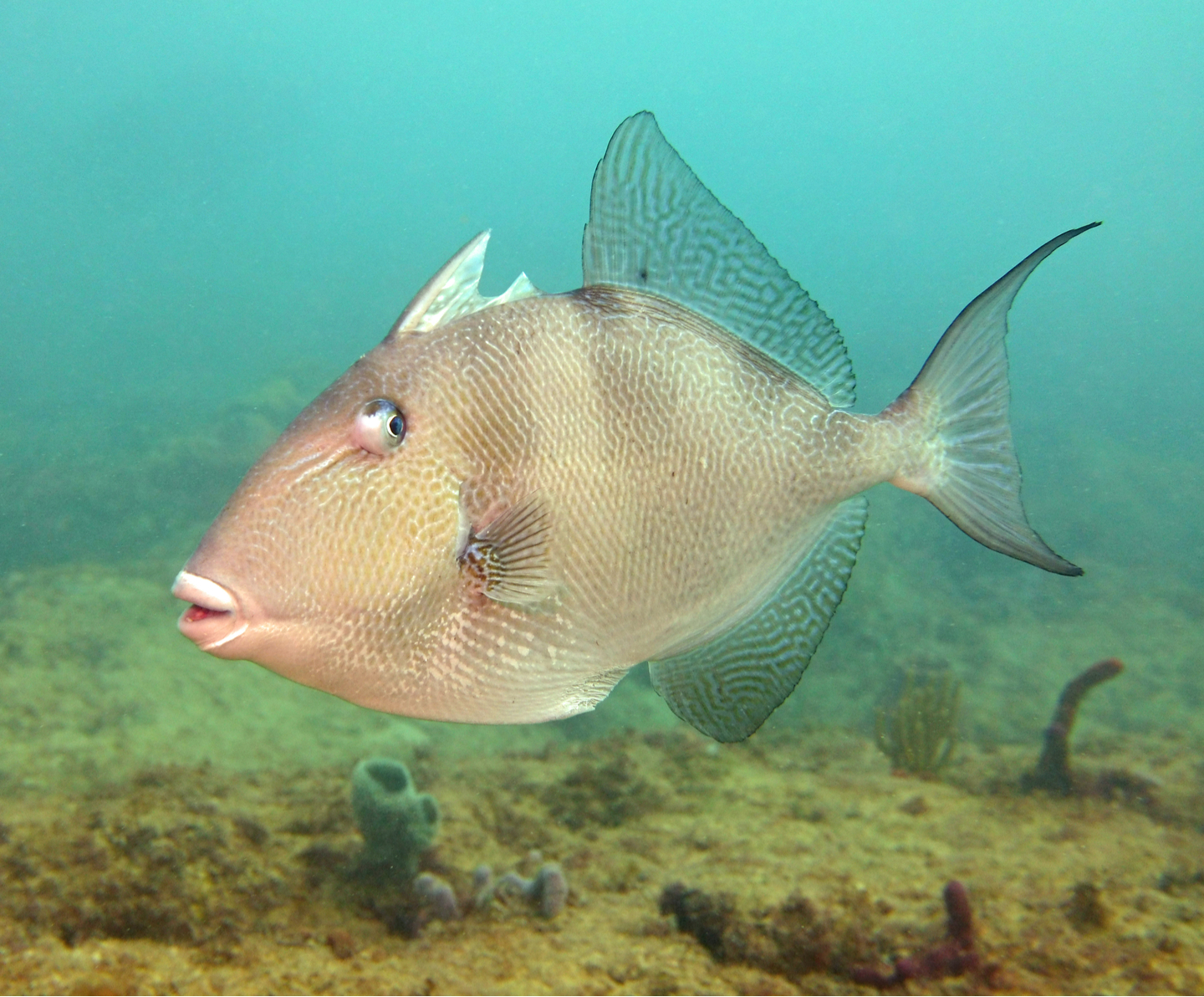 When people say Triggerfish, they usually mean Grey Triggerfish, at least on this side of the Atlantic. Triggers mostly inhabit the nearshore and offshore waters of the Mexican Gulf, the larger part of the East Coast, and the warm waters of the Caribbean reefs. While all of these locales provide good Triggerfish bites, Florida’s waters stand out as the most consistently productive Trigger fishery.

Triggers generally compete for the same habitat as Red Snapper and Gag Grouper. This is why it’s not uncommon for the Triggers to gobble up your bait when you’re fishing for Gags. Adult Triggerfish like to keep to the bottom, where they feast on crabs, sea urchins, shrimp, and sand dollars.

They sometimes rise up to feed, too. Juvenile Triggers drift near the surface feasting on sargassum until they are mature enough to hunt. Speaking of hunting, Triggerfish can be truly ingenious in the way they capture their prey.

When hunting sand dollars, Triggers often assume a vertical position, from which they blow a stream of water. Once they expose the sand dollar from under the sand, Triggers swoop down to grab their prey with their teeth.

They then flip the sand dollar around and drop it to fall upside down, exposing its soft underside. The Triggerfish slams into the sand dollar with full force and starts eating. What a predator.

The two areas of the Sunshine State that are becoming famous for Triggerfish fishing are the Panhandle and St. Petersburg. Here, you can find smaller Tiggerfish around inshore bottom structures, but since they tend to be pretty small as it is, so you’d do well to go a little further out for the bigger ones. The nearshore artificial reefs are teeming with Triggers, but you can find lots of them offshore, as well.

How do you recognize a Triggerfish?

Triggerfish have a few distinctive features which make them easily recognizable. Their body is laterally compressed, with two dorsal fins, and a small mouth. Triggers got their name by the spines on their dorsal fins.

To protect themselves from predators, Triggerfish lock up their pointy first dorsal fin. Once the fin is firmly locked in an erect position, there is only one way to lower it, and that’s by pushing the second dorsal fin – the “trigger.”

Triggerfish skin is unbelievably strong – you’d have a hard time piercing it even with a sharpened knife. Their mouths are small, but their strong, bony jaws have chisel-like teeth, which easily plow through mussels, sea urchins, and sand dollars.

The maximum length a Triggerfish can reach is around 30 inches, but they’re much more common in the 14–17 inch range. The biggest Trigger caught in Florida waters weighed 12 pounds, 7 ounces.

In recent years, Triggerfish fishing in the Gulf has become more tightly regulated, but it’s still nowhere near as strict as fishing for Red Snapper.

Following the annual January-February closure, the 2021 Triggerfish season will officially open on March 1, and it will last until May 31. If you don’t get the chance to enjoy Triggerfishing, don’t worry, the reason will reopen August 1, and will last until the end of the year, December 31.

In the Gulf, the minimum size required will be 15” fork length, with a bag limit of one per person. The same goes both for state and federal waters, although there’s a 20 reef fish aggregate limit when fishing further than 9 miles out.

If you plan on fishing for Triggerfish in the Atlantic, you’ll be pleased to know that the season is open year-round. The minimum size requirement is 12” fork length, with 10 per person bag limit.

Despite the stricter rules, most anglers contend that fishing for Triggerfish in the Gulf is disproportionately better compared to the Atlantic. We’ll let you be the judge of that. 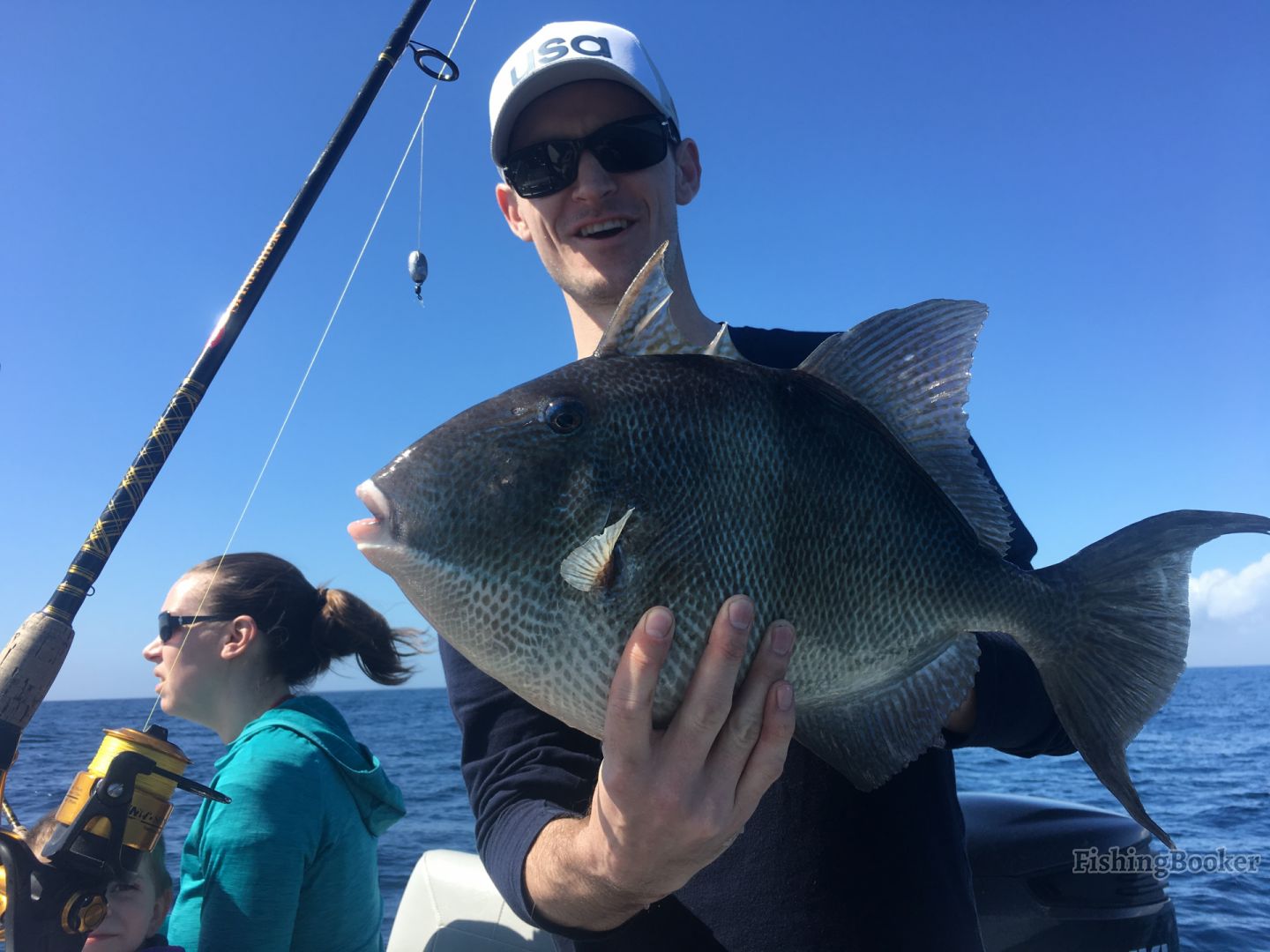 How to Catch Triggerfish

Triggerfish are exceptionally hard fighters, especially for their size. Their small mouths are deceptively strong, and they can snag your baits in a hurry – just ask any Snapper fisherman.

You’ll want to change your approach depending on where the fish are, but one thing remains the same – you’ll need small, sharp circle hooks. Triggers won’t be able to spit these hooks out as easily.

As for baits, Triggers will gladly go for any live bait you throw at them. That said, your best option will probably be squid, because it sticks to your hook much more firmly that other bait. An inch-wide cube should do the trick. As most Triggerfish keep to the bottom, you’ll also need a relatively heavy sinker (around six to eight ounces).

One Triggerfish fishing tactic is to drop your baited hook all the way to the bottom, and then to start reeling immediately after. You won’t need to reel fast at this point, but it’s crucial to keep the reel going.

This will maintain tension on your line, and allow you to feel even the smallest of bites. As soon as the Trigger bites, start reeling as fast as you can without jerking the rod. If the hook tip was in the Trigger’s mouth, your reel action should hook the fish.

Make sure not to jerk the rod when you feel the bite. You might have an urge to yank the rod to “set” the hook, but keeping a constant smooth reel will make all the difference. If you jerk the rod up, your sinker will most likely knock the hook out of the Trigger’s mouth. If it doesn’t knock it out on the way up, it probably do so as it comes down. 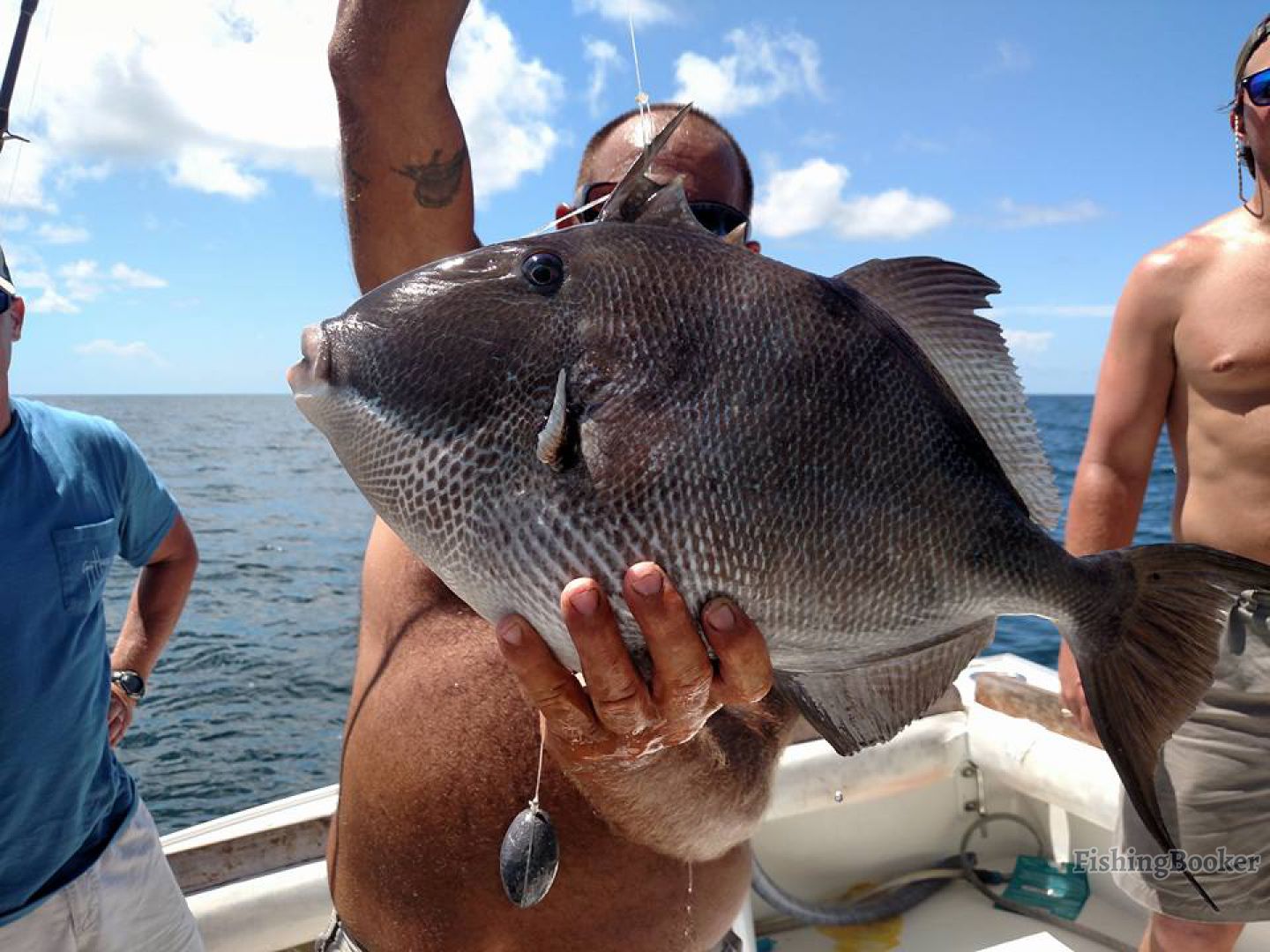 Another way to catch Triggerfish is to employ a three-hook chicken rig (a modified sabiki rig). What you want to do here is take advantage of the fish instincts. Since Triggerfish like to compete for the same bait as Snapper and Grouper, your three-hook setup will prove to be too pretty to say no to.

Let your sinker hit the bottom and then pull the rig up by a foot or so. As soon as the Triggers see a Grouper moving around your offering, they will charge up from the bottom to steal it. Keep in mind that, unlike Snapper or Grouper, a Triggerfish will nib at your bait first before taking it in.

Triggerfish might be tricky to catch, but the fight is well worth it. These fish are some of the tastiest you’ll ever try. Once you crack through the skin, their meat is very soft and firm. This allows for all sorts of Trigger delicacies.

Fishing for Triggerfish seems to finally get the recognition it deserves. These little guys will put on a show before you get to reel them in, and they will make for a fantastic dinner afterwards. Now that the 2019 Triggerfish season is here, there’s nothing stopping you from going after your own feast.

Have you ever caught a Triggerfish? Are you planning to catch one this year? What’s more challenging, to catch a Triggerfish, or to cut one open? Let us know in the comments below.