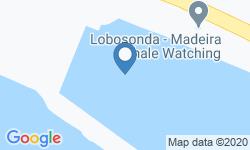 Blue Makaira is the winner of the 2016 Blue Marlin World Cup. Fishing aboard this vessel in Madeira is the ultimate Big Game fishing experience – Blue Makaira has been ranked as the number one catching boat for Blue Marlin on the island of Madeira during 2017 and 2018, so you know you’ll be in safe hands when it comes to hooking the Billfish of your dreams!

The island of Madeira is a natural Big Game fish attractor – warm surrounding currents attract plenty of baitfish, while depths reaching over 1,000 meters create an ideal hunting environment for Big Game fish within just a few miles of the coast. Here you have the opportunity to catch huge Atlantic Blue Marlin, the ultimate prize, as well as a wide range of other species that will give you excellent sport!

Blue Makaira is a 34’ Rodman powered by twin 260 HP Volvo D4 engines. It comes equipped with your comfort in mind, featuring a very stable fishing platform and an onboard toilet. On board you will find a fighting chair as well as 35’ outriggers for a good spread of six lures. Blue Makaira is a member of the Shimano Pro Staff scheme, meaning you will have the best tackle available to you.

This vessel is captained by Captain Nuno, a native of Madeira who has fished the local waters for nearly 40 years. He’s joined by a crew of experienced international fishermen whose prime aim is to get you connected to fish. Fishing with them is sure to be an unforgettable experience. You can join them from mid-May to mid-October.

The Atlantic Blue Marlin off these shores are always sizeable, with one in 10 being a Grander—a fish of a lifetime. Even the ‘average’ fish, weighing a mere 650+ lbs, will put a smile on your face. There are plenty of other prestigious species to be had here as well, including White Marlin, Wahoo, and Bigeye Tuna.

Whether you are an experienced Big Game fisherman out to get that “world record,” a novice, or ‘just’ fishing for the thrill of it, Blue Makaira is perfect for you!

Nuno Goncalves
Calheta, Madeira, Portugal
On the 4th of July in 2016, Captain Nuno won the Blue Marlin World Cup at the helm of Blue Makaira. Madeiran by birth, Capt. Duarte Nuno Vasconcelos Goncalves has been fishing the waters of Madeira since he was a boy, guided by his uncle (who also spent his formative years in a similar manner). As Nuno entered his teens, his passion grew stronger, putting to sea with his brother in a 10' boat (with a 4 HP engine!) to explore the waters of Madeira. There they fished for their supper, an idyllic life for two young men. Fascinated by the sea and fishing, Nuno’s big opportunity came in 2004 when the Calheta Marina opened. With the arrival of Big Game boats, his moment had arrived. He crewed and worked on the boats beside some of the great Big Game Captains and crews that had flocked to Madeira to fish for the best Blue Marlin that the oceans have to offer.

When the captain confirms your trip, FishingBooker charges your credit card a 20% deposit to guarantee your reservation.