Ambition Charters operate a world class fishing service out of Port Stephens in New South Wales, where the fishing tournaments are just startingI The fishing is exquisite from January until April, sometimes even into early May, so book your trip today and enjoy a world famous fishing adventure you’ll tell all your friends about.

The charter is operated by the lovely Captain Ivan Bennett who has been fishing since he was just a little boy. He has competed actively along the East Coast of NSW from Bermagui to Ballina for all game fish species found along the coast, and has been a member of the Sydney Game Fishing Club for over 30 years.

During the period from mid-January until April each year, he leaves Sydney and take Ambition up to Port Stephens, by road a 2.5 hour run from Sydney, where because of its proximity to the prevailing Summer currents, is regarded as one of the best game and sports fishing grounds in Australia.

Captain Ivan operates a 40-foot Precision flybridge boat, powered by two 370 HP Iveco engines with a maximum cruising speed of 29 knots. The boat is fully equipped with all the safety features and the latest Furuno electronics. There is a flybridge, a shower, a toilet, a kitchen with a refrigerator and a TV. You will use the icebox to store your catch until you return to the shore. Please beware, all Marlin species are strictly catch and release!

During the summer months, the East Australian Current eddies into Port Stephens bringing with it schools of baitfish which in turn attract Blue, Black and Striped Marlin, often in large numbers. There is also Tuna, Spearfish, Wahoo and Mahi Mahi. In fact, all the game and sports fish found on Australia’s East Coast come into Port Stephens this time of year.

Because of the movement of Game fish into this area at this time Port Stephens and the surrounding area host several Game Fishing Tournaments.

20 years of experience
ID & credentials verified
responds within an hour

Ivan Bennett
Port Stephens, New South Wales, Australia
I have been a fisherman since I was a kid and developed a love for the seas and all that lives in and on the oceans. It is my passion...I have been a member of the Sydney Game Fishing Club for over 30 years and have fished competitively along the East Coast of NSW from Bermagui to Ballina for all the Game fish species found along our coast...I started a Chartering business in the year 2000

Precision (Flybridge) originally built in 1987, and restored in 2010. Powered by 2 370HP Iveco engines, with a maximum cruising speed of 22 knots.

Cancellation
FREE Cancellation
You can cancel or reschedule your booking up to 7 days before the trip. If the captain cannot run the trip due to unsafe weather conditions, your booking can be moved to another date or canceled free of charge.
Pickup
Pickup not included
Transfer to/from departure site is not included in trip rates.
Child Friendly
No Smoking
You Keep Catch
Catch and Release Allowed 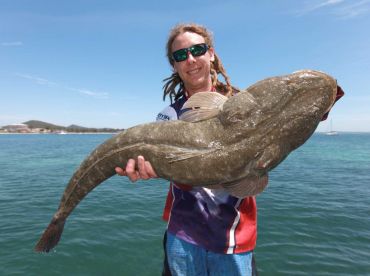