Montauk Charter Boat CUJO2 is ready to take you on the Montauk fishing experience of a lifetime. Take the day out, bring your family and friends, and get ready to catch a Montauk monster.

Cujo2 is a beautiful 46’ Bertram, fully outfitted to take you to the inshore or offshore fishing grounds with ease. This boat’s wide beam makes it very stable, while the large comfortable cockpit and open-air salon will make you feel at home. Inside, you will find a covered seating area, a restroom, and a small kitchen with a fridge for your food and drinks. Cujo2 tackles heavy seas without a problem, ensuring a steady ride to the finest fishing grounds.

Montauk Charter Boat CUJO crew are family-friendly live bait fishing specialists that offer both inshore and offshore fishing adventures to suit all kinds of anglers. Inshore trips will see you targeting the famous Striped Bass, Bluefish, Fluke, and Black Sea Bass, while traveling offshore will see you going after huge Sharks and tasty Tuna. Whether you are trolling, jigging, or bottom fishing, the friendly and experienced crew will make sure you are fully equipped for the job.

Catch a monster and enjoy your day on the water. Book now to secure the best dates!

27 years of experience
responds within an hour

Mike Elling
Montauk, New York, United States
Spending time on and around the water has always been an important part of Captain Mike Elling's life. Growing up in Northport, a small fishing village on Long Island, he spent his childhood fishing, clamming and working on boats. This led to a lifelong passion for the outdoors. As he grew up, he worked on many commercial fishing boats, starting out on the old oyster dredge boats that fished out for Northport. After moving to Alaska to fish for Cod and Pollock, he joined the Navy, where he was stationed in Virginia Beach. This gave him the chance to fish the bountiful waters of the Chesapeake Bay, Virginia, and South Carolina. When he sustained a serious injury to his leg in the first Gulf War, Captain Mike was honorably discharged from the Navy. After that point, he dedicated his life to charter fishing. Mike has lived and worked in Montauk since 2000, working on commercial and charter fishing boats as well as serving local marinas. Now, he wants to share all this experience with you. 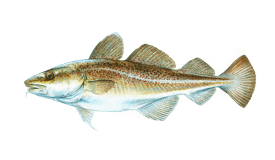 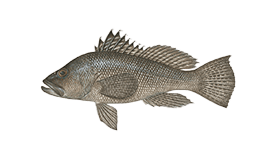 American Express
When paying the remaining balance with a credit card, an additional 5% charge will apply.