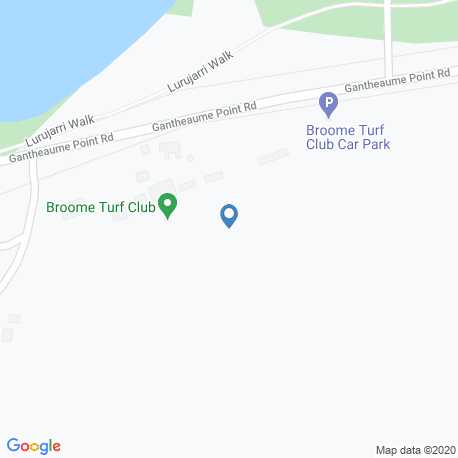 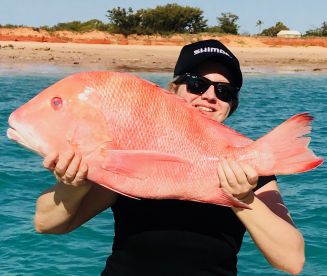 One of the main driving forces behind angling tourism in Western Australia, Broome fishing has something to offer every angler. Whether you are looking for a multiday offshore adventure around the Kimberley region, fun light tackle Sailfish action, backwater Barramundi, or battles with Blue Salmon and Giant Herring off the beaches, Broome fishing charters have it all.

Sitting at the tip of Roebuck Bay, Broome is in the Kimberly region of Australia, one of the last great wilderness areas in the world. This draws hundreds of tourists to the town, attracted to its tropical climate and relative proximity to remote destinations such as the Rowley Shoals. But while you can’t argue that these areas have some phenomenal fishing and exploration potential, you really don’t need to look that far to find something worthwhile to catch.

Broome’s angling reputation was built on its great Sailfish fishery. Days of a dozen or more Sailfish releases can be the rule rather than the exception, provided you play your cards right. Take a day out for some big game action offshore, and as well as Sailfish, you could target tackle-busting Spanish Mackerel and Northern Bluefin (Longtail) and Yellowfin Tuna. This might be remote, but it’s absolutely worth the trip from Darwin or Perth, if you ask us.

But that’s not all. Closer to shore, there’s a lot of fun to be had targeting Giant and Golden Trevally, Spanish Mackerel, and Threadfin Salmon. At the same time, the waters off Broome’s expansive sandy beaches are home to fast and furious species such as Blue Salmon, Giant Herring, and Permit.

To top it off, the Willie and Barred Creeks are home to more of Australia’s poster child species, including nothing less than the Barramundi, as well as Trevally, Queenfish, Mangrove Jacks, and Mud Crabs.  One of the best places to hook a Barra is in the beautiful Fitzroy River, a unique ecosystem of billabongs and tidal waters. And if that wasn’t enough, you can even finish your day charter fishing by trying your luck fishing from the pier for Bluebone, Coral Trout, Golden Trevally, and Barramundi.

Pay attention to Broome’s tides: the water can rise and fall 10 metres. Make sure you go on a professional fishing tour to keep you out of trouble if you are new to the area.

Anglers fishing from a boat are required to have a Recreational Fishing From Boat License (RFBL). This is covered in the price of most Broome fishing charters.

The talk of the town is Sailfish - come between May and October and you’ll have the best chance of targeting them. Most Broome fishing charters will target the species by trolling Ballyhoo (known as Garfish round here). However, bait and switch is getting more and more popular. Casting baits with light spinning reels can be very good fun for experienced anglers when you can see a school.

Spanish Mackerel is another popular fish to catch in Broome. They respond very well to trolled bibbed minnows.

If you’re on the lookout for an eye-catching specimen, fish the reefs for beautiful species such as Coral Trout, Red Emperor, and much more. Inshore, Mangrove Jack and Fingermark can be caught all year round.

Barra enthusiasts will find the best fishing in the wet season, from about October to April, although medium sized fish can be found here all year. They respond best when the tide changes. Popular baits are live herring or mullet, with soft plastics and other artificial lures being a good alternative.

Broome
4.39
Based on 19433 reviews by FishingBooker anglers

January is the middle of the wet season in tropical Broome. Expect sultry days with occasional downpours and storms. Flooding is a possibility. This is Barramundi season: target them in local creeks.

As well as Barramundi, you can catch species such as big Threadfin Salmon, Queenfish, and Trevally in Broome's local waters in February. This is monsoon season, so make sure you're prepared to get wet!

Barramundi fishing is excellent, with the biggest fish in the Fitzroy River and more plentiful ones in the creeks. Look for Threadfin Salmon in Roebuck Bay, as well as Bluenose Salmon, Mulloway, and Fingermark Bream.

April is the start of the dry season and probably one of the best times to visit Broome. Everything is still fresh and green. Expect to continue to see Barra in the Fitzroy River and the first Sailfish starts to appear offshore.

Offshore fishing heats up. More Sailfish arrive, along with Longtail and Mack Tuna and maybe some small Marlin, too. The Disaster Rock area can be productive for Cobia, while the reefs are full of fish.

The center of Broome fills up with tourists. Offshore fishing is an excellent way to escape the crowds - look for Sailfish, Black Marlin, Longtail Tuna, and Cobia. Spanish Mackerel may be caught from the shore.

Celebrate the offshore season at the Broome Billfish Classic. Fishing for Billfish is at its peak - hire a larger boat and get in on the action. Otherwise, look for Cobia, Queenfish, and big Trevally around Disaster Rock.

Not only is the offshore fishing as good as ever, you can catch some real beauties over the reefs at this time of year. Look for Coral Trout and Bluebone among others. Tripletail can be an entertaining catch.

Some Barramundi start to show up in greater numbers as the dry season nears its end. You'll still have the chance to go after Broome's famous Sailfish, as well as Cobia etc. Threadfin and Bluenose Salmon are in Roebuck Bay.

October is usually the beginning of the wet season in Broome. This means Barramundi fishing will get better and better: fish for them in the tidal waters and billabongs of the Fitzroy River. There may still be some action offshore.

The wet season sets in for real. Expect warm, sticky weather and frequent thunderstorms. Look for Barramundi coming downstream down the Fitzroy River - fish for them at neap tides for the best bite.

Barramundi is still loving the wet weather. Look for Spanish Mackerel offshore or fish for beautiful reef fish. Tripletail is floating around in Roebuck Bay and Queenfish and Trevally are giving anglers a run for their money.

Reviews of Fishing in Broome

Reviews of Fishing in Broome

Half day trip with Captain Harley.
Ray J. fished with Broome Coast Charters on October 13, 2018
Water was a little choppy, but with this boat we still got out and caught fish