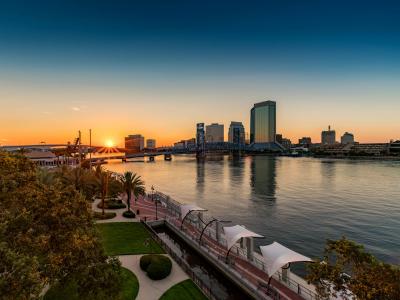 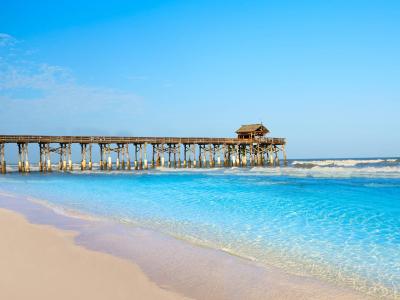 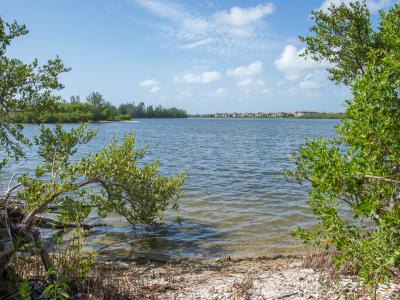 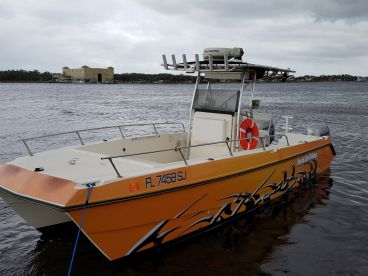 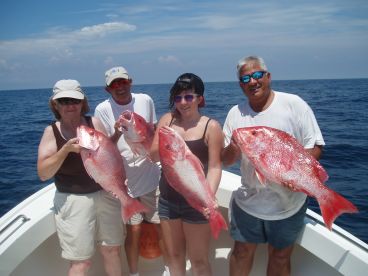 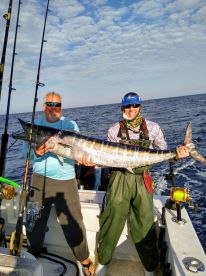 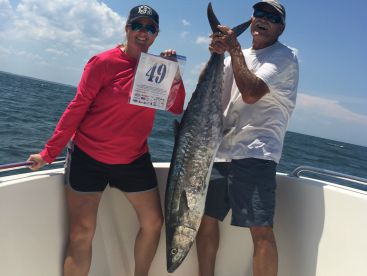 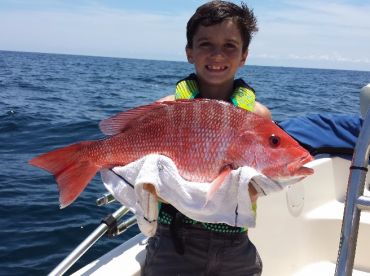 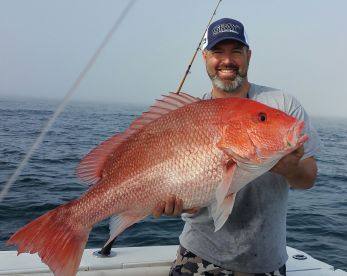 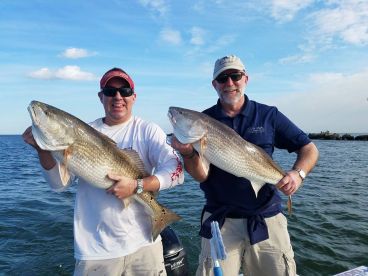 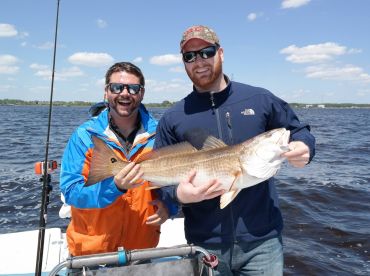 Want to fish the freshwater upper section of this back-to-front waterway? Or maybe you’d like to cast a line in its lower brackish waters? You’re in luck. There are plenty of St. Johns River fishing guides all along the banks of this waterway, so get ready to fish your way!
The St. Johns River begins as a freshwater fishery, before transforming into a brackish water powerhouse as it flows north towards the Atlantic. If you’re fishing the freshwater hotspots, there’s one species that stands out – Largemouth Bass. Crappie are also a firm favorite, especially for family fishing trips.
More of a saltwater enthusiast? Striped Bass and Sunshine Bass can be found in the middle section of the river, where the waters become brackish. You can cast your line for huge Bull Redfish, Spotted Seatrout, Flounder, and even hard-fighting Tarpon and Snook in the lower section of St. Johns, too. It’s fair to say that the fish on offer are as diverse as the river itself – and as a bonus, you can find most of these species year-round.
Thanks to the river’s shallow waters, a four-hour trip is plenty of time for newer anglers and families to learn the ropes and hook some prized fish. If you’re a more experienced angler, a six- or eight-hour adventure will give you more time to cruise a variety of hotspots.
If you’re a freshwater fanatic, one of the best starting points is Lake Poinsett, near Cocoa. Fellesmere also offers access to marshy waters bustling with Bass and Crappie. When it comes to your saltwater trip, it’s all about Jacksonville, which has direct access to the lower part of the river.

Start your year off by casting a line in the St Johns River! January falls right in the middle of Florida’s dry season, which means you’ll be able to head to the upper river’s marshy waters for Bass and Crappie.

Florida’s dry season continues, and so does the Bass and Crappie action in the river’s freshwater fishing grounds. Looking for saltwater action? Head to the brackish waters around Jacksonville for schooling Redfish.

This is when the St. Johns River’s fishing action really heats up! Huge Redfish and Spotted Seatrout are cruising in the waters around Jacksonville, and the Bass action stays hot in the upper stretches of the river.

It's time to focus your attention on hooking trophy-sized Striped Bass. The brackish waters near Lake Monroe are especially plentiful. Don't forget to hit the upper river for Largemouth Bass when the wet season hits!

Thanks to the wet season, the upper river’s Largemouth Bass and Crappie population migrates to the marshes. Instead, head to the lower river’s brackish waters to hook Redfish, Flounder, and Spotted Seatrout!

The Atlantic's salt waters move even further into the river in June. This means that Flounder, Redfish, and Trout can be found anywhere from Jacksonville to the lakes that lie at the midway point of the St. Johns River.

The weather reaches seriously high temperatures during July, so cool off by spending your day out on the water! Tarpon and Snook can be found in the lower river’s brackish waters, near its meeting point with the Atlantic.

August
The Bass bite is as hot as the weather during August! Largemouth can be found in the river’s upper and middle sections, and Stripers are making their presence known in Lake George.
September

You’ll still be able to target a whole host of Bass species during September, with Largemouth and Sunshine Bass being especially plentiful. The Crappie bite is strong, too, especially around Lake Harney.

The Crappie bite is well and truly on, with the freshwater upper and middle sections of the river offering up plenty of these fish. In brackish waters, there’s one species on everyone’s lips: Bull Redfish!

As the waters cool, head to Jacksonville for the chance to battle even more Bull Redfish. They’re joined by Flounder and Spotted Seatrout, too. Freshwater fishing? The Crappie bite is strong around Lake Monroe.

Give yourself the best Christmas present by embarking on a St. Johns River adventure! This month offers up plenty of freshwater Crappie fishing, and the Redfish bite is hotter than ever.

What People Are Saying About St Johns River

Half day with captain bill had a blast very cool experience.
Tommy C. fished with Hooker Charters & Guide Service on May 23, 2020
Be patient when setting your hook, some fish you just have to let them go with it a pick up and real instead of snatching
3/4 day trip with Captain Dennis
Stephen B. fished with Sea Dancer Charters on March 19, 2020
There are lots of choices, so choose what you're most interested in.
Fishing with Rick
Jeremiah M. fished with Stick Marsh Charters on March 4, 2020
Beautiful place in the middle of nowhere with a lot of big bass.
Half day with Richard Bloom
Andy L. fished with Northeast Florida Fishing Charters on July 31, 2019
Book a private charter it's a much better experience.
July fishing trip
Robert M. fished with Sea Dancer Charters on July 15, 2019
I watched this guy work with other captains who were much younger than him and obviously have learned from him. They have a community that work with one another to help each other catch the best that they can catch. This is the guy to go for.
Red Snapper Fishing!
Robert H. fished with Epic Offshore Fishing on July 12, 2019
Great opportunity to fish and enjoy just a little of what the Atlantic Ocean has to offer.
Half day with caption Dennis
Mela S. F. fished with Team Buck Rogers Fishing Charters on July 5, 2019
Worth the money and experience deep sea fishing
Full day trip with Captain Robert
Scott M. fished with Fishbuster Charters on June 16, 2019
Make sure you have a helper. When they get to biting, it can be one after another. Always good to be able to keep up. 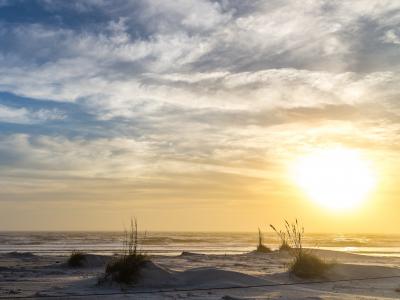 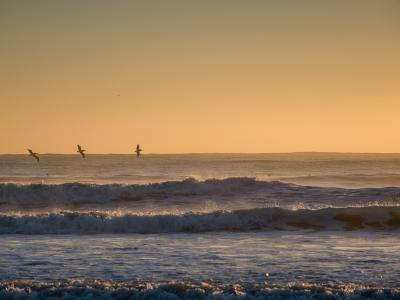 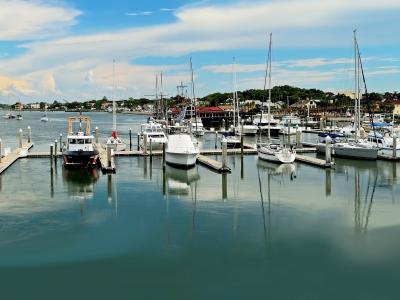 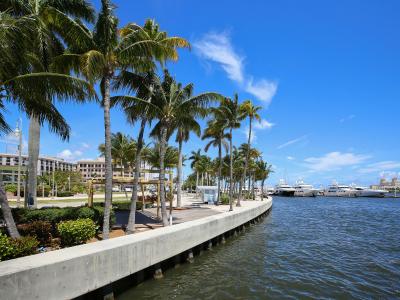 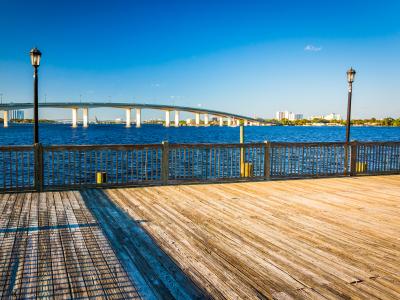 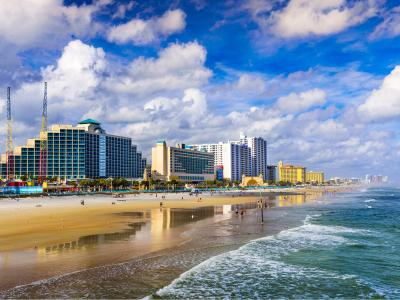 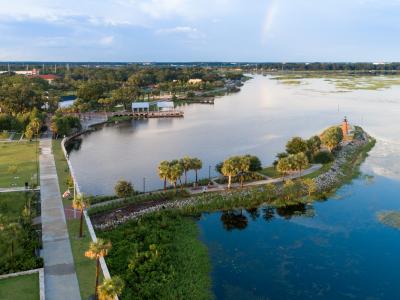 FishingBooker has a Shopper Approved rating of 4.8/5 based on 18213 ratings and reviews