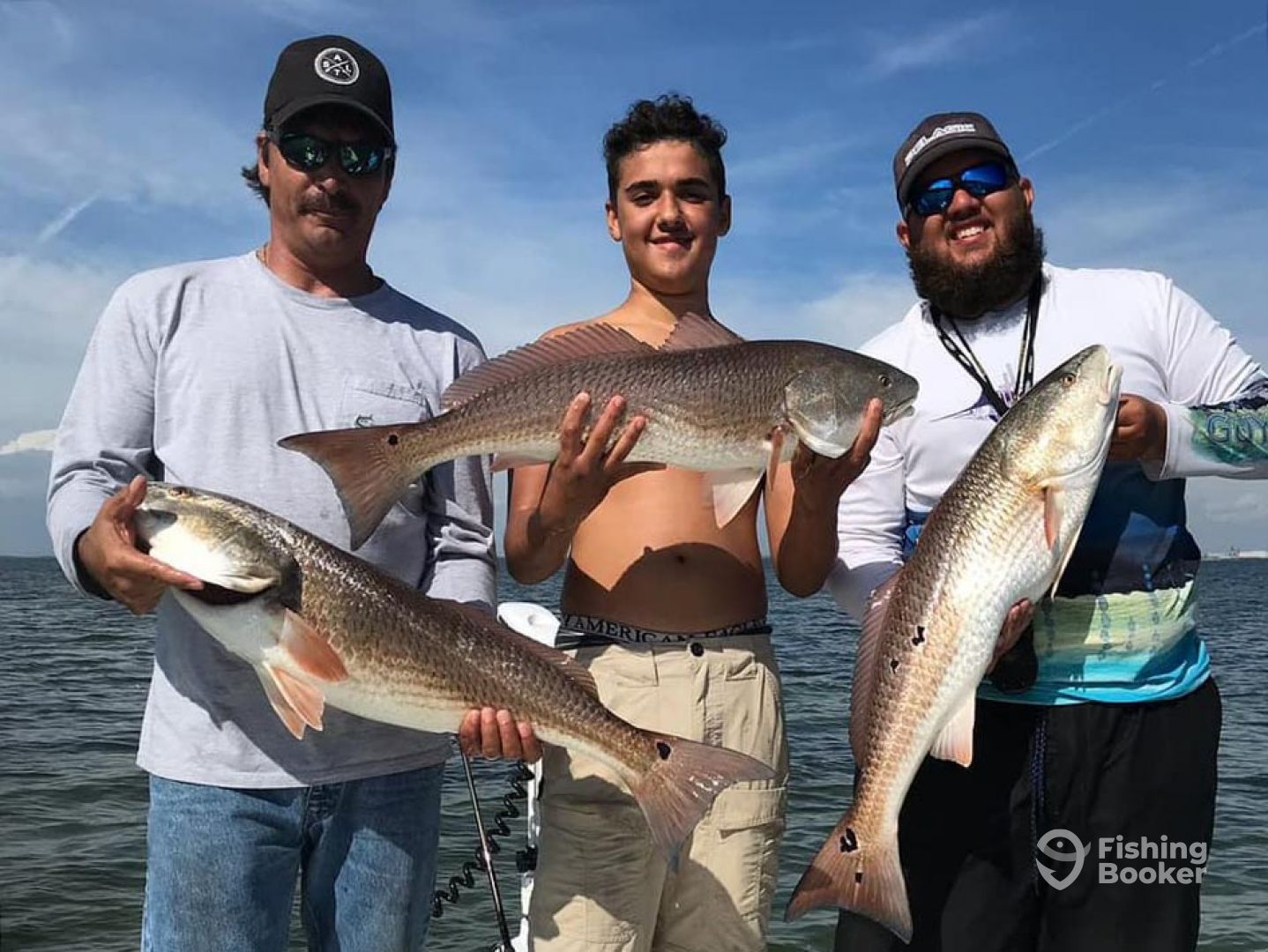 Keep On Reeling Fishing Charters and Captain Tyler Feijoo welcome you to Tampa, Florida. Pick a trip that suits you the best and explore the area’s extremely productive and beautiful waters that promise a lot of angling fun. Whether you like going inshore, to rivers, flats, or the backcountry Captain Tyler will take you to the best spots and help you have some great time on the water! 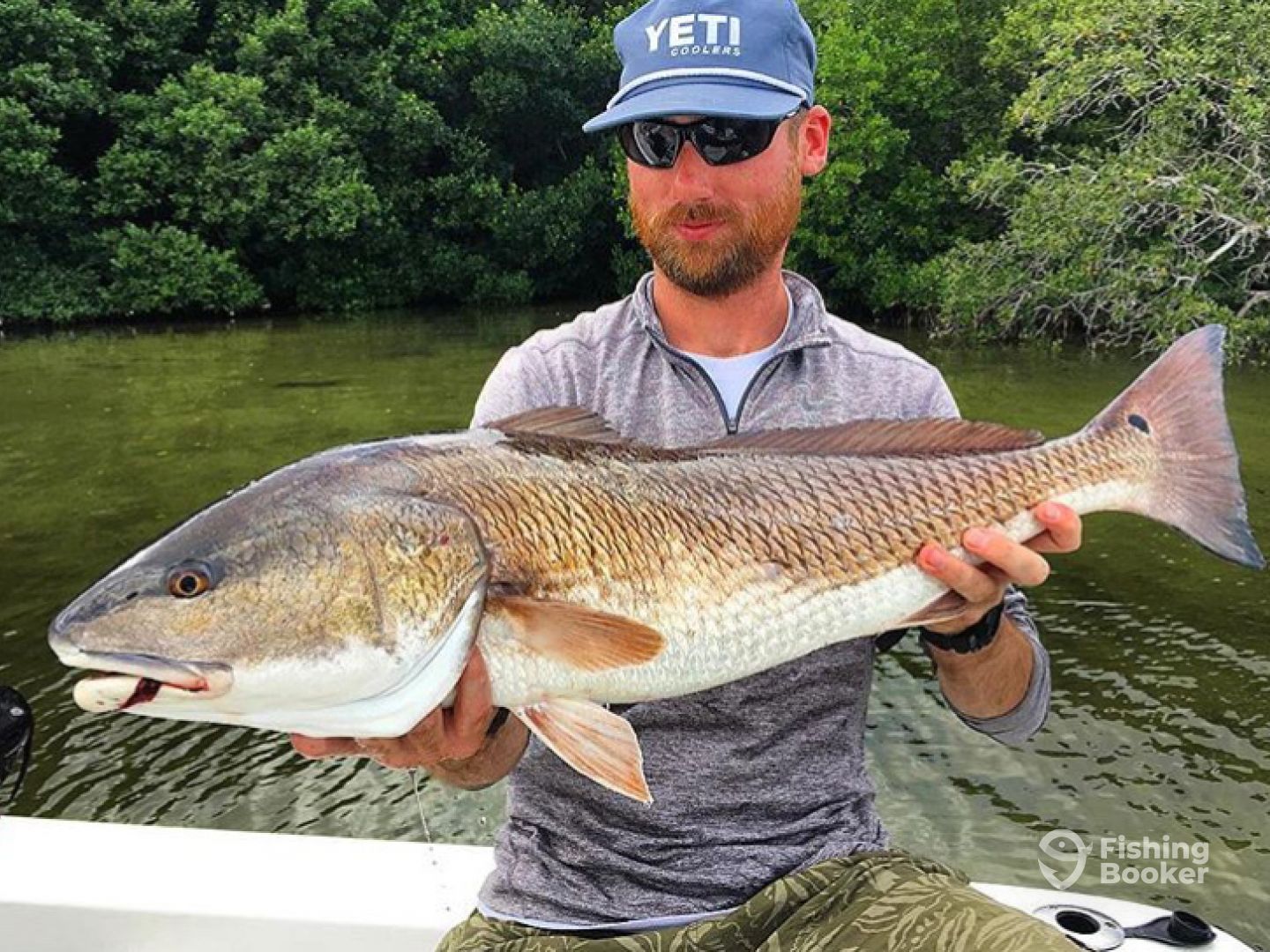 You’ll be fishing from a 22’ Nautic Star bay boat, outfitted with state-of-the-art amenities, safety gear, and navigational equipment. Her shallow draft makes her perfect for inshore fishing and she has a sturdy hull that can take the waves really well so you don’t get beat up on windy days. She accommodates up to 4 guests per trip and children of all ages are welcome to join. 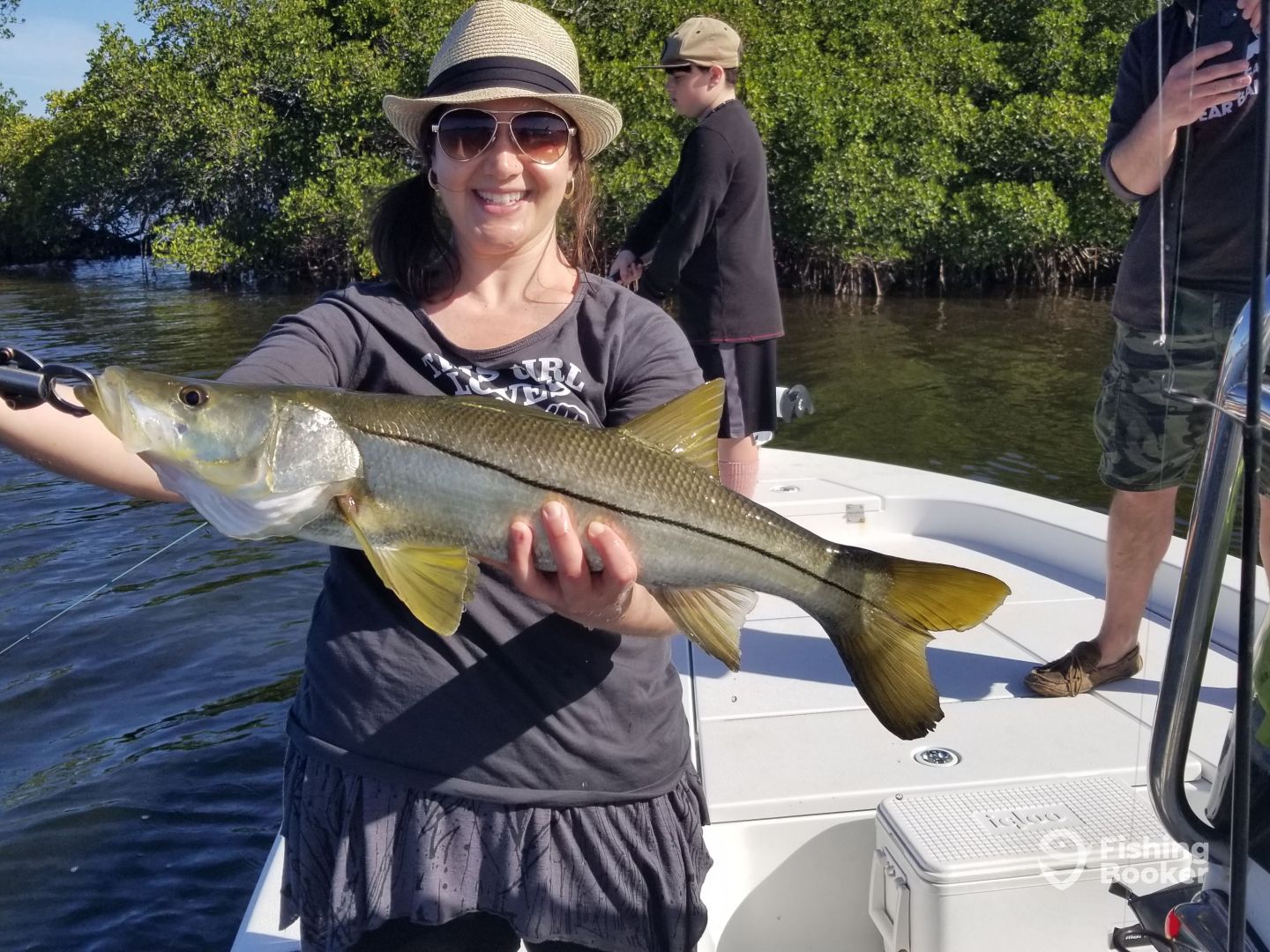 Your trip will start on a 22’ Ranger bay boat, a reliable vessel that can accommodate up to 4 anglers. It uses a 200 HP Suzuki engine that can reach a maximum cruising speed of 38 knots, has got modern navigation technology that features GPS, a fishfinder, and radio, and is equipped with a livewell to supply you with live bait. 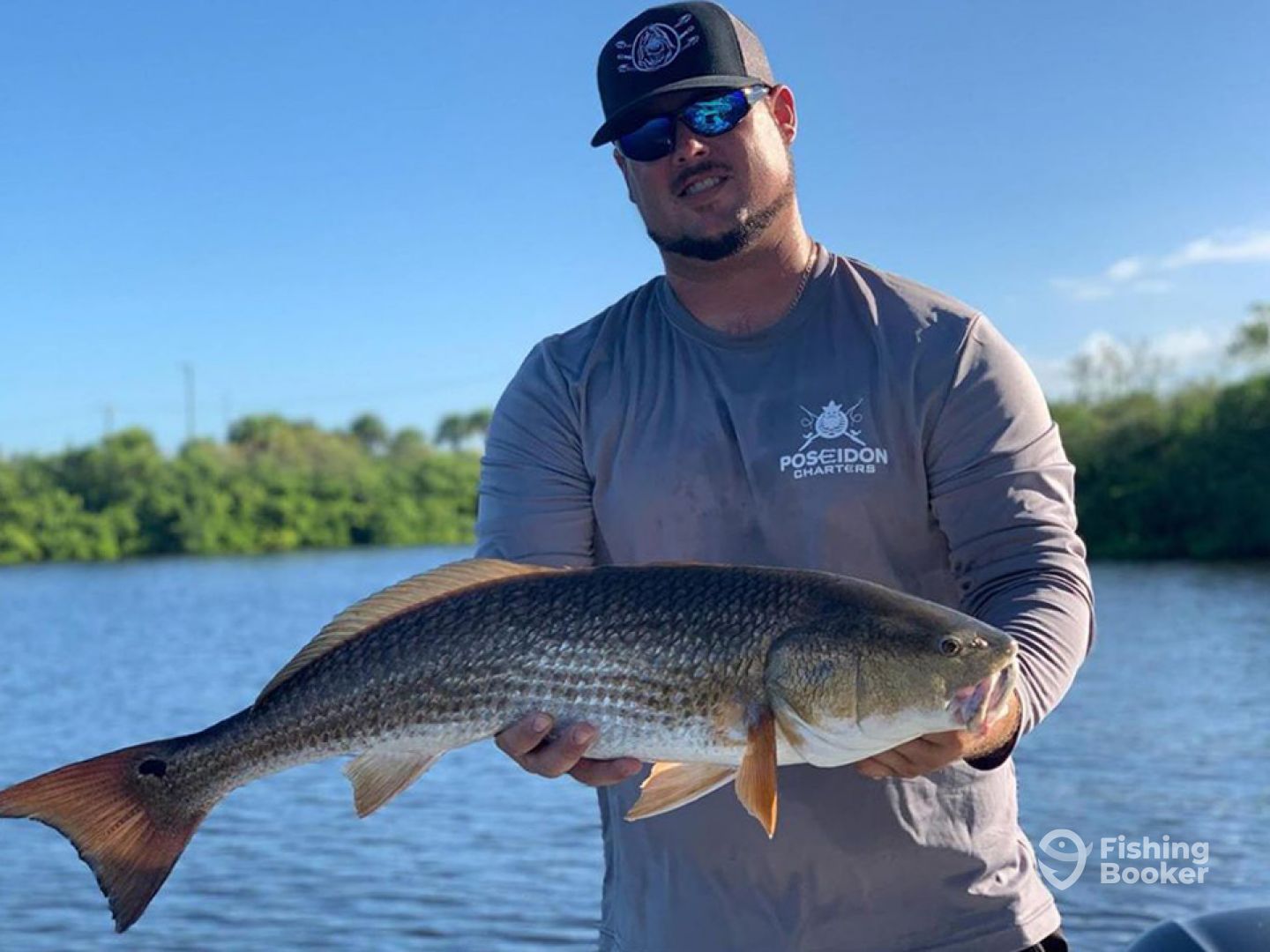 Hop aboard his 26’ Crevalle bay boat, ideal for navigating the diverse waters in Tampa. She’s perfect for anglers who all want to fish at the same time and is decked out with features to keep you comfortable all day. That includes a small toilet inside the console, ample seating and cushions, and lots of shade to keep you out of the Florida sun. 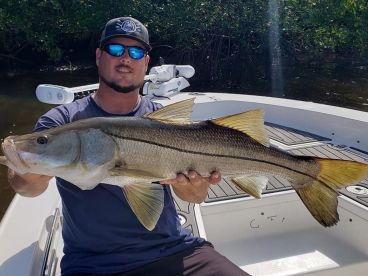 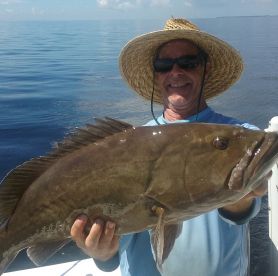 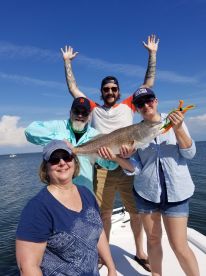 Take A Day Off Fishing Charters 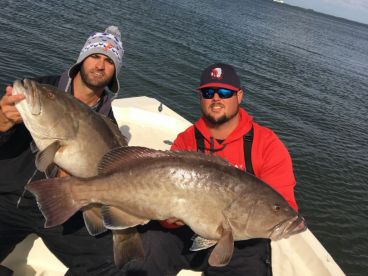 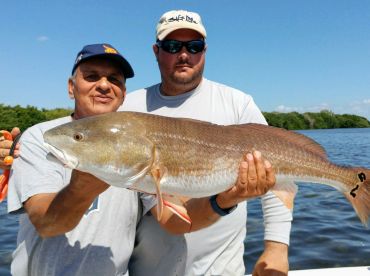 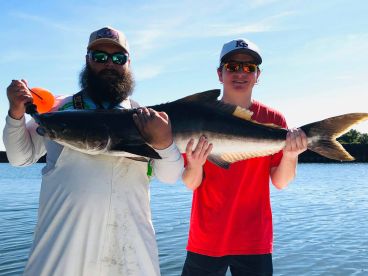 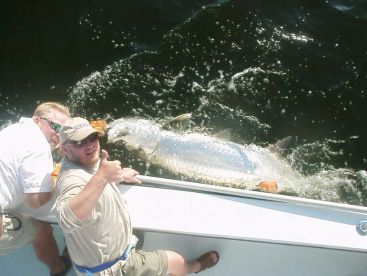 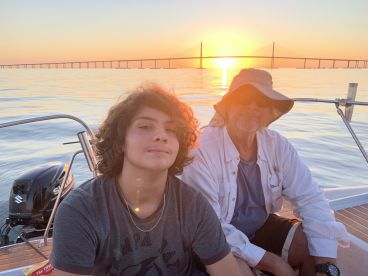 Redfish are present in the Tampa Bay throughout the year, with peak populations following the annual arrival of schools of mullet in early March and additionally resurging again in September to spawn.

Reds in the Bay may be considered juveniles, as they hide out in these shallow waters until maturity, when they venture offshore. However, they are still great game to go after and will put up a fight. They can be caught in the same places as snook, trout and other flats fish.

Redfish fishing in Tampa varies slightly throughout the year. High season is March to April and September to November. Low season is January to February, May to August and December. There is no closed season.
Tampa
4.68
Based on 21,036 reviews by FishingBooker anglers

Fishing with Ike
Mitchel C. fished with Tampa Bowfishing Charters on March 26, 2021
Just do it its worth every penny and you can take that to the bank!
Fishing with Max
Donna R. fished with Downtown Tampa Charters LLC on December 27, 2019
If looking for a bigger boat to go out farther don't forget to ask about the boat lol I was expecting a bigger boat (didn't ask or specify) and wanted them to go further out but from the two boys point of view I got exactly what I wanted...a great experience...
Captain Sam is the Absolute Best
Jason P. fished with Baytime Charters on July 5, 2019
Great fishing but extremely hot so plan accordingly
Awesome experience
Angie H. fished with Captain Skunk Beard Inshore Fishing on July 1, 2019
Book with captain skunk beard. You wont regret it
Great Night!!!
Jason A. fished with Tampa Bowfishing Charters on May 7, 2019
Book with FishingBooker.com. Easy to do and you will not be disappointed.
1hr refreshing Trip with Max Rowe.
William K. fished with Downtown Tampa Charters LLC on May 5, 2019
Listen to the local Fisherman.watch the weather.
Fishing with Ariel
Ed P. fished with Capt Ariel Charter Boats Inc. on April 22, 2019
Just like fishing anywhere else, book a great guide and have fun on the water !
Awesome trip!
Robert C. fished with Charlton’s Reef Charters on April 6, 2019
If you can't catch fish in Tampa, something is wrong! Great place to wet a line.