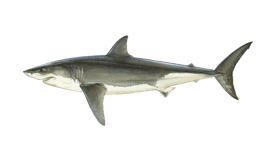 Seen "Jaws"? This is the protagonist.

With just two species of sharks and the giant manta ray weighing more, the Great White is among the largest known cartilaginous fish and marine creatures in general. With only humans and the killer whale to fear, these predators are as apex as can be, hacking and slashing at anything smaller than they are using their 300 teeth.

Contrary to common belief, humans are not on the Great White menu, nor are they mistaken for seals. Even though this species leads the way in fatal unprovoked attacks on humans, they have mostly been accidents and consequences of this shark's general readiness to bite.

An interesting fact about the Great White is that its primary sense used for navigation and hunting is the electrical detection one. Apparently, these fish follow the Earth's magnetic field when migrating thousands of miles. Also, as research suggests, their attraction towards electrical energy might explain cases of attacks on boats.

Great Whites are thought to have a clearly established social hierarchy. Intelligent creatures that they are, they respect larger members, females and those who have been inhabiting the territory for a longer time. They live throughout the water column - have most often been found close to the surface, but have been recorded diving to depths of up to 4000ft.

The average fully adult Great White will be between 12 and 16ft long and weighing up to 5000lbs. The largest specimen on record was an incredible 21ft long and 7000lbs heavy, but it is assumed that the species can grow much larger. They can also live up to about 70 years, making them some of the longest lived cartilaginous fish.

Great Whites can be found in oceans throughout the world at temperatures between 54 and 75°F. In North America they can be found from California to Alaska in the west and from the Gulf of Mexico to Nova Scotia in the east. They are present off eastern and western South America, South Africa (with the densest known population recorded around Dyer Island), eastern Asia including Japan and China, Australia (except NT), New Zealand and in the Mediterannean Sea.

There are records showing that Californian specimens move to a spot halfway between the Baja California Sur and Hawaii, popularly dubbed the White Shark Café, during winter and spring. Other records show that sharks from South Africa sometimes swim all the way to Australia and back within a year. All in all, not enough is understood about the migrations of Great Whites, but large females are generally thought to move to warmer waters during colder months to give birth.

Great White sharks are a protected species along the coasts of USA, Australia and South Africa. No harvest, possession, landing, purchasing, selling or exchange is allowed. 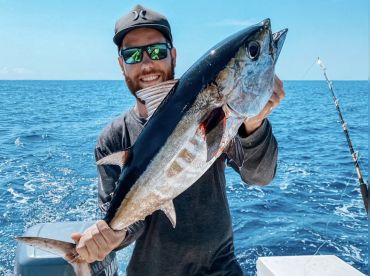 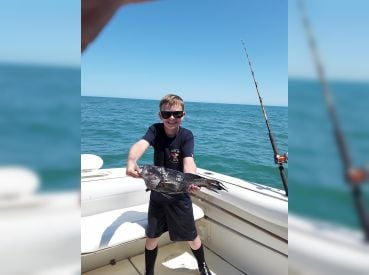 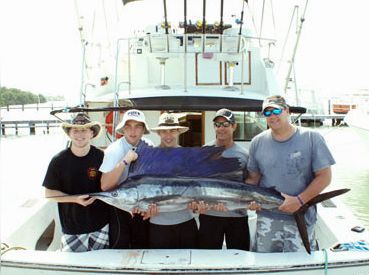 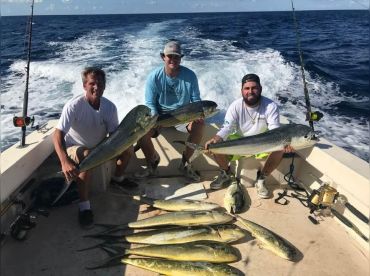 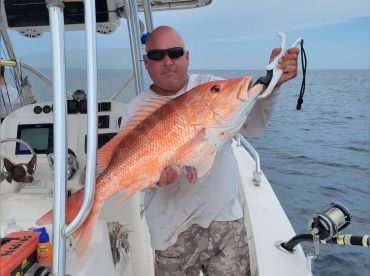 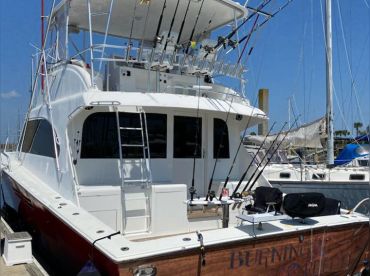 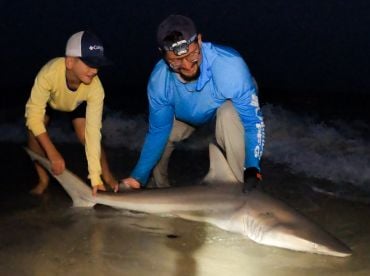