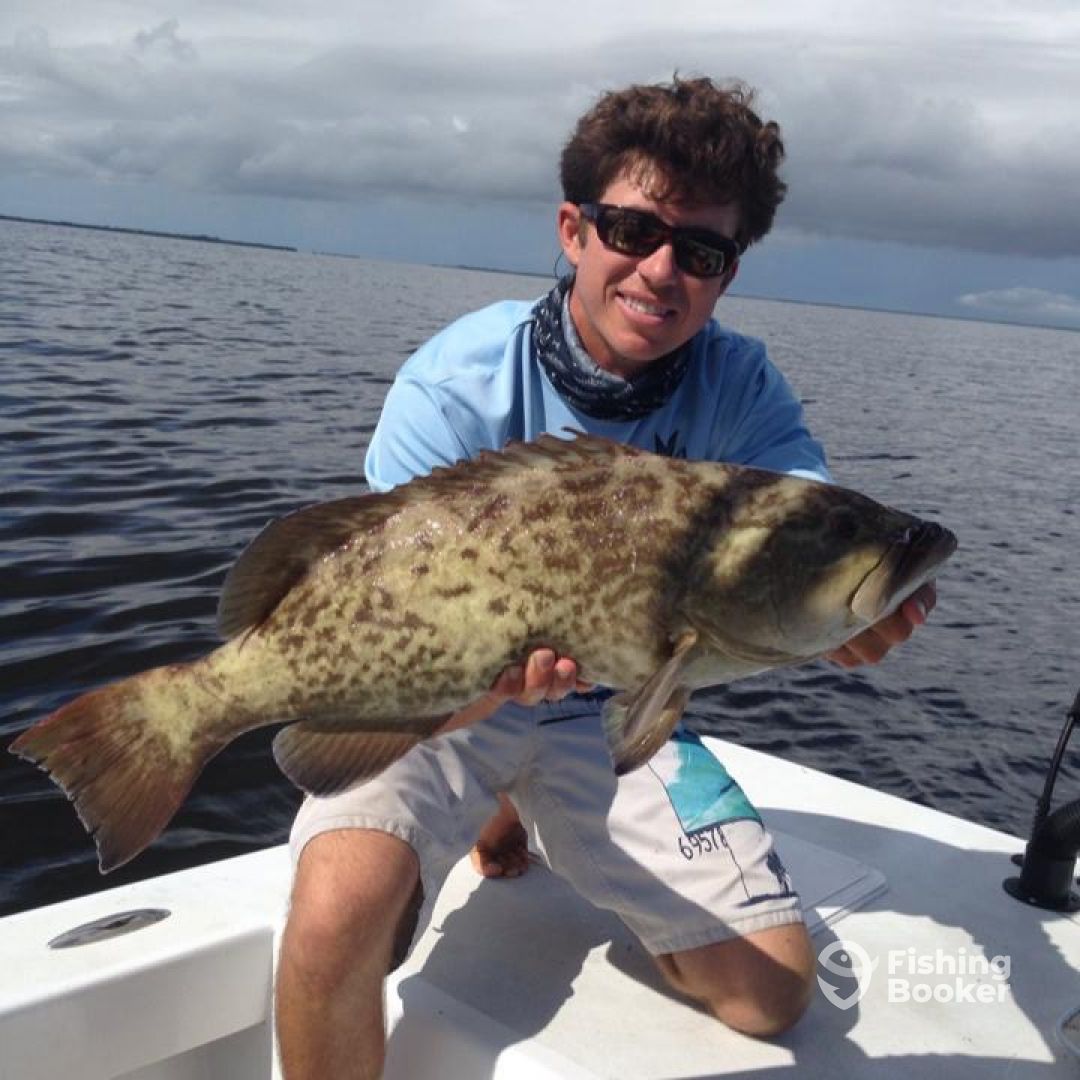 The local waters are teeming with both good-eating and trophy fish and Capt. Scotty is dedicated to taking his anglers to the best bite. Whether you’re on the prowl to land your personal Tarpon record or you’re in the mood to chase predators like Blacktip Shark, Sanibel is the place to be. 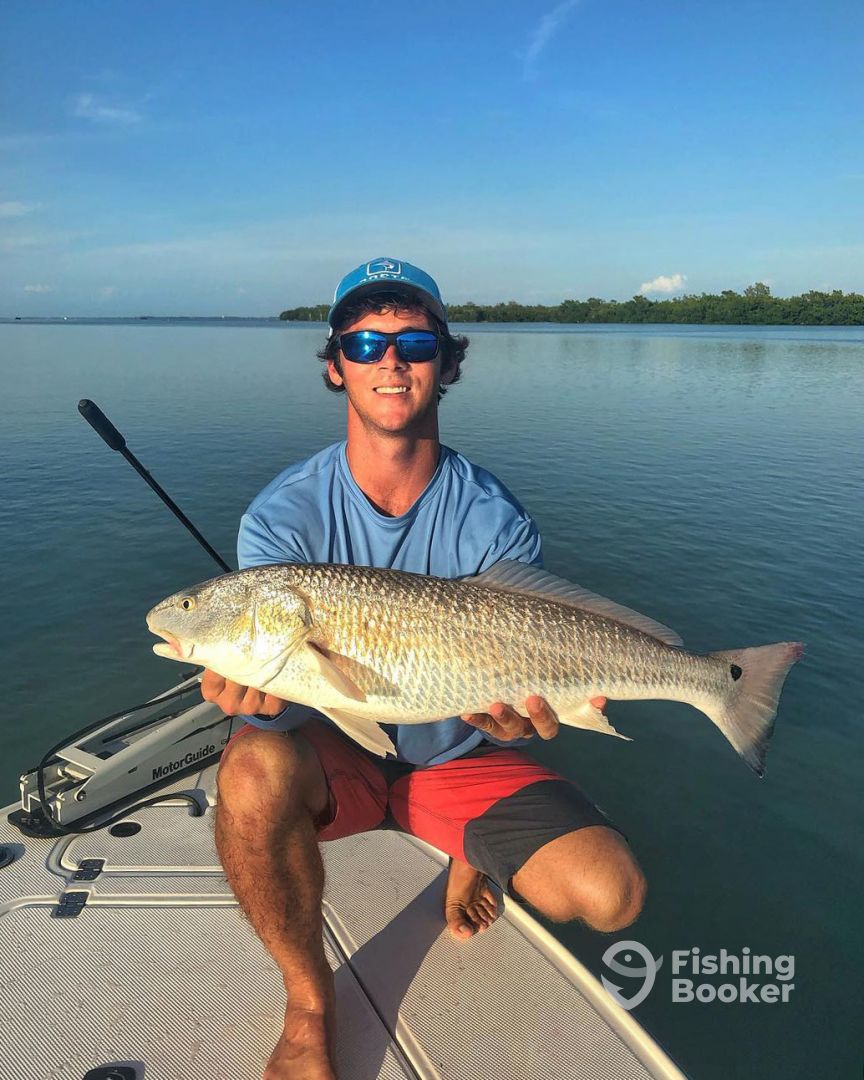 To make your trip more comfortable, Capt. Rob allows for only 3 guests on the boat. This way everyone can fish at the same time. You’ll aboard his 18’ Key West boat, powered by a 150 HP Yamaha engine. This flats boat is perfect for shallow waters you’ll be fishing in, and it features a live bait tank and an ice box. 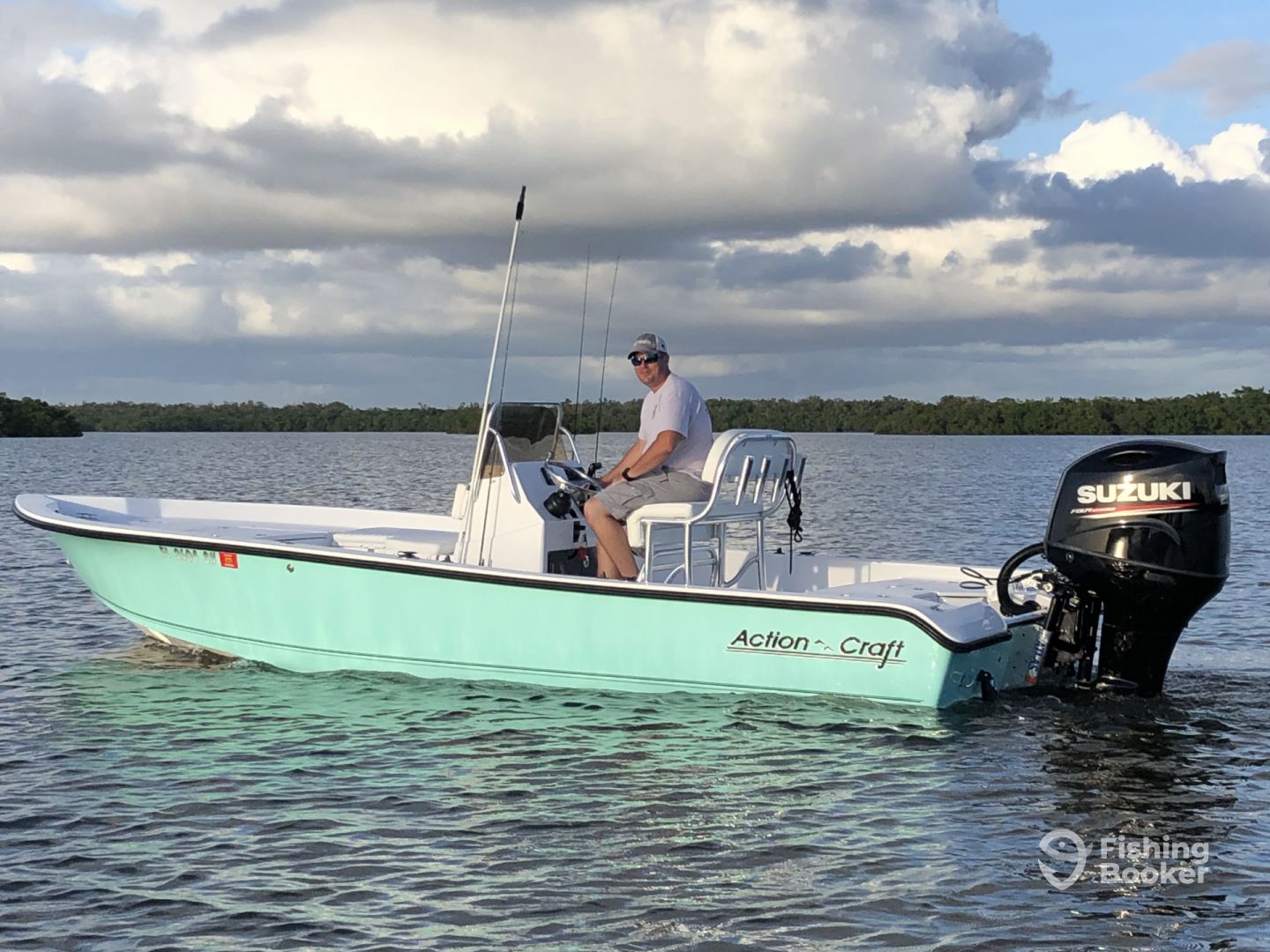 Hop aboard a 22’ Action Craft, that accommodates up to four guests. This brand new bay boat was built in 2020 and has the latest navigational electronics. There’s a 200 HP Suzuki engine, a wireless trolling motor that will let you sneak up on the fish quietly, a live bait tank, and a cooler. 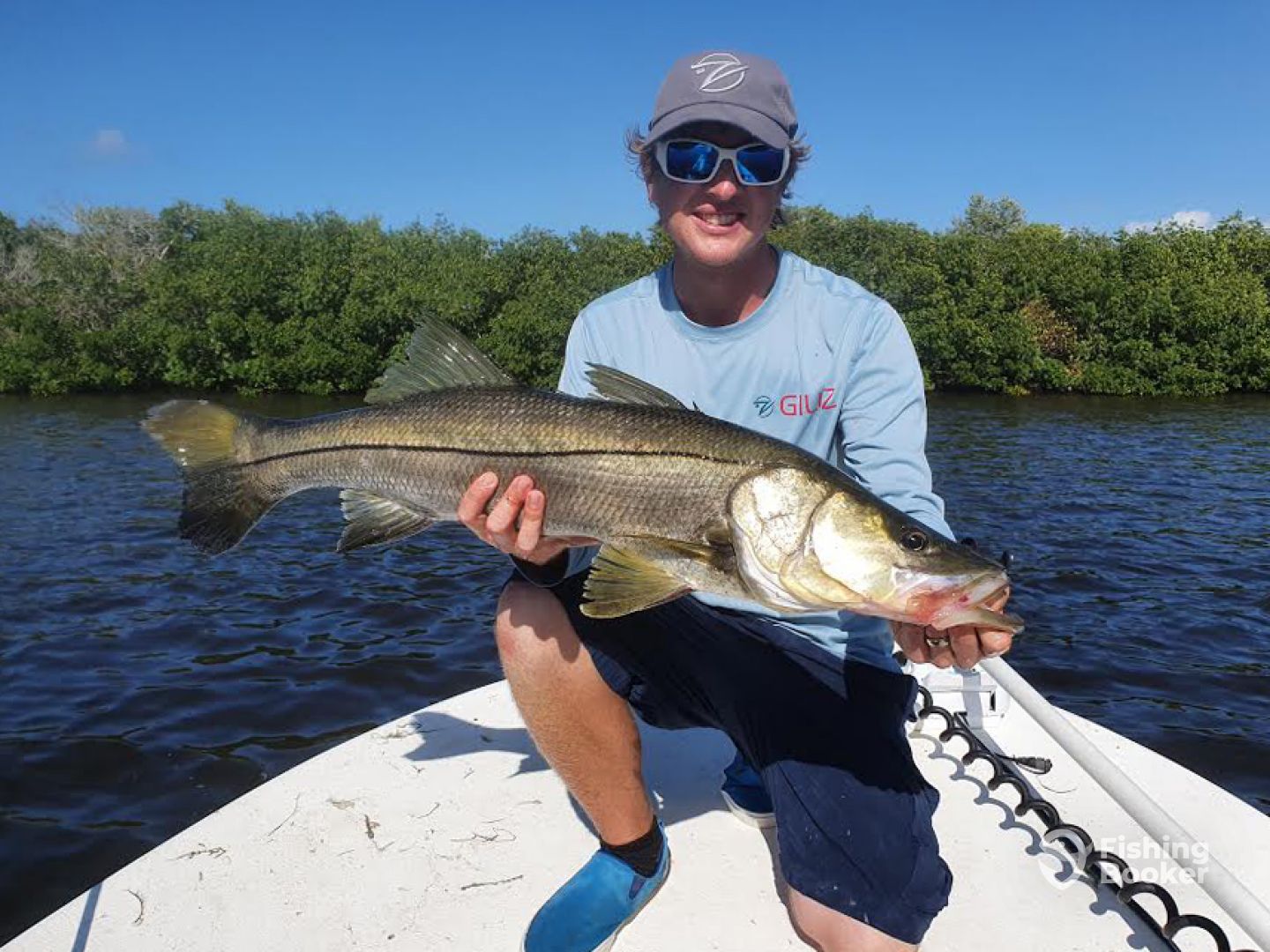 Join Capt. Cody on his 23’ Panga boat, which offers a comfortable and smooth ride. There’s enough room for 3 guests, so bring your friends and family. Kids need to be at least 4 years old, and life vests for them are provided. Capt. Cody is great at teaching the little ones how to catch their first fish and he can keep them entertained during the whole trip. 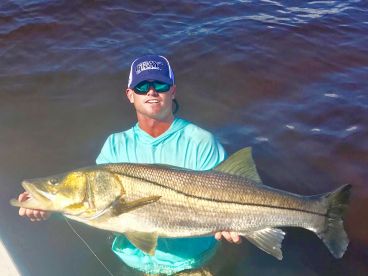 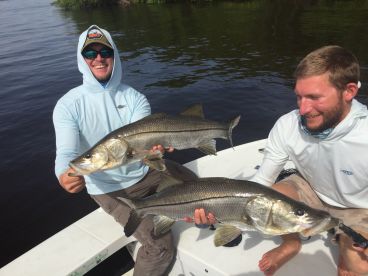 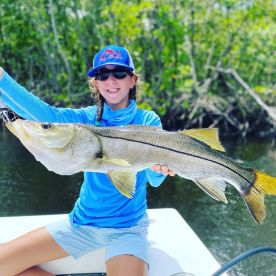 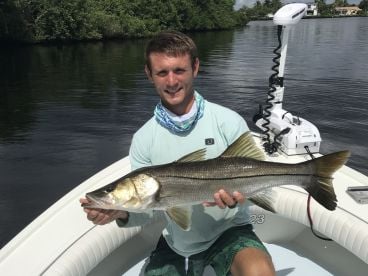 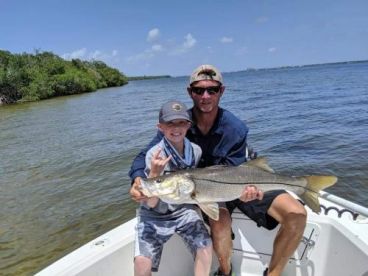 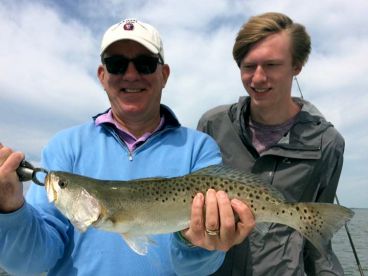 Sanibel has been described as the birthplace of Tarpon fishing. The first recorded catch on rod and reel happened right here in Sanibel’s Tarpon Bay way back in 1885 and anglers have been perfecting the art ever since. Sanibel Tarpon fishing is viable year-round, with a permanent population settling down in the island’s shallows. It is the yearly migration which makes the area famous, though, and its proximity to the famous Boca Grande Pass is just the tip of the iceberg when it comes to big Silver Kings.

When should I visit?

The “summer migration” can be a bit of a misnomer here in Sanibel. The first big schools are often seen as early as March, and can stick about as late as October before finally moving on. During this time, fish and anglers take to these waters in insane numbers, with schools a hundred strong found in any depth of water.
If you are after the biggest and meanest out there, the king of kings, then this is the a very special time and place to visit, but there is no bad time to target Tarpon in Sanibel. Even in the depths of winter, you can catch fish as big as 100 pounds here. If your priority is to fish in peace without worrying about other anglers spooking or hooking the best catch, wait for the yearly migrations to subside before heading down to Sanibel.

Where will I fish?

Boca Grande Pass draws anglers like flies to honey every summer and has earned the nickname Tarpon Capital of the World. If you are around in the early summer months and want to witness one of the craziest events in inshore fishing, head to the pass and take part in the madness, as schools several hundred strong are met by an army of anglers wanting their slice of angling heaven.
Sanibel has much more going for it than just one pass, though. Spots like Tarpon Bay are as worthwhile today as they were back in the 19th century, and the tidal waters of the Caloosahatchee River are the winter home for many resident Tarpon.

How will I catch them?

There are many ways to target Tarpon, but fly fishing is the favorite in these waters. Hefty 12-weight rods and big, three-inch-long Black Death flies make for the most challenging and enjoyable angling you could ask for. If regular tackle is more your style, beefy 50-pound tackle with spinners, plugs, or live Blue Crabs or Pinfish will have you hooked on a winner faster than you could believe.

The standard rates for Sanibel fishing charters are $100 an hour, with $50 or so knocked off the price of ¾ and full day trips. During high season, some charters will run specialist Tarpon trips with tackle, bait, lures and flies set up to make the most of the huge migration. This is well worth the money for experts, but a standard trip will do just as well for entry-level anglers, and will normally cost a little less.

Tarpon fishing in Sanibel varies moderately throughout the year. High season is May to July. Low season is January to March and September to December. There is no closed season.
Sanibel
4.47
Based on 22,047 reviews by FishingBooker anglers