You will fish aboard a 57’ Westcoaster powered by a 700 HP Fiat Iveco engine. This vessel has a maximum cruising speed of 21 knots and comes equipped with everything you need for some serious sportfishing. 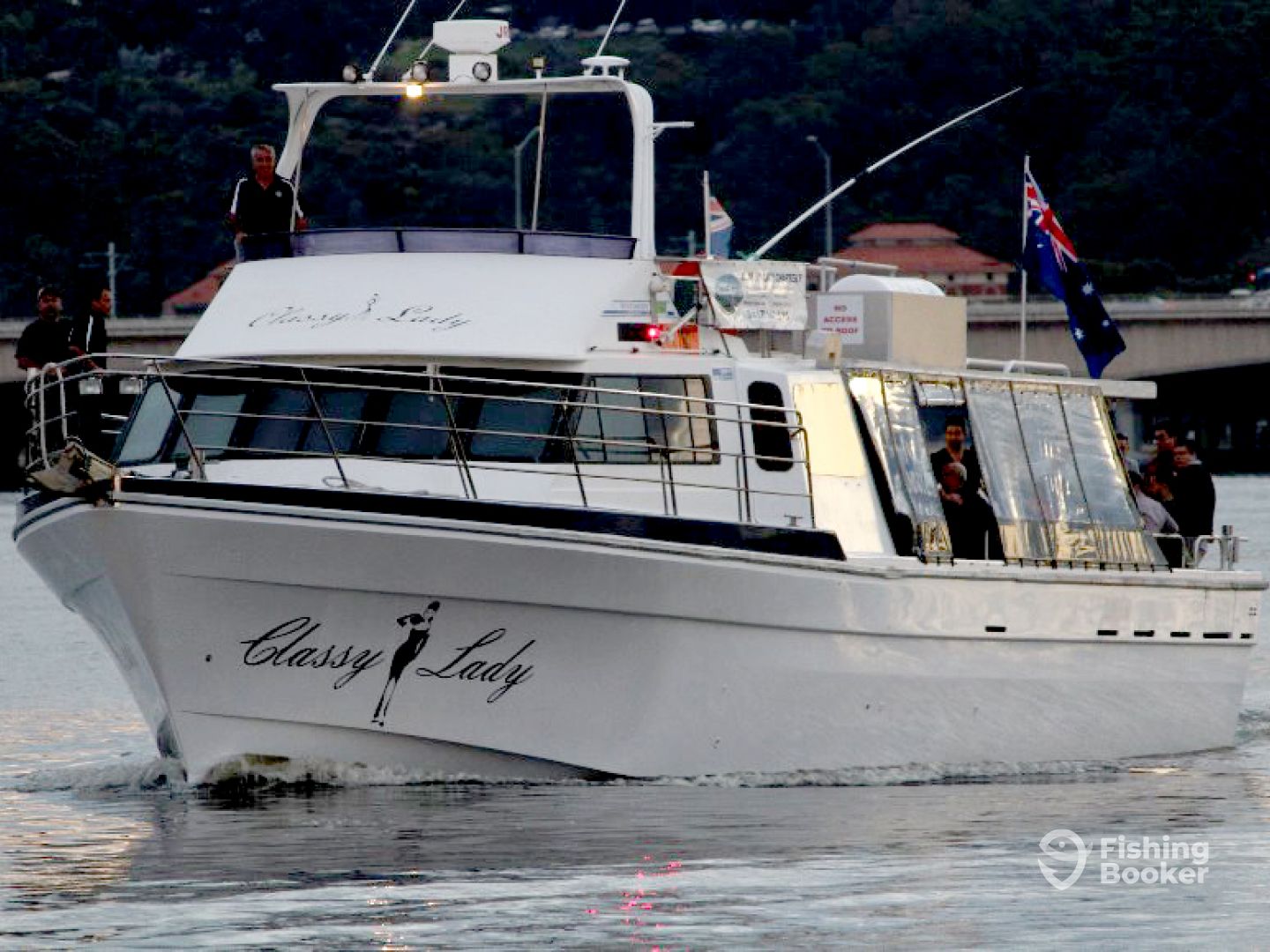 Classy Lady Charters are based in Perth, Western Australia, and are waiting to take you on one of their offshore fishing charters. Whether you are looking to join a fun shared trip, are planning to head out on a private charter with a group of friends this team can cater to your wishes.

The offshore fishing Perth has to offer incredible game. The city itself offers a vibrant life and a number of anglers who head out into the Indian Ocean past Rottnest Island in the morning, sip coffee in one of the trendy spots in downtown Perth in the afternoon. The fish species you can target offshore range from pelagics to demersal, are exciting to catch and tasty to savour.

What can you fish offshore in Perth?

One of the species that causes major publicity in the angling community are Tuna. The same goes for fishing offshore in Perth. You can get schools of Southern Bluefin Tuna just past Rottnest Island aka ‘Rotto’. Look for birds and bait fish.

Yellowfin Tuna are also big and frequent these waters during summer and autumn months. They produces real frenzy and even hardcore anglers get goosebumps when the line gets pulled.

If you want more sweet memories, Perth’s not done with you. There are a number of FADs out of ‘Rotto’. FAD stands for ‘Fish Aggregating Device’ and refers to all those man-made objects (such as buoys and flats) that are placed in the water to attract pelagics. The FADs out of the Rottnest Island fish well for Mahi Mahi, and some Striped Marlin have shown up in the heat of the summer.

For some good old fashioned trolling, check out Five Fathom Bank for Spanish Mackerel during summer. If you scout around the bottoms, you can get Dhufish.

And, if you want a taste of a local delicacy, Yellowtail Kingfish swim around the Rotto. They respond well to deep jigging. Another popular spot is the Three Mile Reef. It produces feisty game fish.

If you’re willing to travel past the 15 kilometer mark and explore the Rottnest Trench, you can also get Mahi, as well as Blue-Eye Trevalla, aka Antarctic Butterfish.

When to go offshore fishing in Perth?

The safest bet is to head out in the summer months. This way you will maximize the chances of getting several specimens of hard hitting game fish in a single day. Find a full day charter and consult with the captain on the course. This is not for people with young kids, but is a great way to spend the day with your mates and colleagues, especially if you don’t suffer from motion sickness