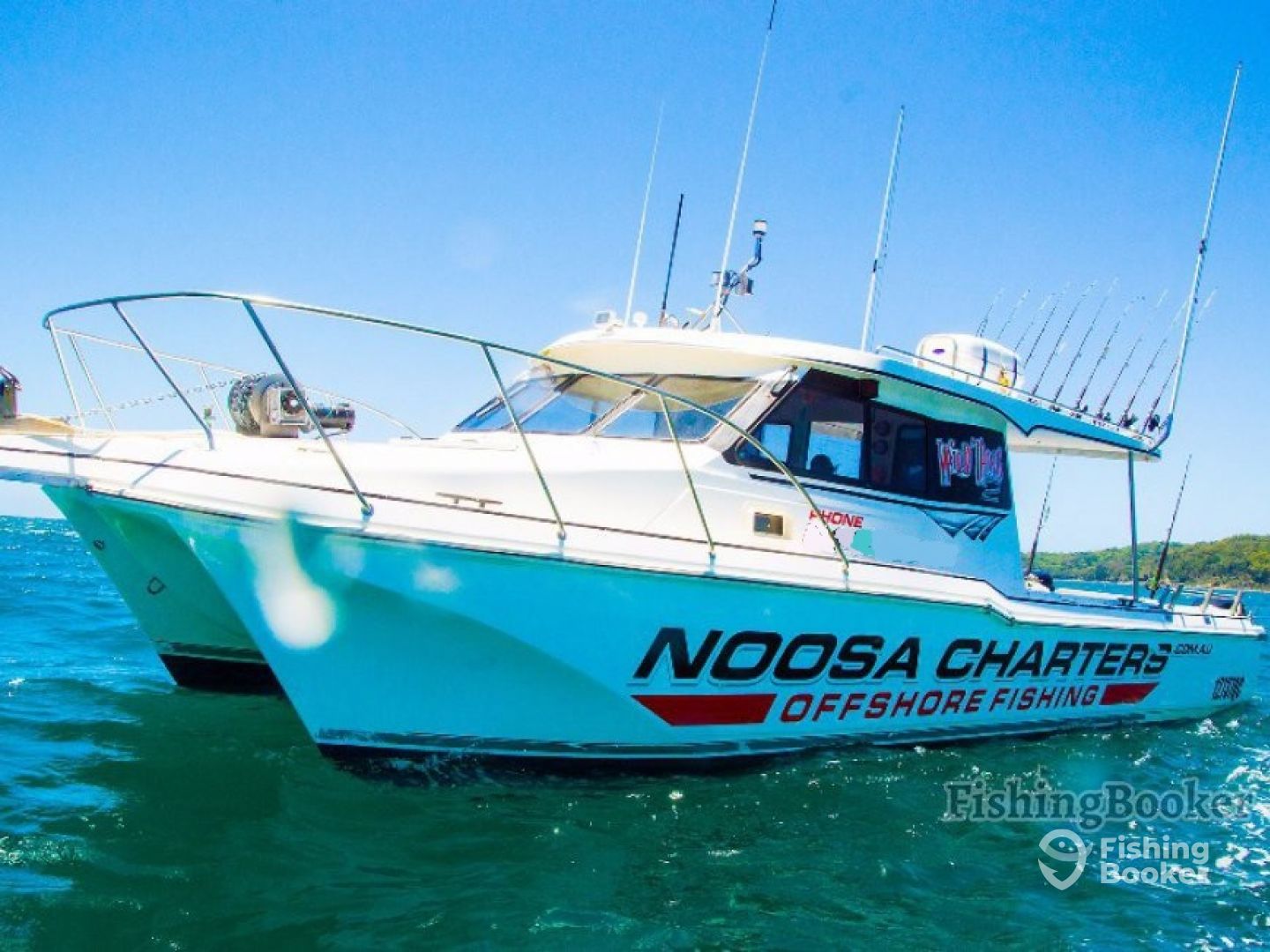 Noosa Charters offers trips of various lengths out among the many reefs off Noosa, Queensland. Head out from the so-called "Sunshine Coast" and discover a paradise of beautiful beaches and bountiful seas, with a huge selection of species to target. 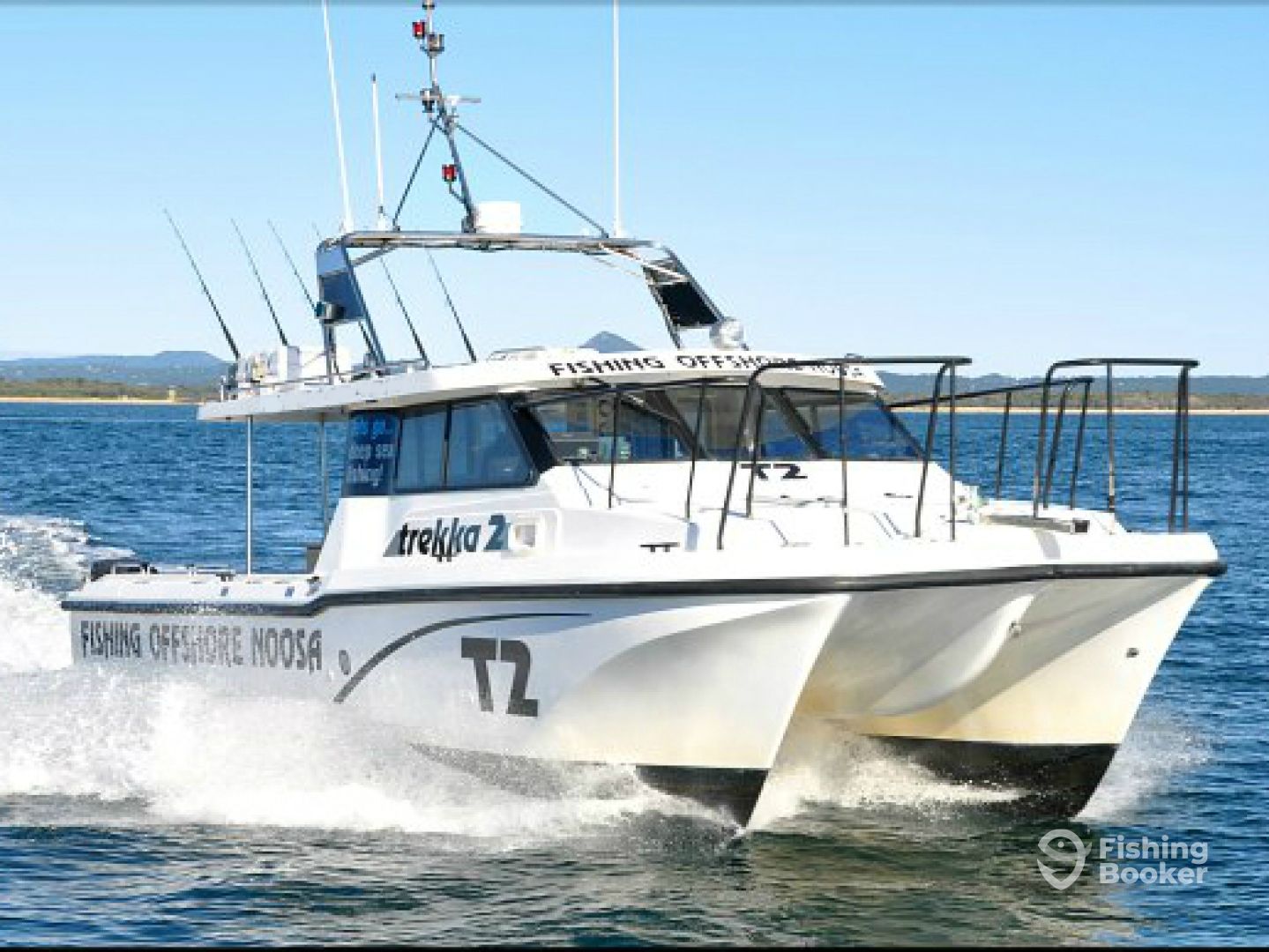 You’ll be fishing from the "Trekka 2," a 32’ Cougar Cat catamaran, with room for up to 12 guests. Powered by twin 300 HP Yamaha engines up to a cruising speed of 30 knots, you’re sure to get out to the deep waters in no time, while her twin-hull design makes for a stable ride even at speed. 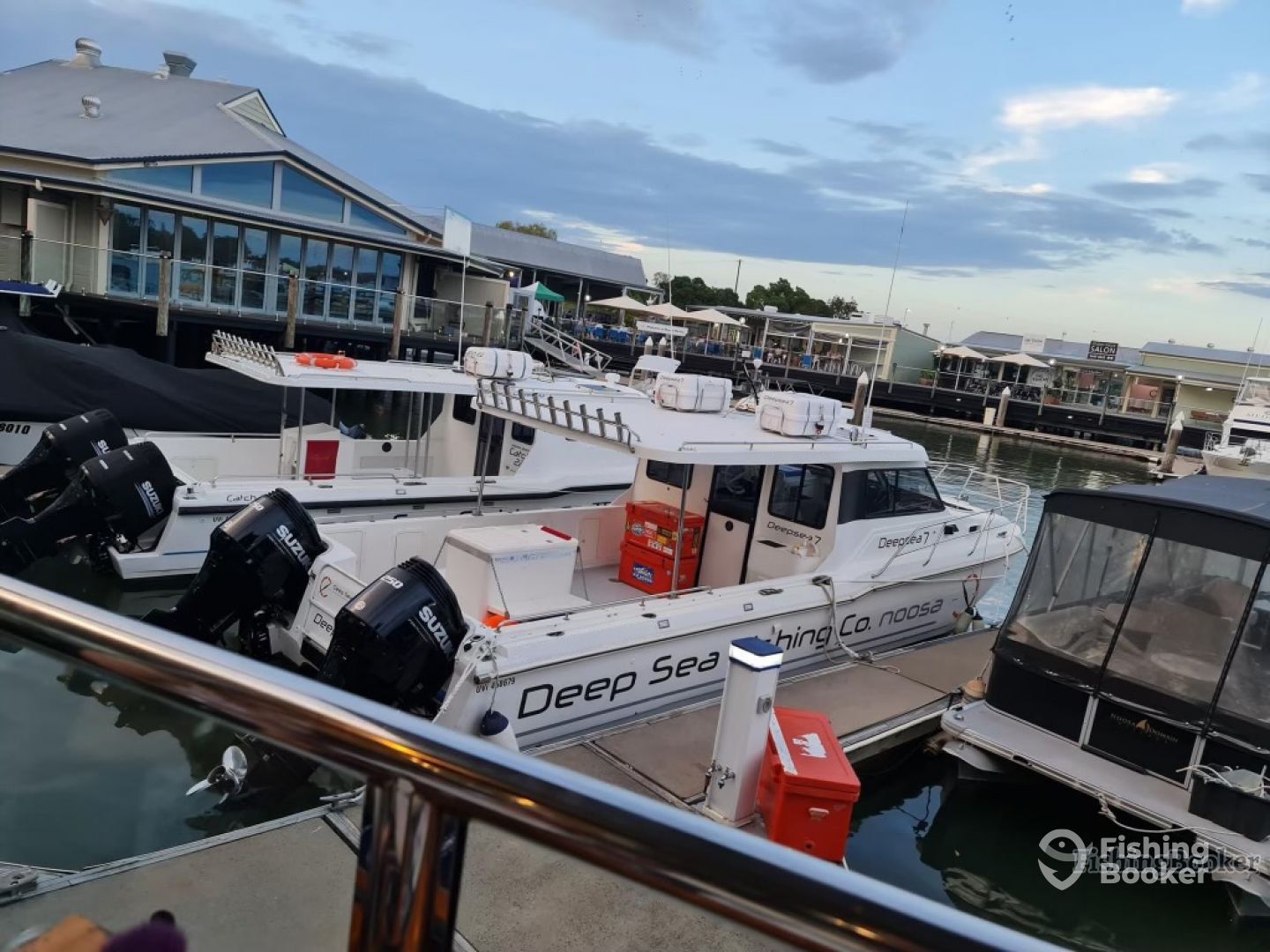 The adventure starts on one of the company’s two 36’ catamarans, named “Catch 22” and “Deepsea 7”. Both vessels are spacious, ensuring each angler will have plenty of space to fish. Each boat is equipped with twin Suzuki engines and features the latest navigational electronics. 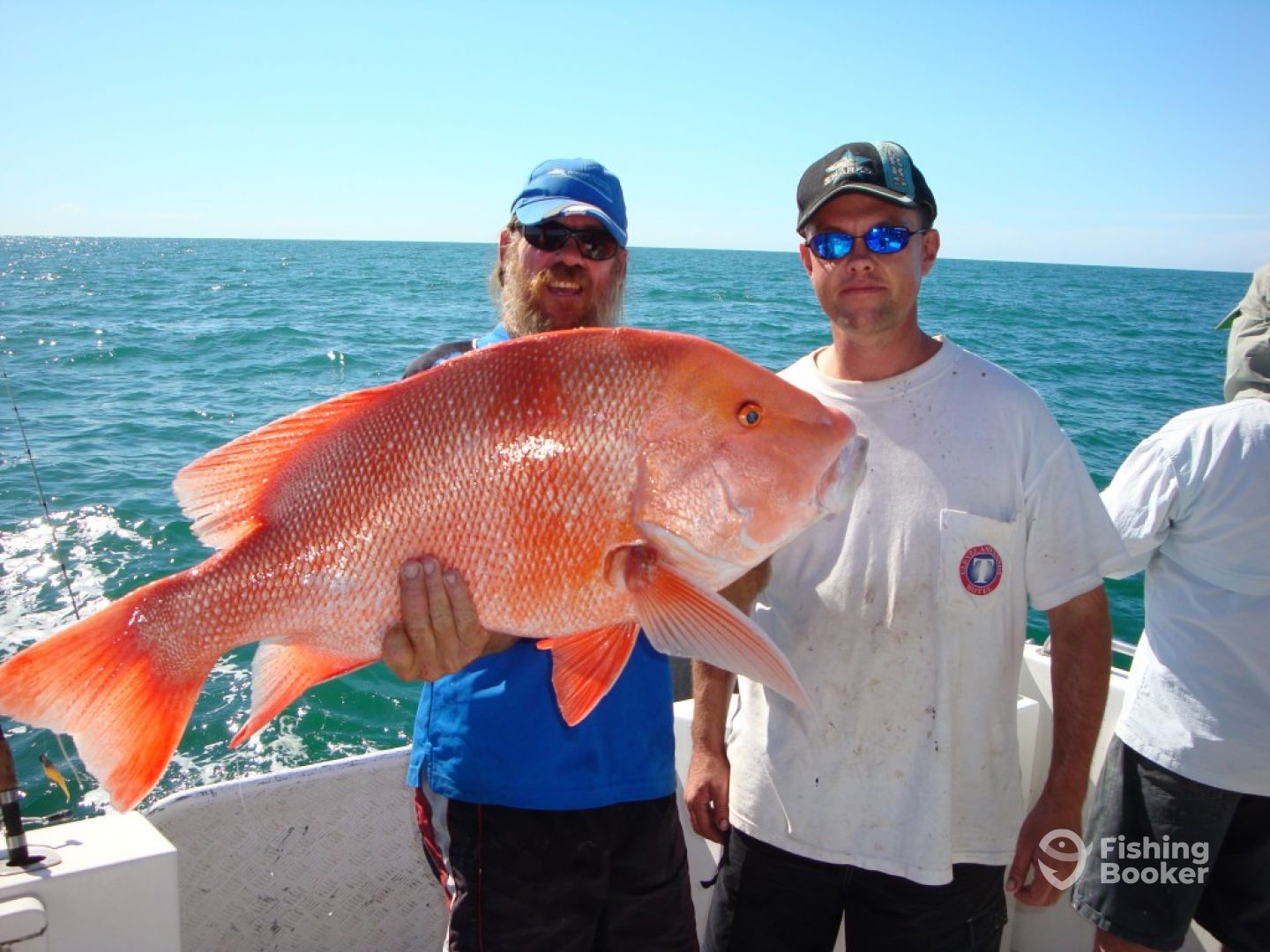 Tag along for an angling trip that could last anywhere from 5 to 9 hours and explore the abundance of the waters surrounding the East Coast. Your experienced skipper will know exactly where to go to get you on the red-hot bite, and then it’s your turn to cast your line and fish out something spectacular.

When you think of fishing in Queensland, the Great Barrier Reef is definitely one of the first things that comes to mind. The second should be fishing offshore – Noosa allows for a lot of opportunities for deep sea fishing. Travel time to incredible fisheries is minimal, allowing for trophy-sized catches on a day charter.

Noosa Heads is a two-hour drive from Brisbane and well worth the journey, featuring an incredible National Park and fishing choices – lakes, rivers, reefs, and deep blue fishing all await.

When heading offshore, you’ll be game fishing in some of the best fisheries around. Expect to hook up Blue Marlin, Sailfish, Mahi Mahi, Mackerel, Tuna, Bonito, Kingfish, and many more. You might even be lucky enough to reel in a Swordfish in these warm current waters.

Noosa is perfectly situated in the middle of the east coast to have Coral Trout, Red Emperor, Snapper, and Pearl Perch migrate here, too. These are found around the multitude of reefs in this area.

Offshore fishing from Noosa gives anglers options, depending on how much time you have to spare on your vacation. The reefs offshore are home to varied species, some that you’d normally have to go much further out typically to find.

Head east of Noosa Heads to get to Chardons Reef. Pelagic species gather here to feed on baitfish, making this a hot spot for Marlin. Also expect to reel in Red Emperor, Pearl Perch, Teraglin Jew, and Snapper.

The Barwon Banks are an offshore reef system stretching 23 kilometers from end to end. It takes around two-and-a-half hours to get to the banks, but they’re worth the travel time. The action will see your rods bent constantly with big fish, more so if you choose to fish at night. Barwon Banks offer anglers the chance to fish in water 70–120 meters deep. Expect both large pelagics and reef species, such as Marlin, Amberjack, Cobia, huge Snapper, Kingfish, Pearl Perch, Red Emperor, Iodine Bream, Tuskfish, and many more.

Spring in the southern hemisphere begins in November – these warmer months, from November to May, are the best time to go fishing. The summer months are great for Mackerel, Sweetlip, and Coral Trout. During the winter in Queensland, expect good hook-ups of Pearl Perch and Snapper.

The optimum months to catch Black Marlin are from September to December.

Keep an eye on the moon when fishing offshore. Strong tides and better light can make it easier for you to target large prey.

If you're looking to go fishing offshore, Noosa will tick off excellent reef fishing and game fishing from your bucket list, all in one trip. Find a charter today and begin your adventure down under.