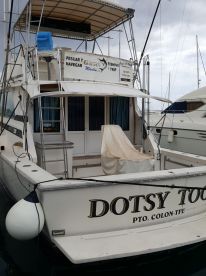 This well-maintained boat also boasts a restroom and a kitchen, great for when you want to head inside for a quick break before the next fish bites. Once you’ve got a deep sea predator on the end of your line, you’ll be super grateful for the fighting chair on deck too, giving you the best chance to reel in your trophy fish. 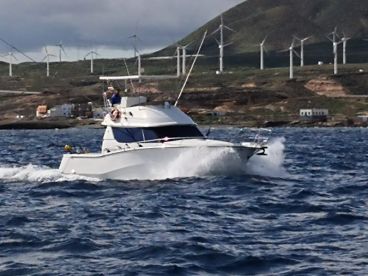 After their ongoing success with our first boat “No Limits One” catching records of giant Bluefin Tuna, giant Marlin and many more, they have now invested in the best boat on the Canary Islands, equipped with all types of rods, 130 Penn reels, 80lb Shimano Tiagra, 50lb Penn and Shimano, rods for big game fishing and stand up if you prefer it. The boat has a massive live well tank which the crew always tries to fill up with Mackerel, Herring, and other species, this makes the fishing much better. 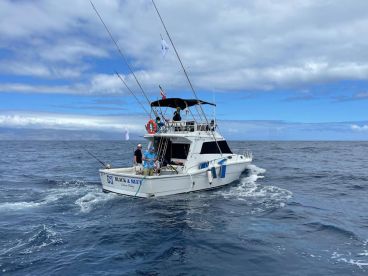 With Skipper Juan, you can explore nearshore and offshore waters, reefs, wrecks, and flats. He offers 4- to 8-hour trips, mainly fishing for Tuna, Marlin, Snapper, Grouper, Dolphin, Barracuda, Dentex, and Amberjacks, depending on the conditions. Some of the many techniques you can use include light tackle, deep sea fishing, trolling, bow fishing, jigging, as well as handline fishing. 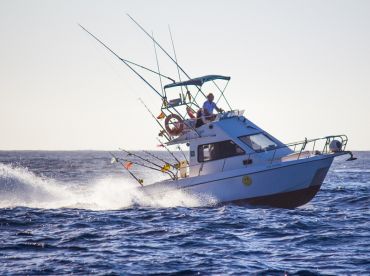 Captain Jamie will meet you with a warm welcome aboard the ‘Happy Hooker III’. She is a 28’ sport fishing catamaran with twin 240 HP Yanmar Diesel engines to get you to the fishing grounds quickly and safely. The Happy Hooker III can comfortably accommodate you and nine fishing buddies. On board, you will find the latest fishing technology and electronics to aid your search for the fish.

Located 200 miles off the coast of Africa, Tenerife is an angler’s paradise. The deep Atlantic waters are home to a range of monster fish. It’s no surprise, then, that deep sea and big game fishing in Tenerife is so popular. A way of life for the locals and an exciting sport for tourists, it’s truly a part of the culture.

When you think of the Canaries, your mind probably drifts to golden beaches and resort hotels. You wouldn’t be wrong, but Tenerife offers far more. Head beyond the noisy beaches to the heart of the ocean and enter a world you didn’t know existed.
With nothing around you for miles, you’ll be at peace with the ocean. Until, bang! You’ll hear the reels kick into action and you’ll have to respond quickly to make sure the fish doesn’t get away.
Big game fishing in Tenerife is not for the faint-hearted. Expect monster fish biting at the end of your line. These waters attract Marlin, Tuna, Mahi Mahi, Wahoo, and many more coveted species, so get ready for the fight of your lifetime.
Marlin are so determined to get off your line, that they’ll even leap out of the water. Tuna, on the other hand, will dive deep to try to get away. Both will require patience and skill, before eventually relying on sheer strength to hook ‘em aboard.
You’ll have the support of a professional crew and a purpose-built offshore sportfishing vessel. Make use of the trolling lines and lures, to troll, before settling into a fighting chair to steady yourself against your monster target!

To target the widest variety, come during summer. Blue Marlin, White Marlin, Mahi Mahi, Wahoo, and Albacore and Yellowfin Tuna will all rub shoulders to give you the maximum chance of landing that prized catch.

Everything you need for a productive day will be waiting for you on board your Tenerife deep sea fishing charter. Some boats may even provide lunch! Bring sunscreen, swimsuits, and a towel, and settle in for an incredible day out.
If you have children, check the captain’s policy as some charters may have age restrictions for offshore trips. Other than that, you’re good to go!
Where else could you battle it out with so many monster fish within a few miles from shore? If you’re on the island, book a fishing trip to make the most of the productive waters!
Tenerife
4.4 / 5
Based on 24,785 reviews by FishingBooker anglers

What anglers said about Deep Sea Fishing in Tenerife

What anglers said about Deep Sea Fishing in Tenerife 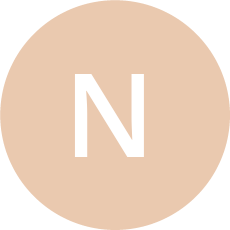 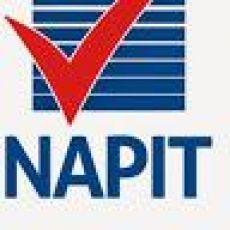 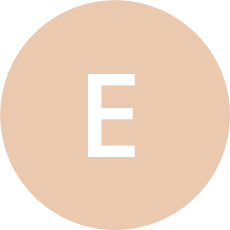