You’ll be touring around on a 25ft Carolina Skiff Bay Boat. This center console was originally built in 2021 and is powered by a 200 Suzuki engine, allowing you to cruise around the water up to 35 knots. It’s got onboard fishfinder equipment and a live bait well to keep it nice and fresh for your fishing adventure.

With St Andrew Charter Company you can pick a trip that suits you the best. Whether you go inshore, offshore, to reefs, flats, or wrecks, there will be plenty of fish to catch. You can target prized species such as Kingfish, Mangrove Snapper, Black Seabass, Gag Grouper, Triggerfish, and more. Using light and heavy tackle, you’ll be bottom and deep sea fishing, trolling, spinning, and jigging in order to attract your prey. All the catch is yours to keep if you wish so and you can also bring on your trip any kids you want. 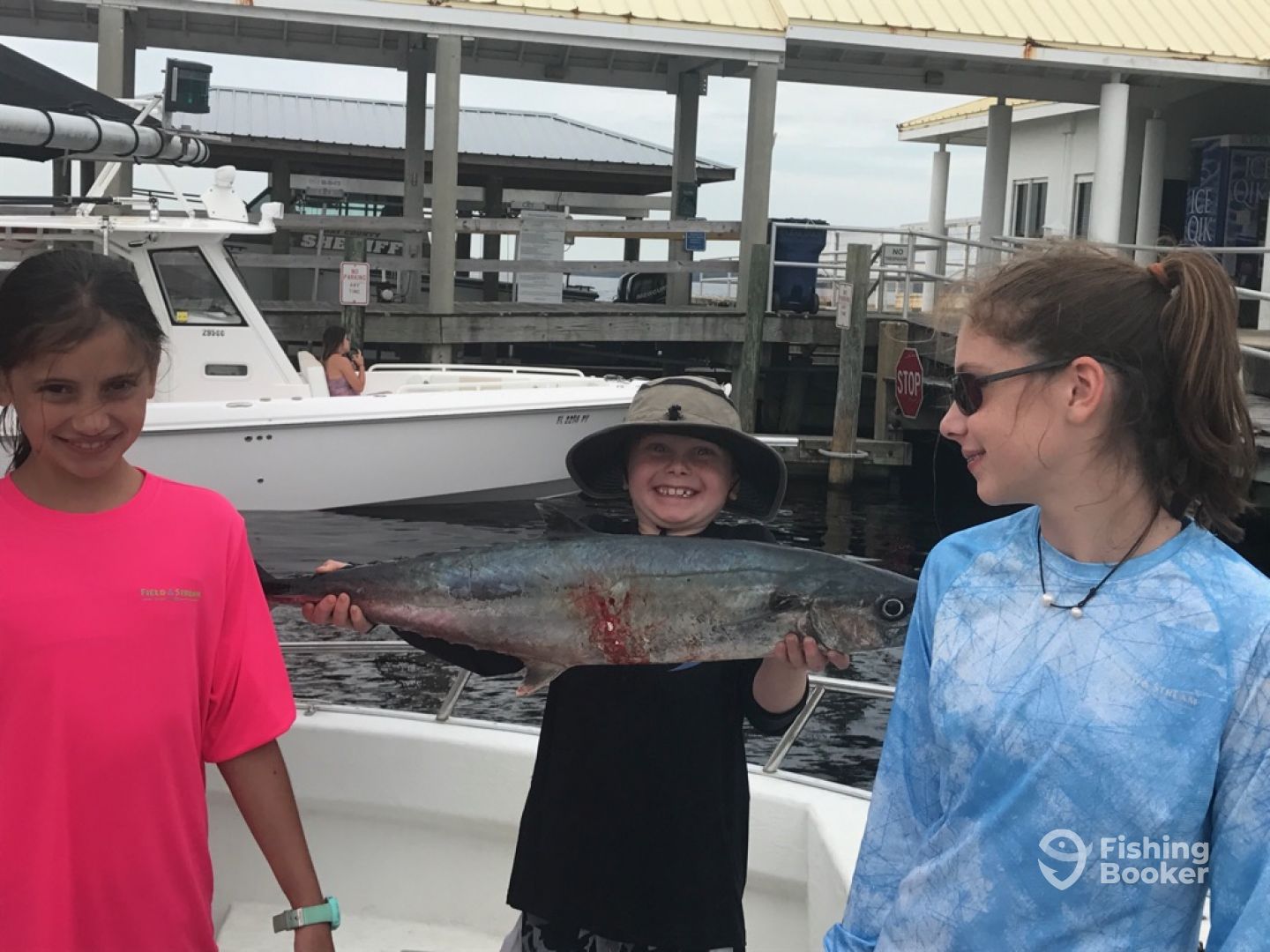 Fishing is done aboard a 22’ Cape Horn, which has an extended T-top for extra shade and a capacity for 4 persons. The vessel is powered by a 200 HP Honda engine which makes it fast and stable, with a maximum cruising speed of 35 knots. The onboard GPS and fishfinder will reveal the productive spots, the livewell will hold the bait, and the icebox will keep your catch fresh. 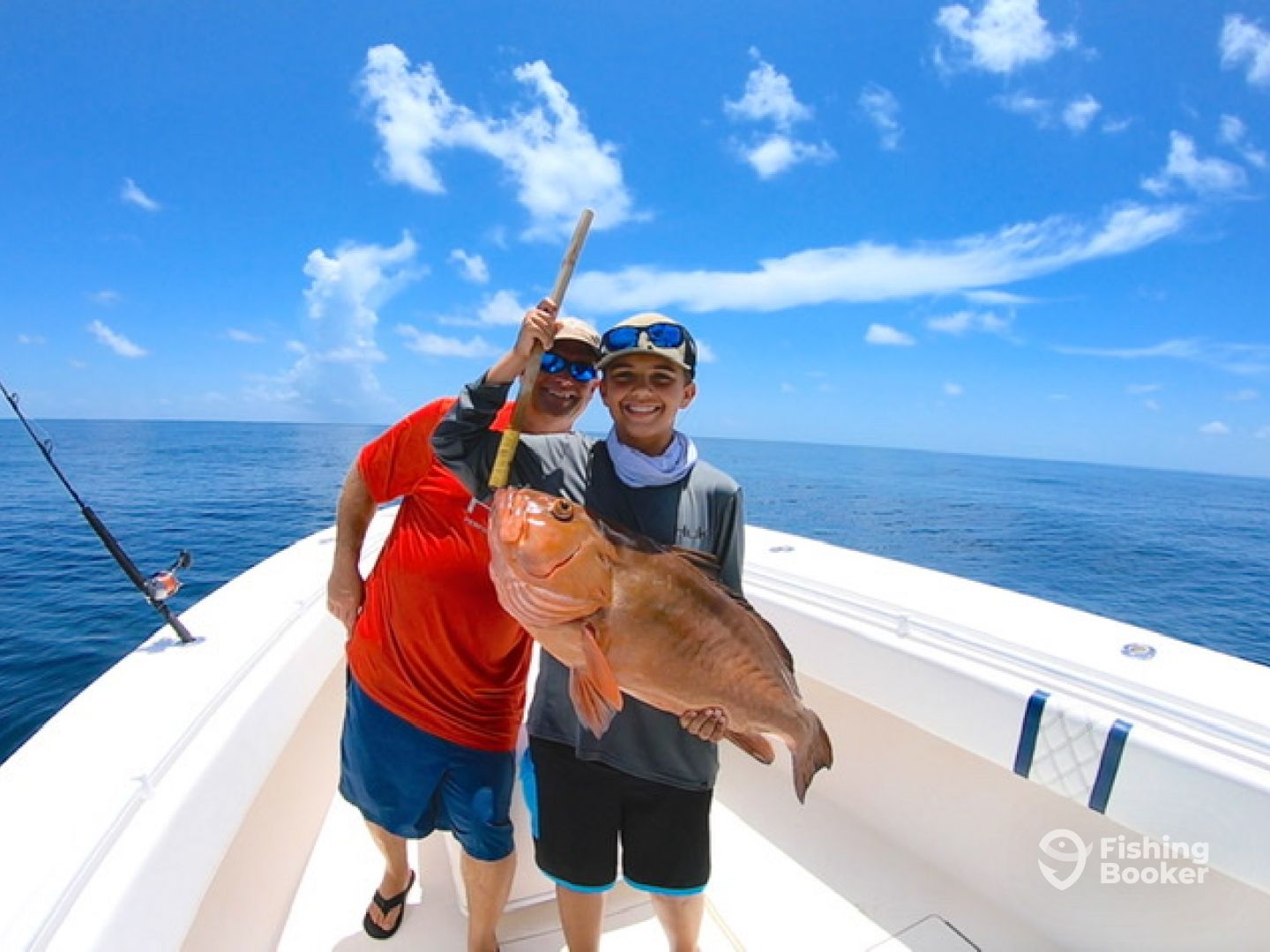 More experience? Head up to 50 miles offshore and try your hand at hooking huge, tasty reef dwellers such as Snapper species, including the mighty Red, and a variety of Grouper. On any trip, you may also find hard-fighting Mahi Mahi or Sailfish at the end of your line! If you want to combine your trip with some sightseeing or snorkeling, just let him know. 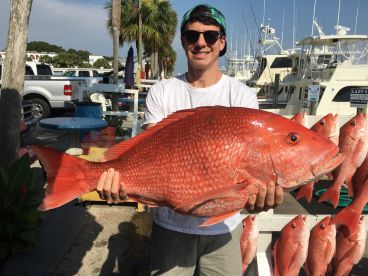 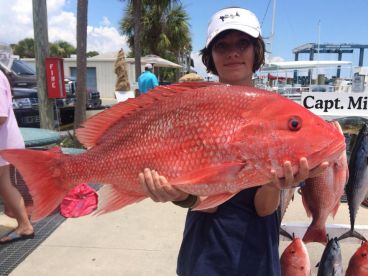 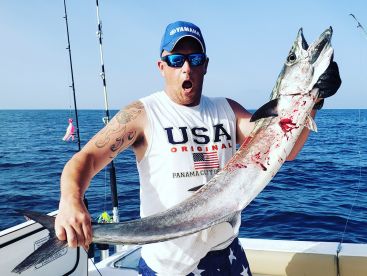 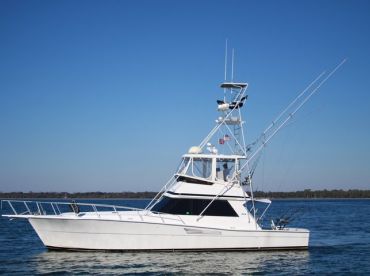 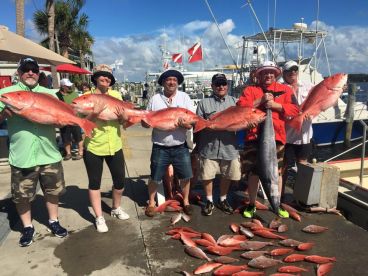 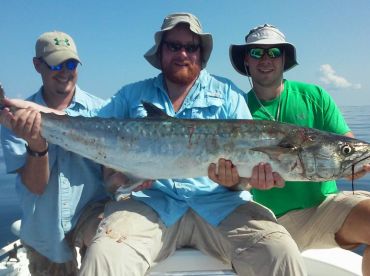 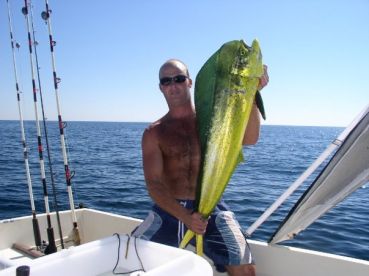 If you're ready to hook into the biggest game fish out there, get a load of the deep sea fishing Panama City, FL has in store. This offshore experience will take you somewhere between 30-100 miles into the Gulf of Mexico, where the Bluewater lies.

Out here, you’ll find a whole different breed of sport fishing. Whether you’re trolling for Marlin and Tuna, bottom fishing for Snapper, or deep dropping for Swordfish, the deep sea will make a hardcore angler out of you.

You can target these pelagic fish while trolling 45+ miles offshore, anytime from spring until November. Fishing so far from shore usually calls for an extended day trip (10-12 hours), though you can target some species like Mahi Mahi and Wahoo on a trip as short as 4-8 hours. An overnight charter could take you up to 100 miles offshore, where you’ll find Yellowfin Tuna in summer.

On the other hand, the deep sea offers excellent bottom fishing any time of year. You’ll find a wide variety of large Snapper, Grouper, and Triggerfish biting 30 miles offshore and beyond. Cobia and Spanish Mackerel make an appearance near the wrecks and reefs in spring, followed by large Amberjack. For a chance to catch really big fish, plan on a trip of 6 hours minimum.

If you make it up to 60 miles out or more, you can deep drop for Swordfish in water thousands of feet deep.

Of course, the weather is not always accommodating. Long treks offshore are best planned between May and September, when you can expect safe conditions on the water.

Bear in mind that some species are closed to harvest at certain times, most notably Red Snapper. Seasonal closures can change from year to year, so make sure you’re up to date on local fishing regulations ahead of time.

The majority of deep sea fishing in Panama City involves trolling and bottom fishing. You may also try your hand at deep dropping when targeting Swordfish or bottom fish in extreme depths. These methods allow you to target the deepest reaches of the ocean floor as well as fast, aggressive fish near the surface.

Trolling
Trolling is the standard method of catching Marlin, Tuna, Sailfish, Wahoo, Mahi Mahi, Sharks, and other high-speed pelagics in open water. Anglers use live bait as well as artificials, depending on the target species. You will also troll for Cobia and Spanish Mackerel near offshore wrecks and reefs.
Bottom Fishing
This tactic will help you target a wide variety of bottom fish in the Gulf, including White Snapper, Vermillion Snapper, Lane Snapper, Black Snapper, Red Snapper, Black and Red Grouper, and Triggerfish. Depending on the species, a little jigging may also be involved. Live bait and cut bait such as sardines, mullets, pinfish, and frozen squid all prove effective.
Deep Dropping for Swordfish
Deep dropping is the main method used to catch Swordfish, usually between 500-1,000 feet below. Depending on your captain’s preference, you may rely on electric reels or conventional ones.
While you can catch Swordfish by day, it’s typical to fish for this trophy at night, often using customized blinker or strobe lights to attract your target. Mullet, squid, and other live or cut bait are all effective depending on the depth you intend to fish.
Some fishermen also slow troll (2 or 3 knots) for Swordfish at night, using a downrigger to set their bait 150-300 feet below. For this approach, attach a light stick 15-20 feet in front of your bait.
Panama City
4.52
Based on 21,390 reviews by FishingBooker anglers

Fishing with Russell
David M. fished with NW Florida Dolphin & Fishing Tours on May 7, 2021
Use a steel leader.... I fought a shark over an hour and line finally broke
Awesome Experience
Brian C. fished with Tail Raiser Charters on May 7, 2021
It was an awesome experience, would highly recommend and will absolutely go again.
Such a memorable day!!!!
Shelly G. fished with We’re on Charters on April 7, 2021
This was my first time so I had no idea what to expect. Be patient, at one time we had three fishing reels busy with fish, then they were moments of no catch.
4 hour trip, starting at 6am
Erin M. fished with Miss Kelley Fishing Charters on April 6, 2021
Plan to have fun, get excited if you catch some fish, and tip the boat staff.
8hr Trip with Captain Brandon and First Mate Brent
Kristi J. fished with Blue Water Connection – Billistic on March 31, 2021
If you want to catch fish - it can and will be done. The fish that are caught may not be the expected "ocean fish" like a marlin or tuna but the fish that are caught are catch worthy -- can put up a fight and taste amazing, too!
Morning Trip with Captain Jason
Dale S. fished with Adrenaline On H2O Charters on March 30, 2021
I recommend getting out there with captain Jason. He knows the waters and fish and is an excellent guide...we had lots of fun.
Half Day with Captain Sully
Luke T. fished with Capt. Sully Charters on March 28, 2021
Get in touch with Captain Sully. He's honest about what's available, and worked his butt off for us.
Sailing sailing over the ocean breeze.... Fishing fishing
Patrick W. fished with Captain Hank's Charters on March 25, 2021
Go see captain mike!! And defiantly get your fish processed there and cyovac.