Ghost fishing is a huge threat to fisheries and ocean habitats worldwide. Every year, it kills over 136,000 sea mammals. And that doesn’t come close to the amount of fish that die each year because of ghost fishing. What is more, it’s getting worse. 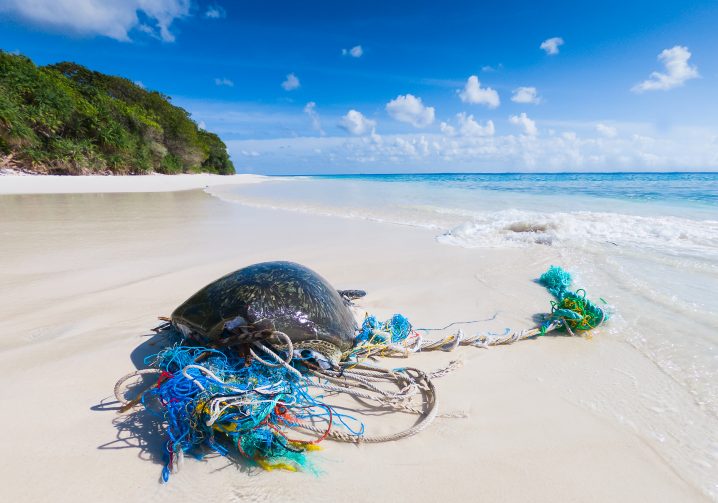 But what exactly is ghost fishing? What is causing it? And what, if anything, can we do to stop it? In this article, you can learn about where the problem came from and how it’s affecting our oceans, as well as some of the organisations fighting against it.

What is Ghost Fishing?

Ghost fishing is what happens when old fishing gear is lost or abandoned at sea. It gets dragged around the ocean by currents and storms, killing fish and damaging marine habitats. This “ghost gear” (Abandoned, Lost, or Discarded Fishing Gear, or ALDFG, to give it its technical name) keeps on catching fish for years or even decades after it goes in the water. 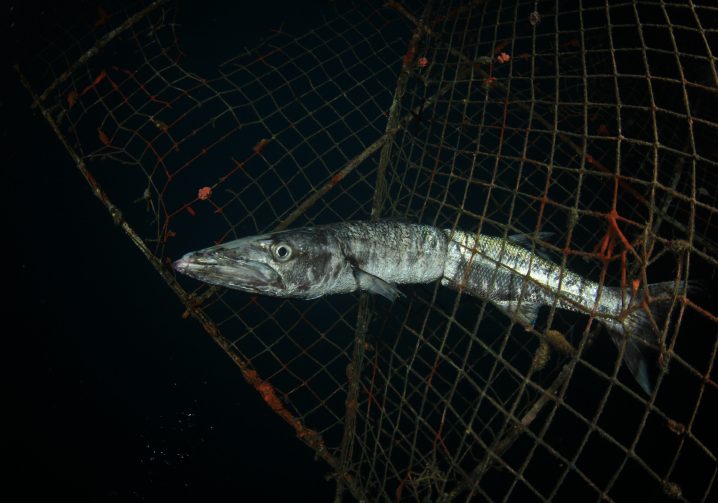 The United Nations Food and Agriculture Organization estimates that ghost gear makes up as much as 10% of all ocean litter. According to an FAO report, over 700,000 tons of fishing gear finds its way into the sea every year – the equivalent of 3,500 Boeing 747s.

The biggest problem is that discarded fishing gear doesn’t break down easily. In the past, most equipment was made of materials like hemp or cotton that rot away underwater. These days, most of it is made of tough, synthetic nylon. This can takes centuries to break down.

What are the Main Causes of Ghost Fishing?

Ghost fishing can be caused by all kinds of fishing equipment. Some types have a much bigger impact than others, though. Here are the main culprits and why they cause so much damage. 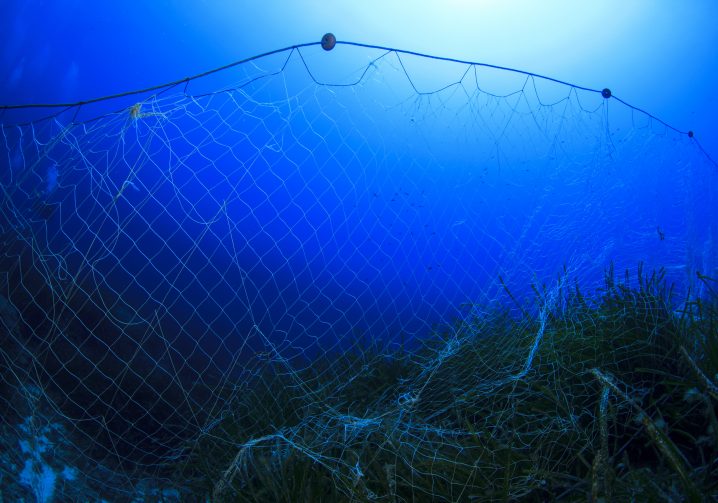 The most harmful type of fishing gear is commercial nets. Gillnets are especially damaging, hanging in the water like an invisible wall and trapping any fish that tries to swim through them. They can also catch on corals and clog seagrasses, causing a knock-on effect on anything that lives in the area.

Many nets get swept away in currents or caught on ocean structure, making it impossible for fishing crews to retrieve them. Sadly, it’s also common for old nets to be thrown overboard when they wear out. But just because they’re starting to fray, doesn’t mean that they won’t catch fish for years to come once they have been dumped. 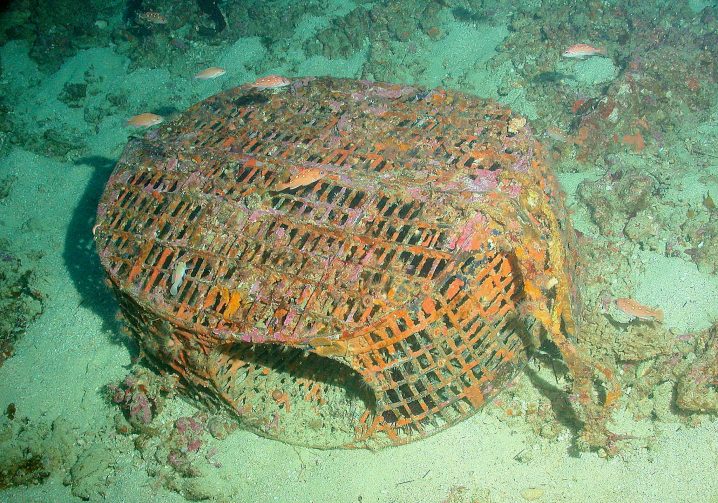 Traps and cages may not seem like such a big issue as nets – one trap can’t catch anywhere near as much as a net, after all. However, traps are specifically designed to survive for long periods of time underwater, and to keep on catching with no input from people. They’re also lost on a massive scale.

The FAO found that commercial fishers in the Chesapeake Bay lose around one in every three traps they set, adding up to around 150,000 crab traps every year – and that is just one bay. Losses are even higher when a storm rolls through town. This has become an accepted expense in the Crab and lobster industry, so fishers are much more likely to abandon individual traps than large, expensive nets. 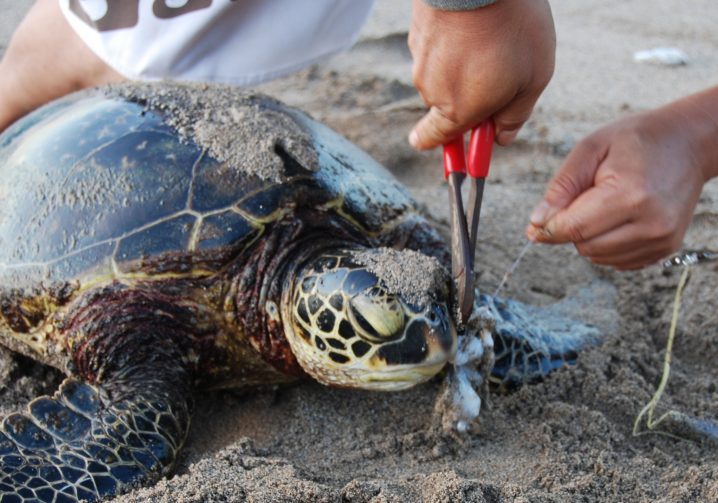 Ghost fishing line is less likely to catch fish than traps or nets are. However, it can be deadly for other marine life. Dolphins, whales, and turtles often get caught in the line, making it difficult for them to swim and feed. A report by NOAA found that seabirds are the most at risk from ghost fishing line, with around 10 times as many birds caught as turtles or mammals.

Most of the ghost fishing line in the sea is from longlines, but not all of it. A cleanup project run by the SeaDoc Society in California collected roughly 190 miles of recreational fishing line from around public fishing piers. It just goes to show the importance of always recycling old fishing line.

What is the Impact of Ghost Fishing?

“That’s obvious,” you might think. “It kills fish.” But ghost fishing causes much more than just dead fish. And the damage isn’t only to the oceans. Here are a few of the biggest impacts from ghost gear. 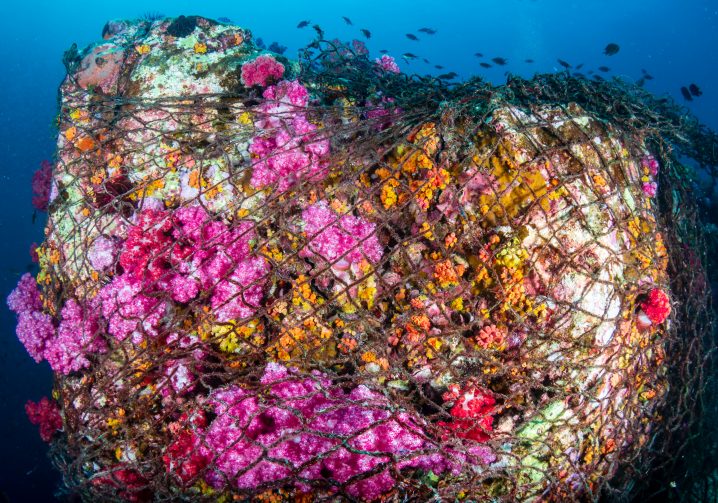 Ghost gear causes damage throughout its entire cycle in the ocean. To begin with, it tangles and traps marine life, killing or disabling them. As the equipment breaks apart, it starts getting eaten, poisoning animals and clogging their stomachs.

Nets can also destroy corals and grasses. They physically damage them and they also spread diseases on coral reefs. And when the plastics finally do break down, they leave toxic polyurethane chemicals behind. 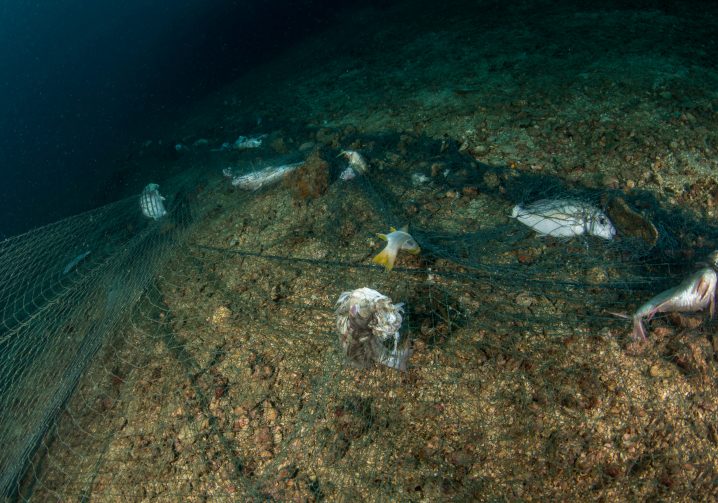 The ecological impact is the most obvious by far, but there are also serious financial effects from ghost fishing. According to NOAA’s research, ghost traps kill around 4.5% of Washington’s Dungeness Crab population every year – almost $750,000 worth. The report also says that 90% of the global ghost catch has at least some commercial value.

Beyond all this, fishing gear is expensive to recover. Ocean cleanup costs around $25,000 per ton in the US. Lost traps and nets also catch and damage functioning fishing gear. This snowballs both the cost of replacing it and the amount of ghost gear out there. 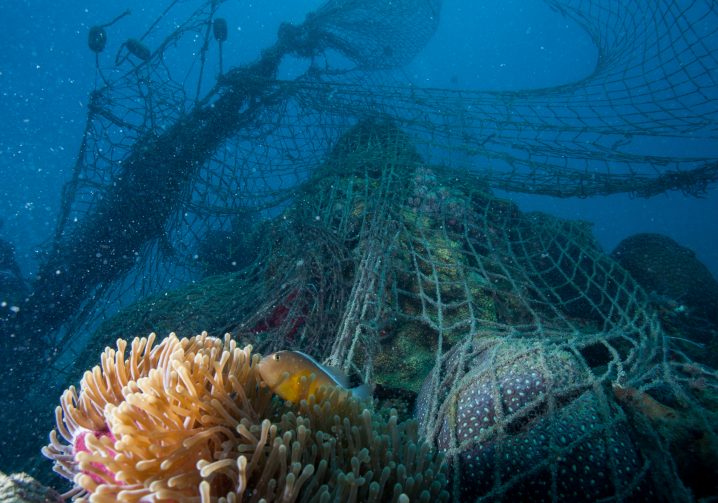 Anyone who spends a lot of time on the water knows that abandoned fishing gear can be a real hazard. It tangles in propellers and snags on rudders, damaging and stranding boats. Large nets can also clog waterways and shipping lanes, making them difficult or even dangerous to navigate.

How are we Combating Ghost Fishing?

Ghost fishing can seem like one of those unstoppable problems. There aren’t many changes people can make on a personal level to combat it. And even if we could, there is already so much ghost gear out there. However, efforts are underway to reduce the amount of gear going into the sea and increase the amount we’re taking out. Here are the main ways people are fighting ghost fishing and a couple of the organizations involved. 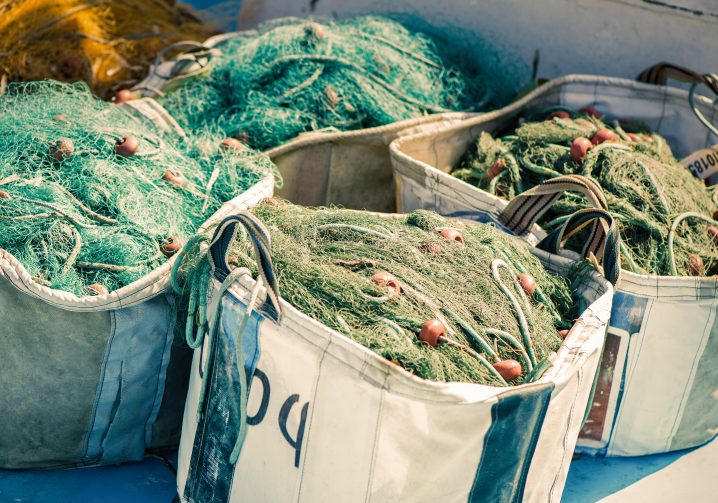 In order to reduce the amount of gear in the ocean, the first thing we need to do is reduce the amount entering it. To do this, we need to make it easier for fishing boats to dispose of old gear safely. We also need to fund innovation to make the equipment safer. On top of all that, there needs to be an incentive for organizations and individual boats to get involved.

The Fishing for Energy project is a great example of this. The project provides free collection points for old fishing gear while educating people about the effects of abandoned equipment. It also funds innovation to make lost gear less deadly and easier to find. At the same time, it forms partnerships to recycle old nets or produce energy from them. 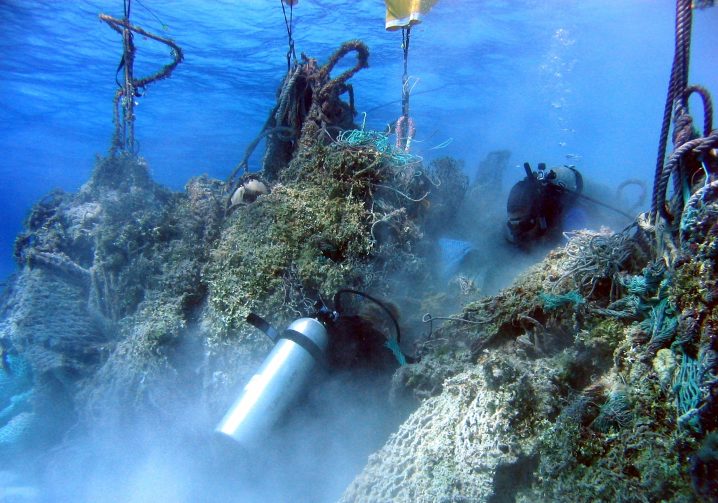 Sadly, some equipment is bound to get lost however much we innovate. The ocean is an unpredictable place and gear will always find its way into the sea. There are plenty of people fishing it back out, though. They range from local volunteer groups to global collaboratives.

One of the largest efforts out there is the Global Ghost Gear Initiative. This is an international collaboration of corporations, action groups, and government bodies working to track and remove ghost fishing gear. The thing that makes removing nets and traps so expensive is finding them in the first place. With that in mind, the GGGI also champions a “no-blame” attitude to reporting lost equipment. 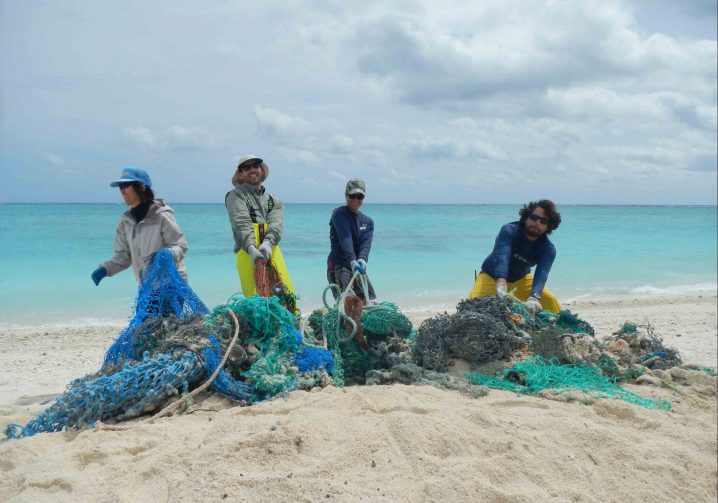 Ghost fishing is a problem that will only get worse if it isn’t properly confronted. But this is something that people are taking seriously – from funding innovation to finding ways to “make money from old rope.” There is plenty more to do, though. Whether it’s recycling old line or helping with cleanup projects, we can all do our bit to keep fishing gear out of the ocean and preserve our fisheries.

Do you know any projects cleaning up our oceans? Are you involved in any yourself? Drop us a comment and let us know, we would love to hear your stories.