Ever since Ernest Hemingway’s Old Man And The Sea, Billfish have held a special place in fishermen’s hearts. Images of a half-ton Marlin going wild at the end of a line repeatedly fill our thoughts. To help traveling anglers make these dreams a reality, we’ve compiled a list of the top 7 Billfish destinations in the world to catch Billfish and also have a great time with your family along the way. 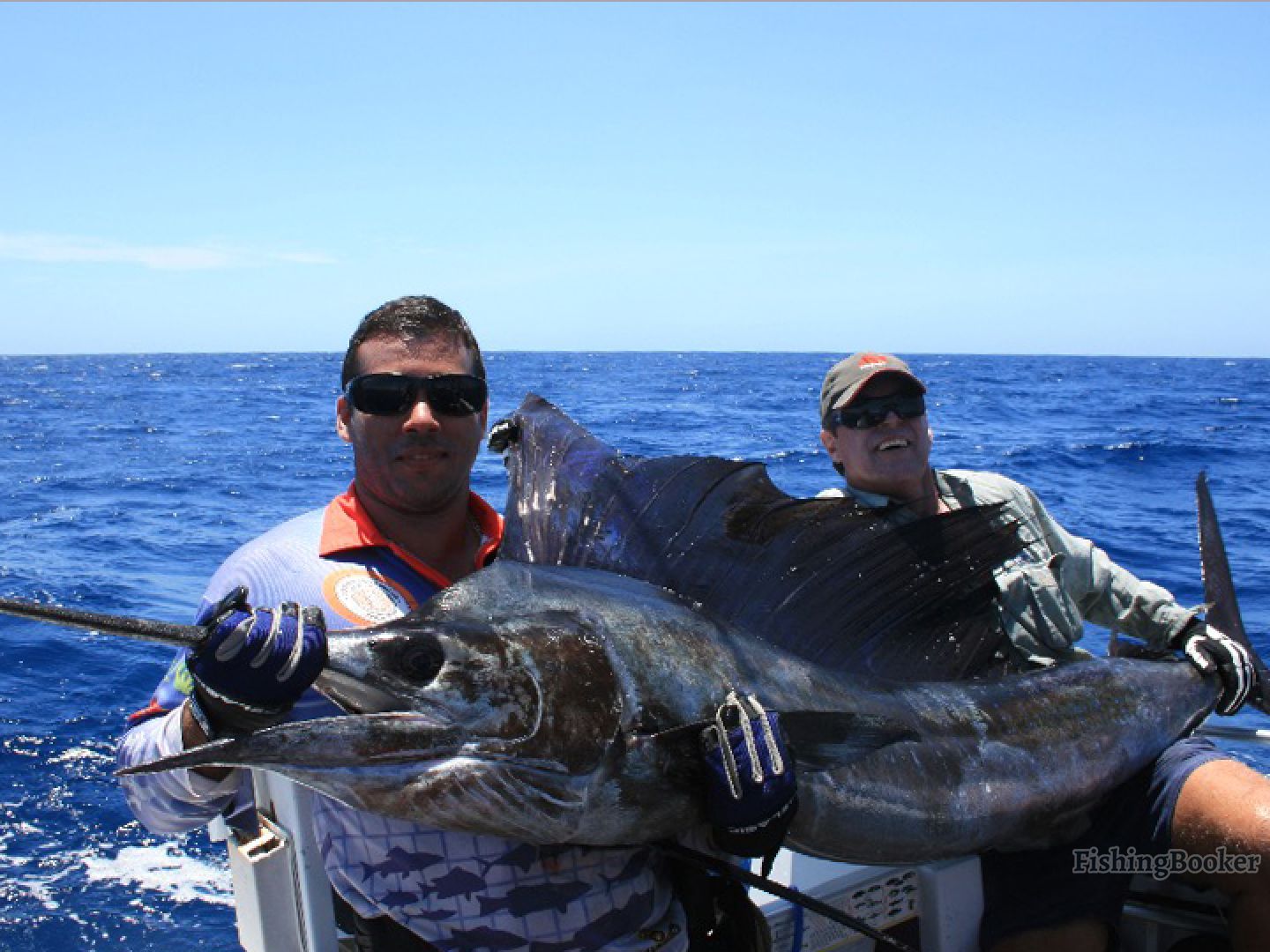 What makes this list special? Well, for one, it’s entirely crowd-sourced! Fishing may be our passion, but we’re not claiming to be the sole expert here. And why should we? Each of these Billfish hotspots has been tried and tested by hundreds of anglers through FishingBooker. They are the finest investigative journalists you could ask for. So, what did family-oriented anglers vote as the very best Billfish destinations on the planet? 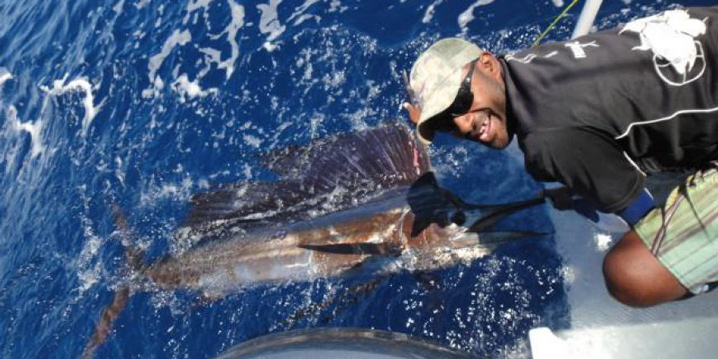 Fiji is an island country so remote, it makes the Everglades look like Central Park. Although no grander catches have been documented yet, it’s definitely not because they’ve been overfished. The Fijian big game fishery is in great condition, with more than a dozen captains ready to work their socks off to put you on that very first record grander. 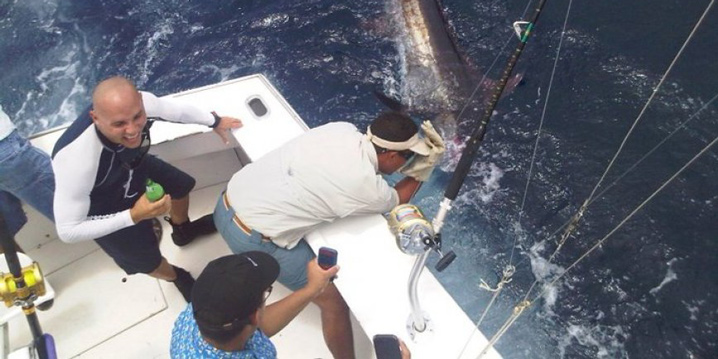 Puerto Rico lies next to some of the deepest waters in the Caribbean – the Puerto Rican Trench. This translates to some seriously deep water and plenty of Blue Marlin to match. The island also plays host to the annual San Juan International Fishing Tournament, which has been running since 1953. Safe to say, Puerto Rico has always been an iconic Billfish destination.

The best spots include Mayaguez and Cabo Rojo on the west of the island, where 3-4 Blue hookups per day are anything but uncommon. San Juan and Fajardo are also very good, with an abundance of charter operators to choose from.

The added bonus of fishing in the productive waters of Puerto Rico? If you’re a US citizen, you can enjoy world-class Billfishing in a Caribbean paradise without even needing a passport! 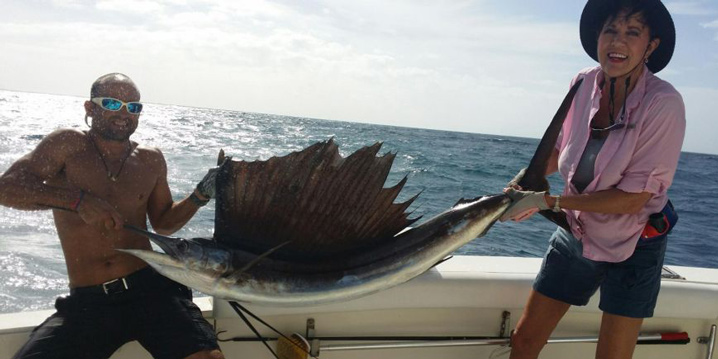 Key West and Islamorada are some of the most well-known sportfishing destinations in the world. Just a couple of hours drive from Miami International Airport, these world-class Sailfish grounds are super easy to reach. Once you get there, you’ll find incredible angling in one of the most beautiful places in the country.

Sailfish are in season from December to June, and it isn’t uncommon to have 15-fish days if you find the right captain. A variety of different techniques are used to target these sprinters, from pulling dredges baited with ballyhoo, to kite fishing with live bait, to casting into feeding frenzies on light tackle. Sailfish here are in the 60-80 pound range, with the Florida state record (126 pounds) caught near the Big Pine Key.

Although the Keys may not really be famous for their Marlin, they more than make up for it in their abundance of Swordfish. This is one of those rare places you can actually target this species on sport fishing gear and expect to catch fish. The state record is 612 pounds, which was caught in 2,000 feet of water near Key Largo. Contrary to other Billfish, these guys bite best at night time. 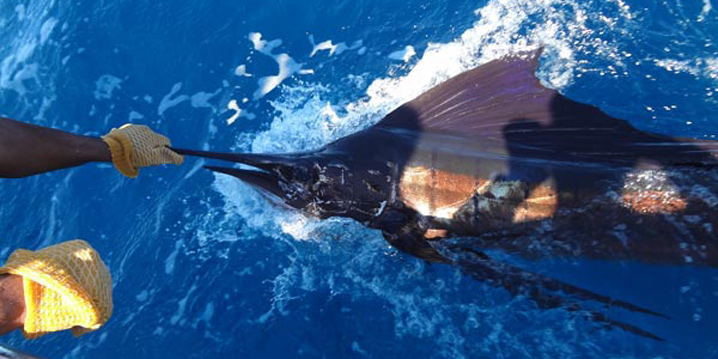 The Pacific coast of Costa Rica is nothing short of paradise for sportfishers and families alike. The country doubles as a fun vacation spot and an epic Billfish destination: start your day with a morning of huge fish, then roar through the jungle on a 4×4 before lunch, capping the day off by enjoying the awesome nightlife in places like Quepos and Tamarindo. You can also enjoy some serious luxury in Jaco’s five star Los Suenos Resort and Marina.

Costa Rica’s waters provide some of the best hotspots on the planet to land monster-sized fish – it just depends when you go. The dry season lasts from December to March, and overlaps perfectly with the Sailfish bite. Black, Blue and Striped Marlin are abundant in the rainy season, although smaller. 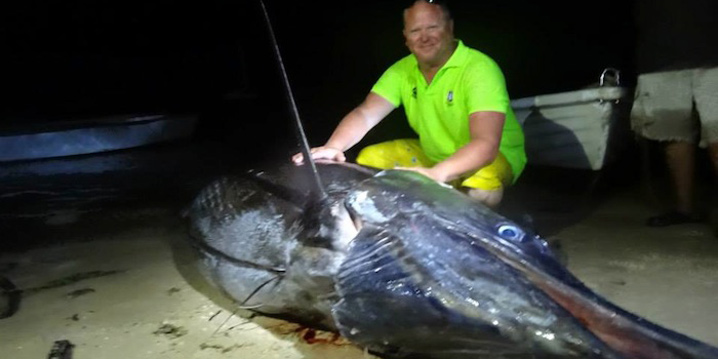 Mauritius is an island nation about 1200 miles off the southeast coast of Africa. Due in part to its remote location, Mauritius is a vacation spot for both humans and huge pelagics. On December 30, 2013, Philip Van Der Walt, a FishingBooker customer, caught a 1037 pound Black Marlin aboard the Lady Diana, breaking the country record. The catch was extraordinary, but not unique. Mauritius ia a great spot for both Black and Blue Marlin, as well as Pacific Sailfish.

Even without the fishing, Mauritius is a world-class holiday destination. The island has some of the most luxurious resorts in all of Africa. The capital, Port Luis, is the richest town in Africa, and the entire country has a uniquely ‘tropical Europe’ feel to it. 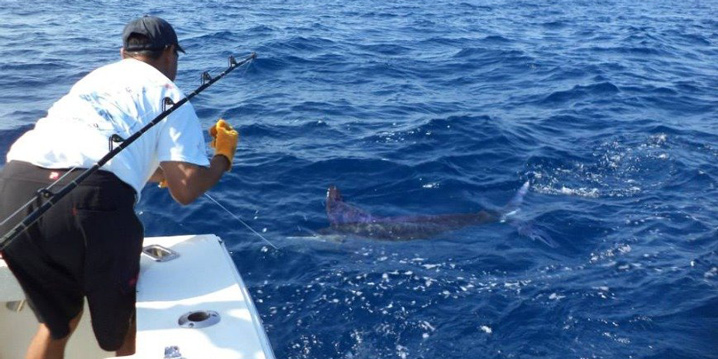 In less than twenty years, Cabo has transformed from a sleepy fishing village into a huge holiday destination. Thankfully for anglers everywhere, no number of tourists could lose Cabo its status as the “Marlin Fishing Capital of the World.”

Fishing tournaments, charter captains, and famous fishing spots – Cabo still very much has it all! Black, Blue, Striped Marlin and Sailfish can be found throughout Baja California in large numbers, and the Billfishing season slows only for a brief few months (February and March).

If you’re traveling with company, going to Cabo guarantees a crazy ride, even if you take fishing out of the equation (which we strongly urge you not to do). 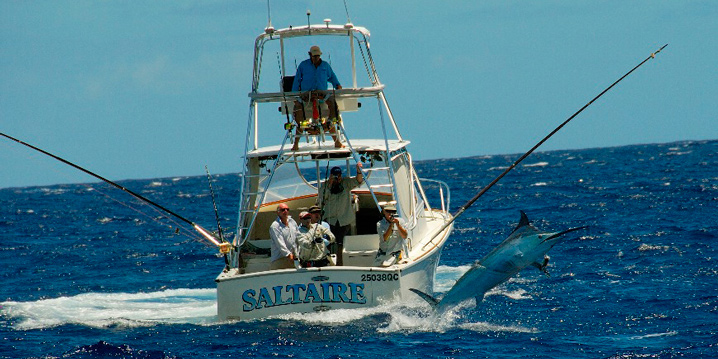 With over 800 grander Marlin caught since the 60s, Cairns is the Mecca of Black Marlin fishing. Right on the Great Barrier Reef and close to the continental shelf, this tourist town is the ideal breeding ground for monster Marlin.

There is a host of high-quality charters available for hire from Cairns and nearby Port Douglas. The fishing grounds are about 30 miles away, so some charters use motherships on the offshore reefs for accommodation on multi-day trips. The most effective technique locals use is trolling big dead bait (25 pound Mackerel are considered ‘bait’ around here).

Other activities to indulge yourselves in include exploring the UNESCO world heritage rainforests surrounding Cairns, world-class scuba diving around the Great Barrier Reef, and relaxing on the tropical white sand beaches (which, in case you’re wondering, are everywhere).

And So Many More!

We’ve listed the best of the best according to our customers, but there are so many more spots out there.  If we’ve left out your favorite Billfish destinations, be sure to let us know in the comments below!