Fishing is an ancient practice that has been an essential part of human life for over 40,000 years. In many parts of the world, fish was the primary food source, so local populations needed to be well versed in catching them. Over the centuries, different peoples developed different fishing techniques to survive in the distinct environments they inhabited. Join us today as we examine some of the oldest traditional fishing techniques and how they’ve evolved over time. 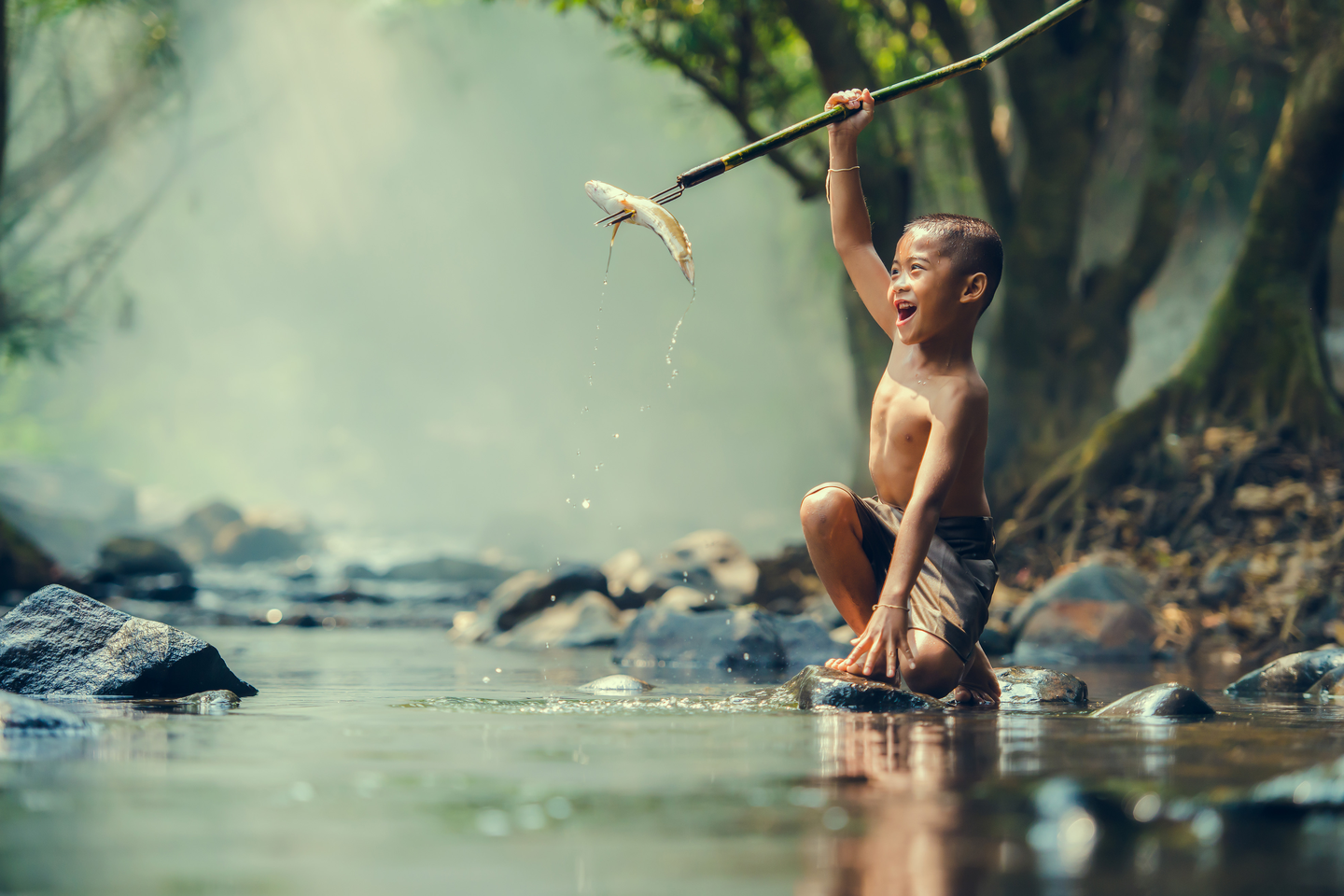 Spearfishing is an age-old fishing method that has been used by fishermen around the world for thousands of years. The earliest records of spearfishing show the use of harpoons in India and France as far back as 16,000 years ago. The use of spears and tridents has since been described in countless stories and religious texts. The most commonly recognized is the Greco-Roman depiction of The God of the Seas. 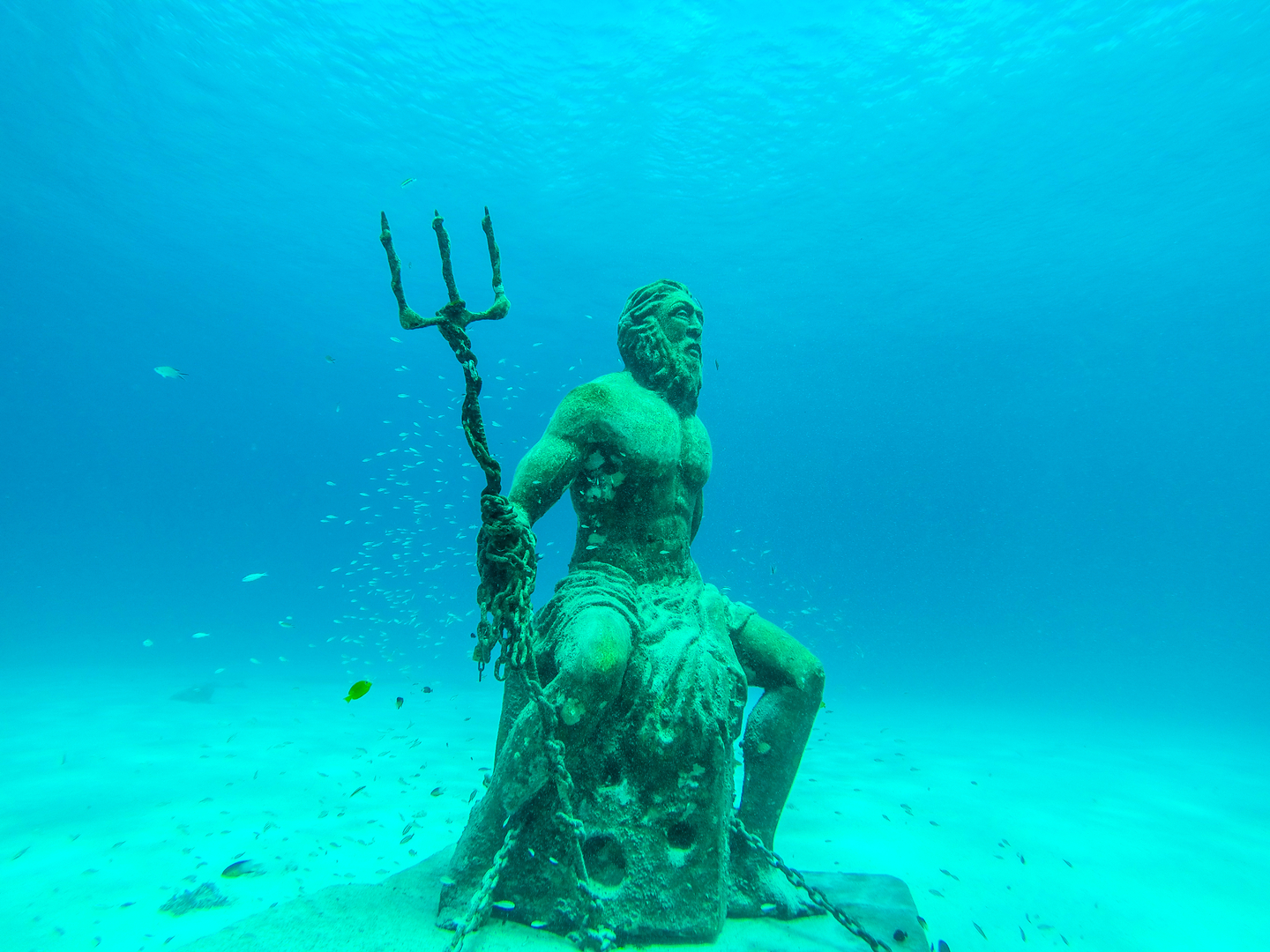 Native American tribes like the Hupa have been using spears to catch fish for over a millennium. But throwing spears was not the only way to catch fish. With the advent of archery, numerous tribes took to the waters and in turn, bowfishing was introduced.

Tribes like the Negritos in the present-day Philippines traditionally used bowfishing to fish the clear-water shallows of their land. Although the tribesmen mainly fished in shallow waters, they still needed to employ a great deal of skill while aiming, primarily because of the way the light refracted as it hit the water. They fished for Giant Trevally, Grouper, Kingfish, and many other species. 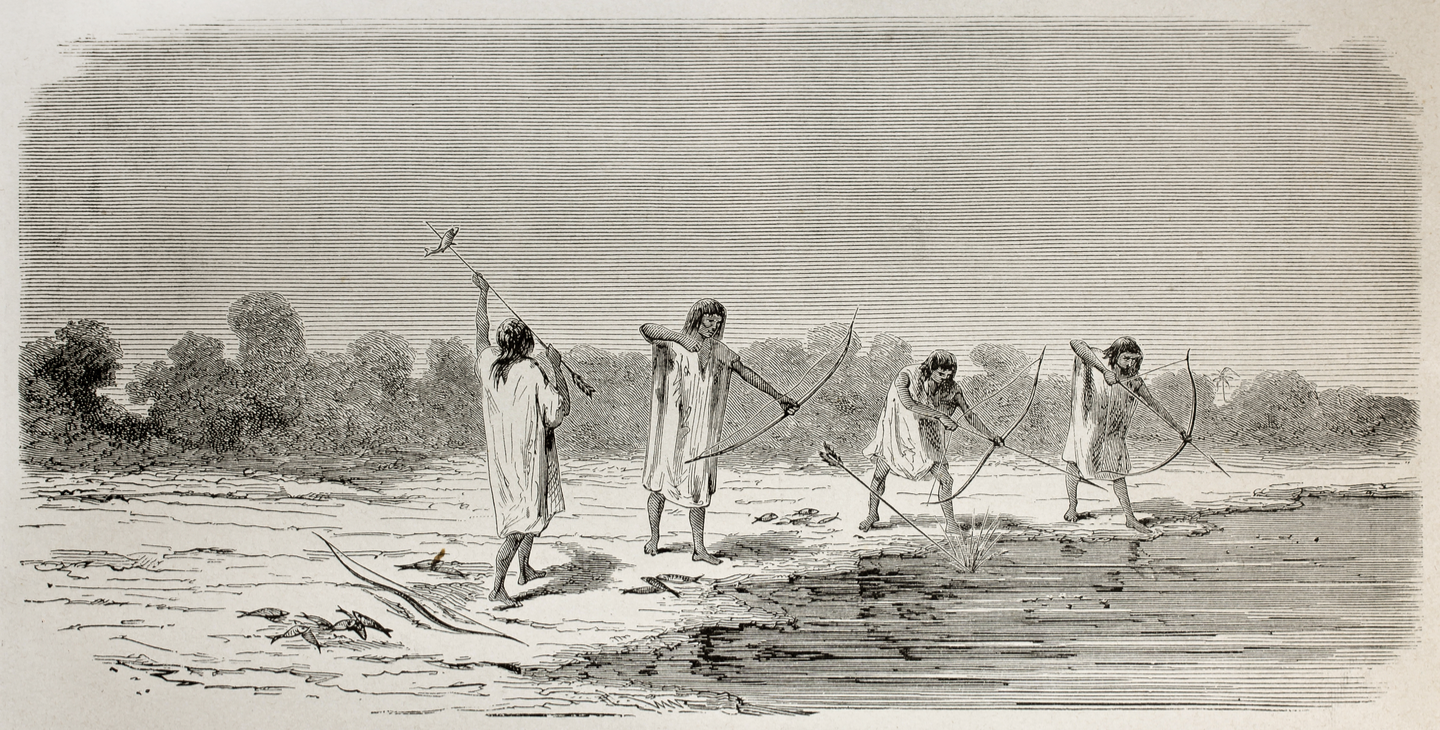 Through the years, spearfishing has remained almost entirely unchanged. Today, techniques such as gigging for Flatfish are popular in many of US states around the Gulf of Mexico. In the Bahamas for example, diver-fishermen use pole spears or slings to fish for bigger species around the reefs.

Angling is by far the most widespread of fishing techniques. It’s also one of the oldest. Angling employs the use of a hook (angle), which is attached to a fishing line. Historically, the hook was usually fitted with bait, which varied from locale to locale, depending on what was available. 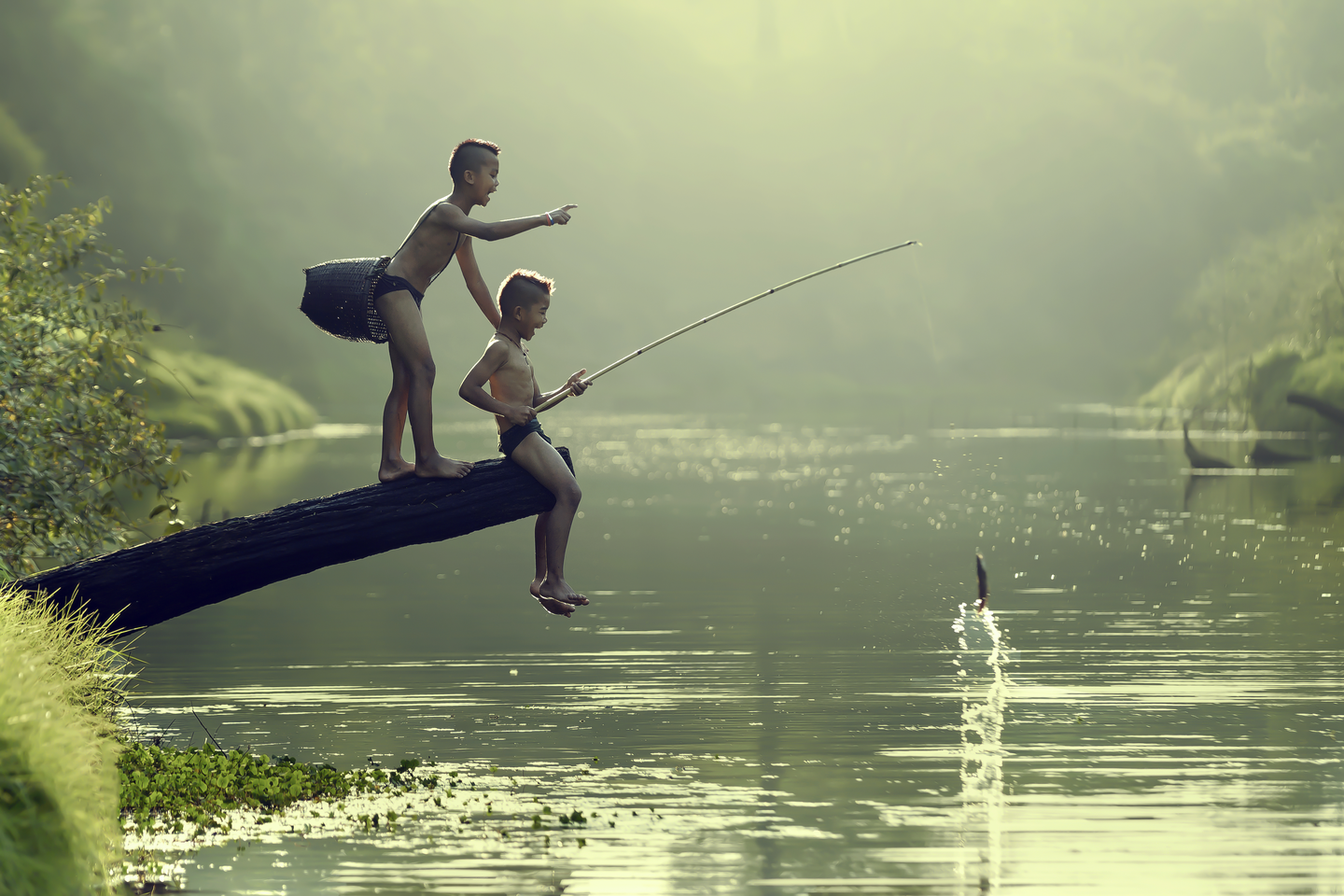 The use of fishing hooks dates back to the Neolithic age. The oldest hooks ever found were discovered in the Sakitari Cave on Okinawa Island in Japan, estimated to be more than 22,000 years old. Early hooks were fairly primitive compared to the ones used today, made of bone fragments, shells, animal horns, and bird beaks.

It didn’t take long for angling to evolve, though. Our ancestors quickly discovered that they could submerge their fishing hooks by attaching weights (sinkers) to them. Around 800 BC, the ancient Greeks started taking fishing to new heights by examining migration patterns of Tuna and other species.

When it comes to angling, there are two main methods:

You could say that it was angling which took fishing from a means of hunting for survival to the beloved recreational activity we know today. Books like the 17th-century “The Compleat Angler” and “The Secrets of Angling” celebrate the art and spirit of fishing at the time, while meticulously explaining the nuances of the sport. Such books gave rise to the popularity of techniques like fly fishing.

Ice fishing is the practice of catching fish through an opening in the ice on a frozen body of water. Traditionally practiced in the colder northern regions of the world, ice fishing has remained in its original form for over a millennium. Similar to regular fishing, ice fishing includes both spearfishing and angling. But with a twist. 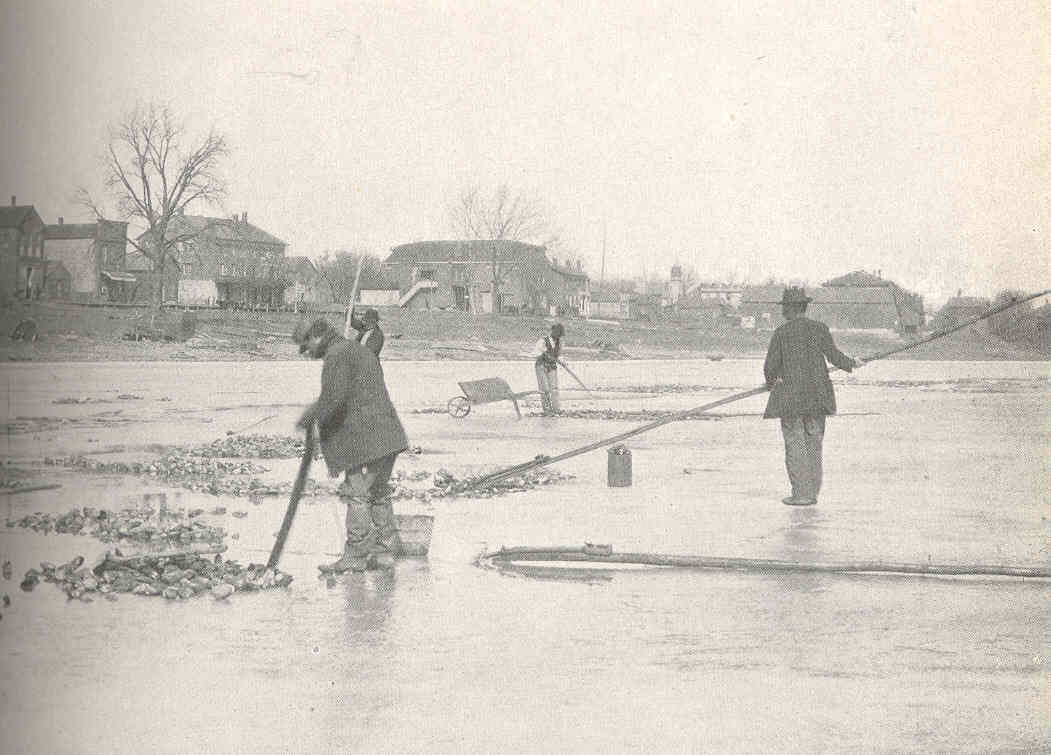 For peoples like the Inuit, ice fishing was always an essential part of life. It comes as no surprise then, that they developed some of the most ingenious fishing techniques and instruments ever seen. In order to spear fish through the ice, the Inuit constructed a unique pronged-spear called a kakivak. This spear consisted of a firm central prong and two side arms, which were more elastic. Each side arm had an inward-facing blade, which would hook into the fish and stop them from escaping. 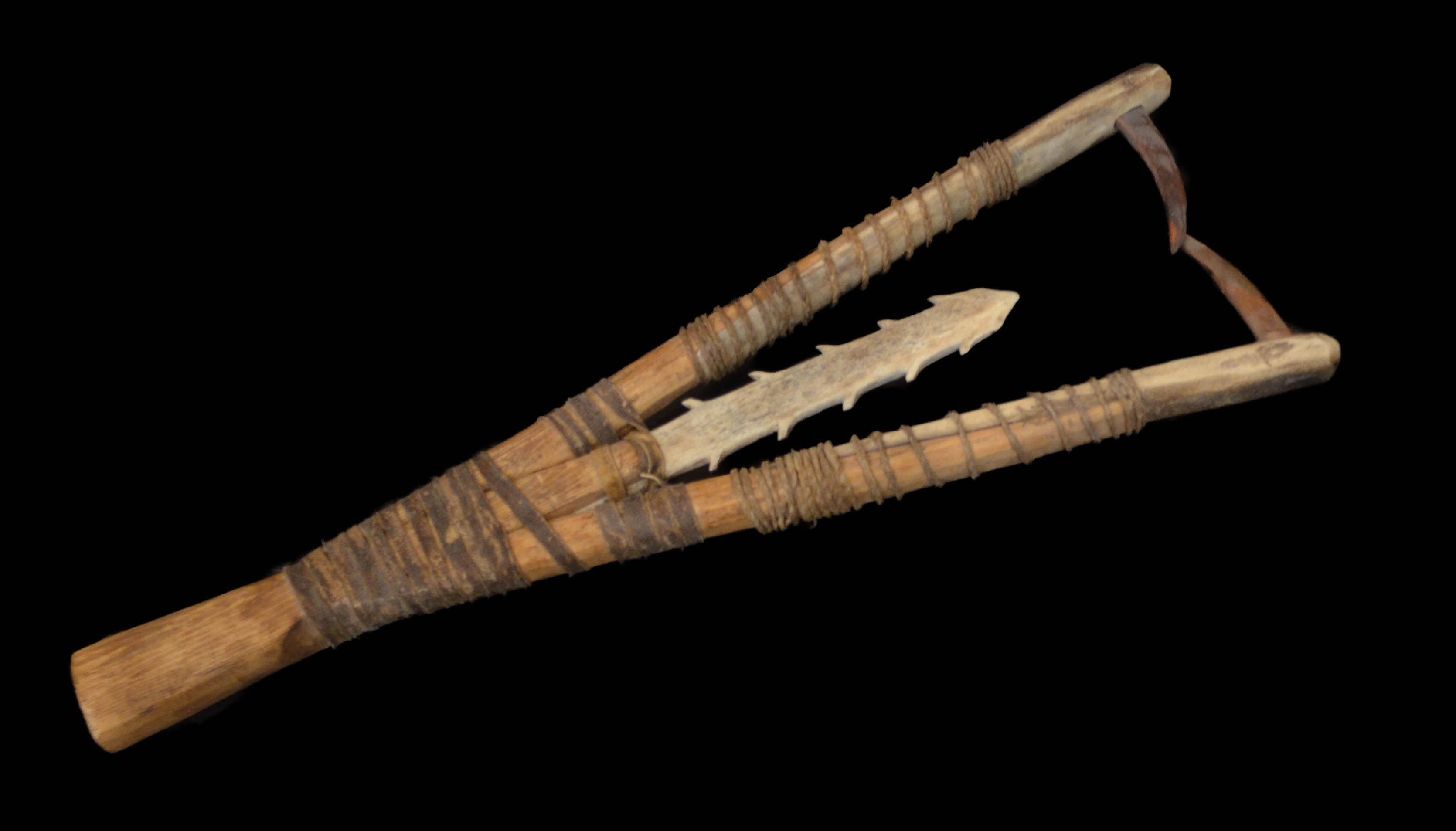 Ice fishing culture is well preserved in countries like Canada, Norway, Finland, Latvia, Estonia, Russia, and the United States. In fact, many of these countries organize yearly ice fishing tournaments visited by thousands of avid fishermen.

Of course, the Inuit excelled at fishing even when the waters weren’t frozen over. One fishing technique they used employed the use of stone weirs.

The Inuit constructed their weirs by piling stones in a crescent shape on the riverbed. They laid the stones up to a certain height, with only one narrow opening for the fish to move toward. When the fish entered this corridor, the fishermen would strike it with their kakivaks.

The use of stone weirs was widespread in medieval Europe, as well. In England, for example, stone weirs were so widespread that some rivers eventually became impassable. The famous Magna Carta Libertatum banned the building of these stone weirs in all freshwaters in England.

Not all weirs were made of stone, though. Many African tribes constructed wooden dams, which would drop the water levels by such a degree that the fish would barely be able to swim. All the fishermen had to do was collect the fish with their bare hands. Which brings us to the next group of traditional fishing techniques.

Sometimes, you don’t even need fishing equipment to catch fish. There are a number of ancient techniques for harvesting fish and seafood by hand. Due to modern-day conservation concerns, some have become more controversial than others. These hand gathering techniques are:

People have been using nets to catch fish for ages. These fishing nets were wide meshes made out of thin threads, which allowed fishermen to catch more fish than they ever could before. The ancient Greeks recorded how nets would “catch fish while men slept.” 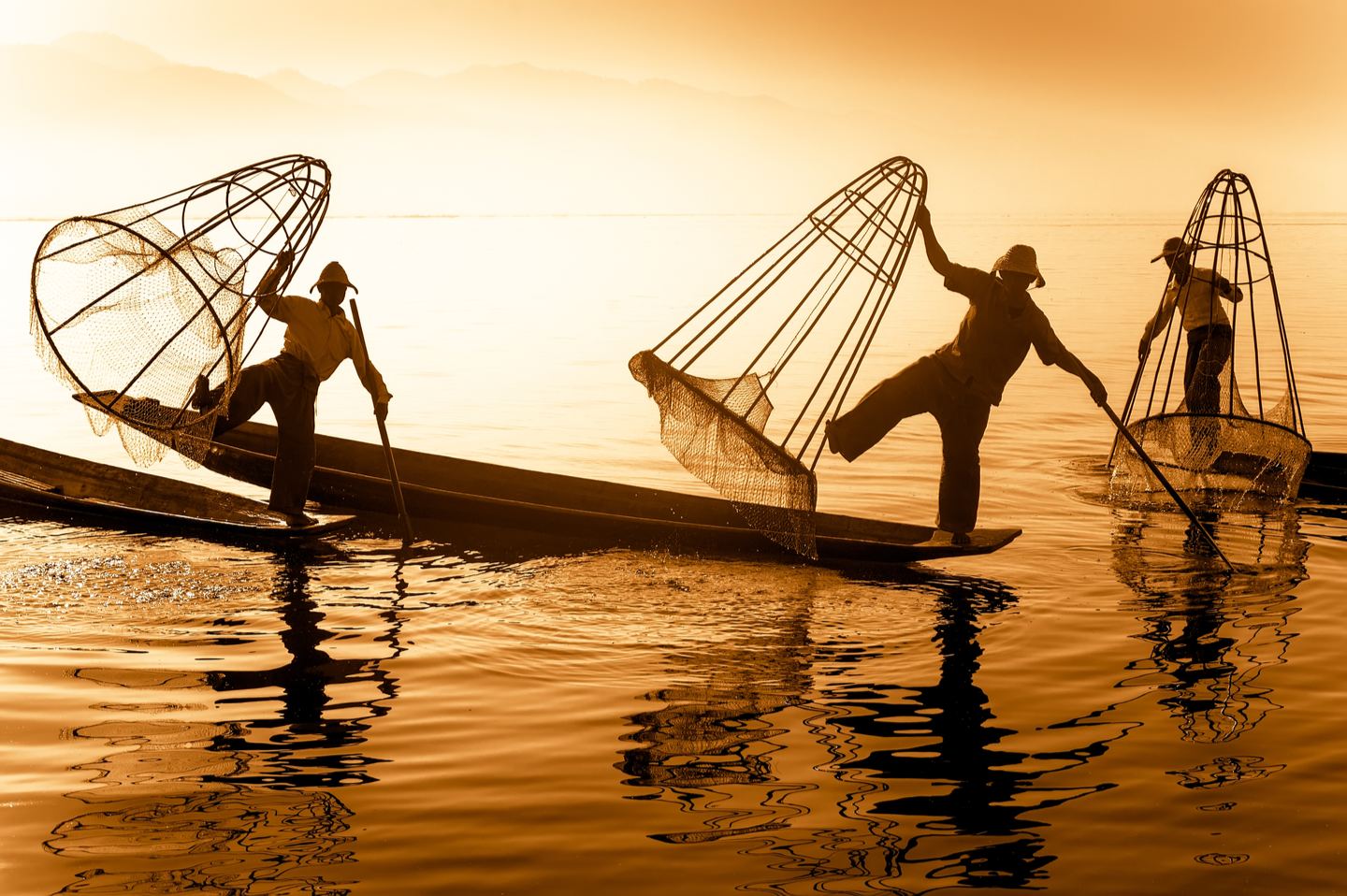 Of course, there are many kinds of fishing nets. The two most commonly used are:

In recent times, netting has become an increasingly worrying topic. With worldwide recreational and commercial netting largely unregulated, prospects for marine life are not looking good.

As strange as it may seem, kite fishing has had a long and successful tradition. The technique comes from Polynesian islands, where local fishermen had to find a way to get around the inhospitable reefs of the area. The earliest written evidence of kite fishing dates back to the 1500s, when Dutch expeditions passed through the area.

Using nothing but local materials, these fishermen made very effective fishing kites. These kites would float the baits right beneath the water’s surface, attracting species like Needlefish in great numbers.

Of course, with more contemporary materials, today’s kite fishermen can often reel in massive game fish like Tuna or Sailfish.

Looking at some of the traditional fishing techniques we mentioned today, there might be a world of difference between them. There is something that’s tying them all together though, and that’s just how simple and effective they are. Not all of these methods are applicable or socially acceptable nowadays, but there is something we can take away from them: You don’t need a ton of technology to catch fish. Our ancestors certainly didn’t.

What do you think about these traditional fishing techniques? Have you ever tried one yourself? Let us know in the comments below.