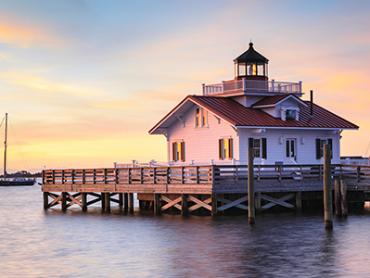 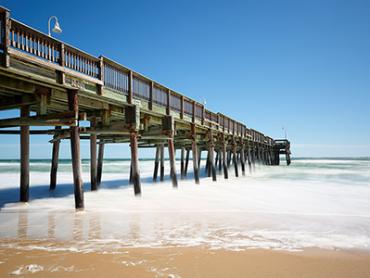 Sometimes referred to as "marine piranhas", these mean machines will slash anything in their way, often doing more killing than eating, but also have to constantly be on the lookout, as they are prey to just about any sea creature larger than themselves. All this means that they are grateful to catch, as well as use as bait for bigger fish.

This aggressive species swims in large and loose schools and boasts an impressively sharp set of teeth and great fighting strength. It's known for "Bluefish blitz," violent feeding frenzies in very shallow waters of the surf that yield intense water churning. Bluefish are also known for seriously wounding humans. They are to be handled with extreme caution.

"Gator Blues", the largest specimens that can only be found in offshore waters, can reach a whopping 50'' and over 30lbs. Nearshore Atlantic fish average between 8 and 23'' and from 3 up to 15lbs, while Gulf water fish are normally smaller than that. Large fish are common occurrence off the coast of Africa.

Bluefish can be found worldwide in tropical and subtropical waters, but with sporadic presence. The western Atlantic sees them along the east coast of North America, from Nova Scotia to the Upper Keys, with a popular hotspot being New Jersey. They are present on the Atlantic coast of Florida waters from October through April, with the largest fish starting their migration northwards and eastwards to open waters around March for the summer and fall spawning. Off the Gulf coast, smaller fish can be found up to the Panhandle year-round, but they tend to migrate south come fall.

Additionally, Bluefish are present in eastern Atlantic waters, including the Mediterranean and Black Seas, spawning in the latter and migrating to the former during fall months. Waters of the west coast of Africa, Southeast Asia and Australia also host these fish.

If they haven't yet migrated to spawn, they can be caught in the surf and off piers in water just deep enough to hold schools of baitfish. High and ongoing tides make for the best circumstances and winds blowing onshore will drive the smaller fish closer in, with Bluefish close behind.

Bluefish are not picky eaters. Natural bait will work best and it can be any cut larger or whole smaller fish, including mullet, menhaden, ladyfish, weakfish, anchovies, grunts, jacks, mackerel, but also shrimp, squid or eels. These are best used in calm waters. If the seas are rough, lures are up, and these can be a variety of spoons, plugs, jigs, poppers, flies or feathers.

Often times, casting from the beach or a pier will be enough. If using a boat, chumming in combination with trolling or jigging is the way to go. A wire leader is essential, because Blues have razor sharp teeth they can bite through your line with. When boated, handle with gloves to avoid injury. 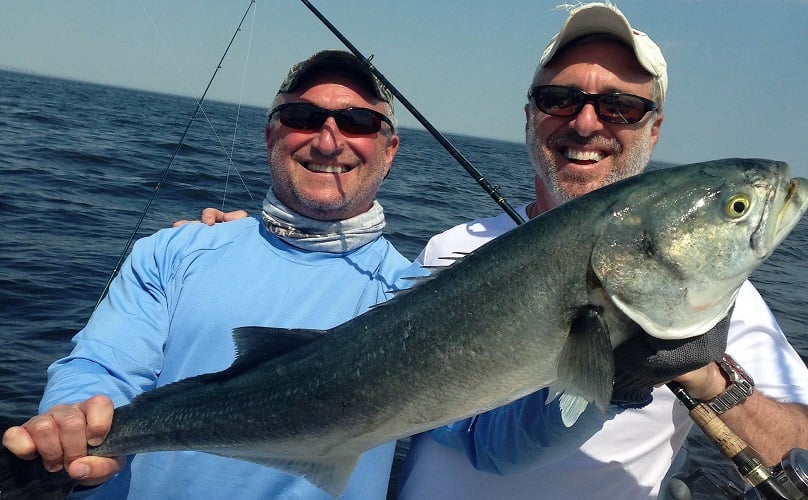 Blues are fun to catch on the fly. Boated aboard Prime Time Fishing Charters off Highlands, NJ

Smaller fish are good table fare. However, their flesh mushes up quickly and does not freeze well at all, so they should only be consumed fresh. Do not consume the dark lateral line in the center of the fish.

Season - always open;
Size limit - 12'' FL minimum for Florida, Georgia, New York; 8'' TL minimum for Maryland; 24'' TL for North Carolina; other states have no size regulations;
Bag limit (per angler per day) - 10 for Florida, Virginia, Maryland, Delaware, Connecticut, New Hampshire and Massachusetts; 15 for Georgia, South Carolina, North Carolina (only 5 of which may be greater than 24" TL), New Jersey, Rhode Island, New York (no more than 10 of which may be smaller than 12" TL); 3 for Maine; 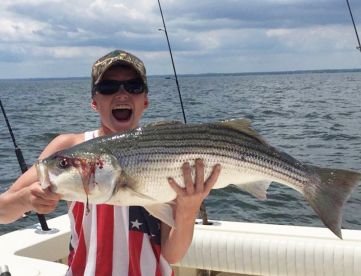 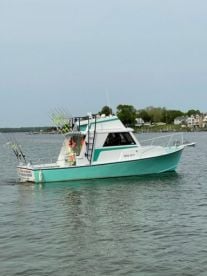