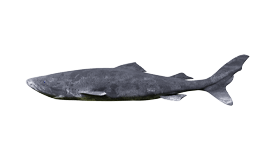 Relatively little is known about the Greenland Shark, but what we do know will blow your mind. Also known as Grey Shark, Gurry Shark, and Ground Shark, this member of the Sleeper Shark family is remarkable in more ways than one. Greenland Sharks can live as long as 500 years, and are known to grow longer than 6 m (20’) on occasion. This may be the closest anglers can get to the real life version of Jaws!

These massive Sharks feed on a variety of fish that humans are also fond of, such as Flounder, Cod, and Eel. They also eat smaller Sharks, and scientists have found remains of large mammals inside their stomachs, including seals and the bone of a polar bear. This bad boy may live at the bottom of the ocean, but he’s at the top of the food chain!

Greenland Sharks mainly inhabit the North Atlantic and Arctic Oceans, making them the only Sharks species known to withstand such cold waters. Like we said, a lot about these Sharks remains unknown, including the full extent of their distribution around the world. If you’re eager to catch one, your chances are best in Norway, the UK, Iceland, Greenland, and northeastern Canada. However, people have occasionally spotted Greenland Sharks as far south as Cape Cod and North Carolina, and there are reports of sightings all the way down by Argentina and the Antarctic.

Greenland Sharks generally inhabit deep, cold waters, but occasionally make their way to the surface. Scientists speculate that these Sharks prefer water in the 1-12°C (34-68°F) range, which explains they they retreat to water thousands of meters deep in summer, then move close to shore during winter.

You can catch this Shark while drifting and bottom fishing from a boat on open water or by ice fishing. Anglers usually target Greenland Sharks on heavy tackle, using large, smelly baits like rotting fish and seal carcasses. Chum is often used to lure these deep-dwelling Sharks to the surface.

Greenland Shark meat is poisonous when fresh, but becomes edible once dried. The same chemical which causes the meat to be toxic (trimethylamine oxide) also produces an intoxicating effect similar to being drunk. This is how people in Greenland and Norway got the expression “shark-sick.” In Iceland, fermented Greenland meat is a delicacy known as kæstur hákarl.

Recreational anglers are encouraged to release their catch due to the fact that the Greenland Shark is listed as a ‘near-threatened’ species by the World Conservation Union (IUCN). Let these epic predators live so they can surprise anglers for centuries to come! 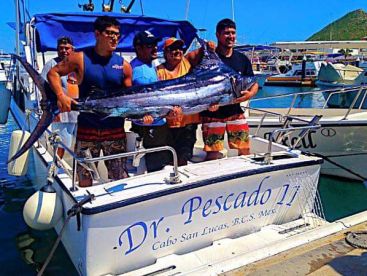 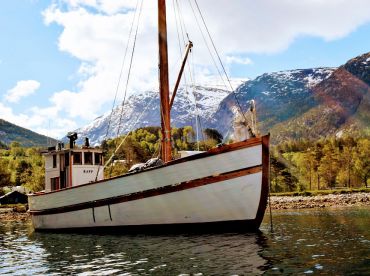