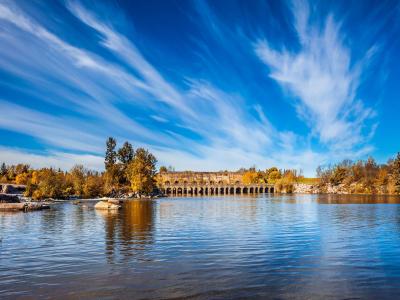 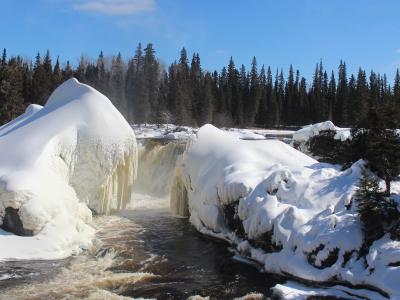 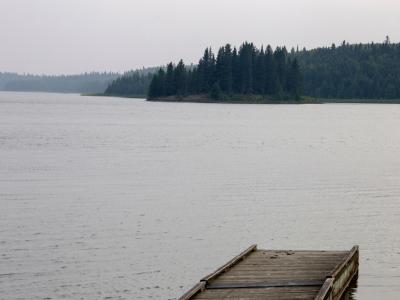 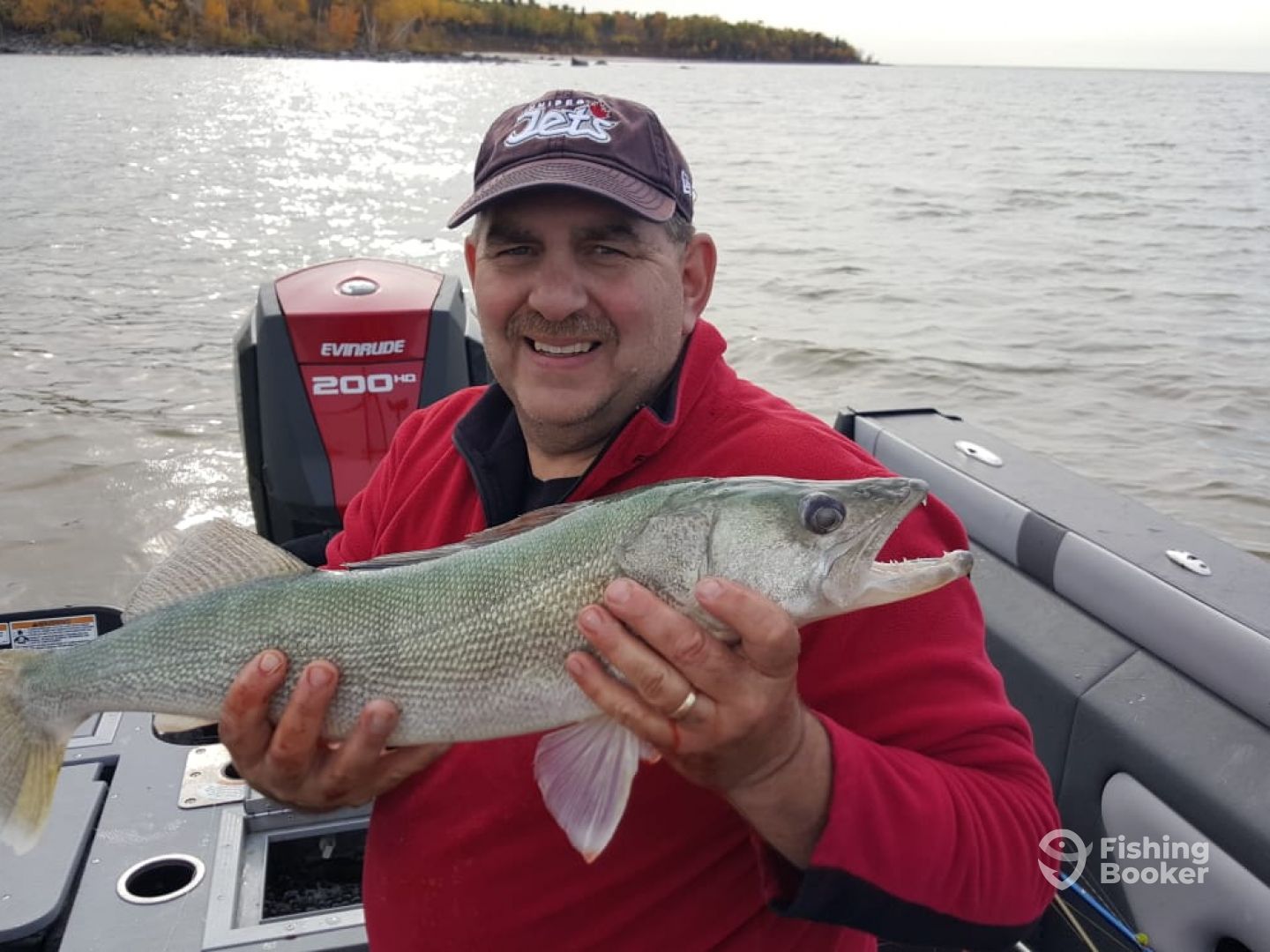 Explore the productive lakes aboard a 20’ Crestliner 202 Tournament aluminum sport fishing boat. Built with fishing in mind, she can carry up to 3 guests and is fully-rigged with everything you need for a productive day on the water. 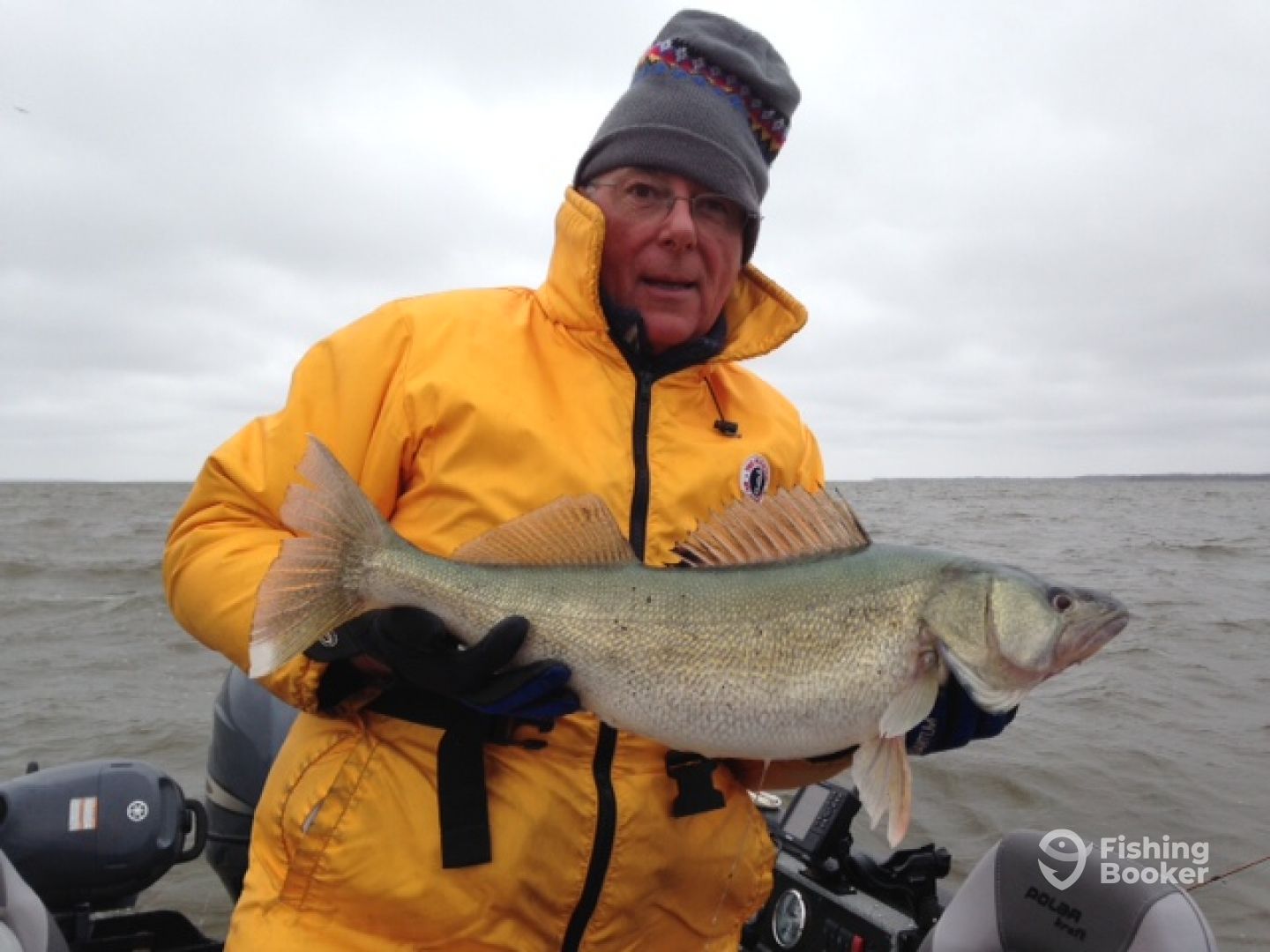 You will be fishing aboard Captain Mike’s 18’ Crestliner fishing boat. Built in 2003, this aluminum fishing vessel is perfect for carrying small groups out in search of big fish. She is powered by a 60HP Yamaha outboard to get you into position as fast as possible and has a smaller kicker motor for trolling at slower speeds. 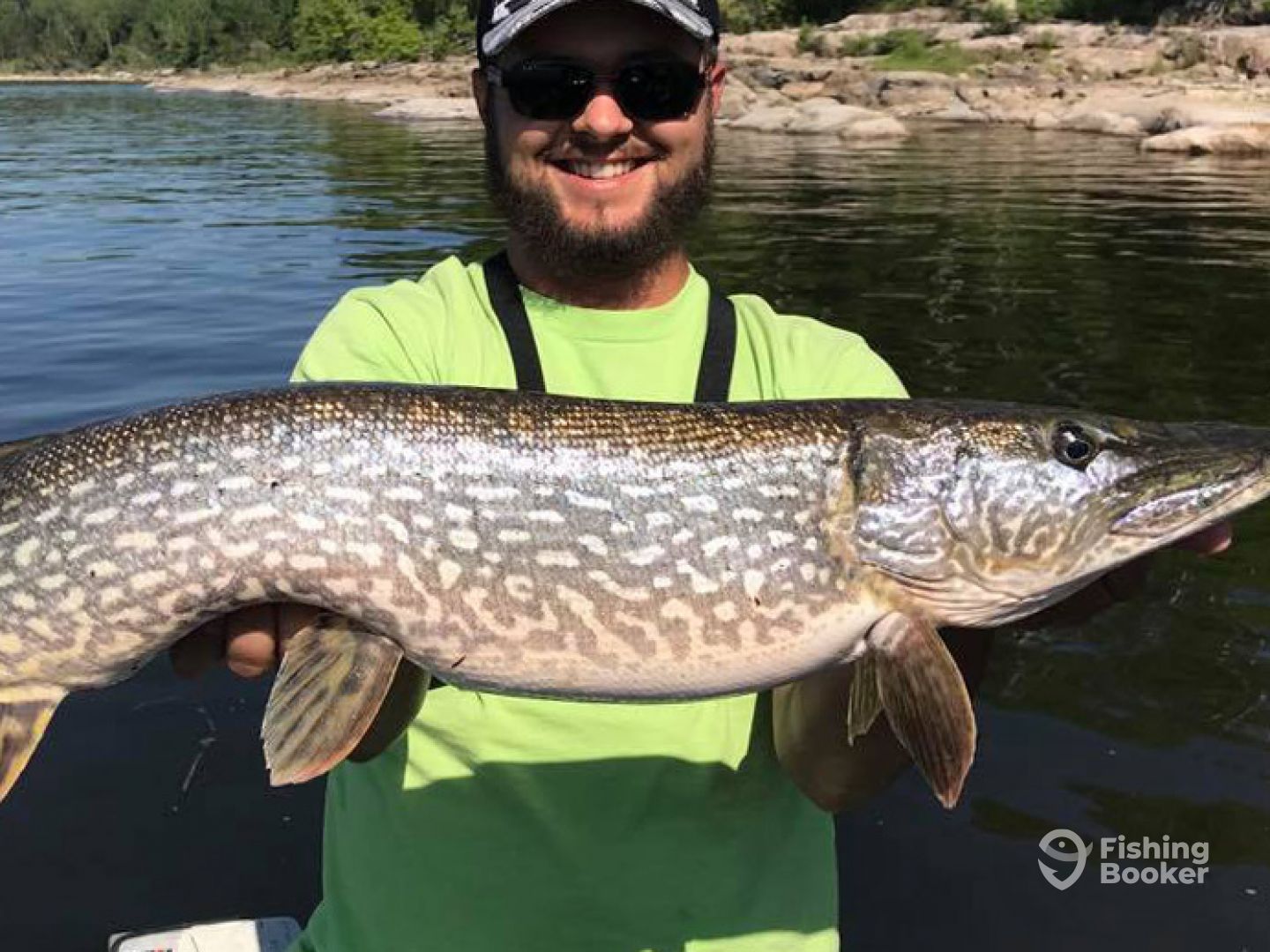 You’ll be fishing on a 16’ aluminum boat that accommodates up to 2 anglers. Powered by a 90 HP Mercury engine and equipped with GPS and fishfinder, this boat will smoothly take you where the fish are. 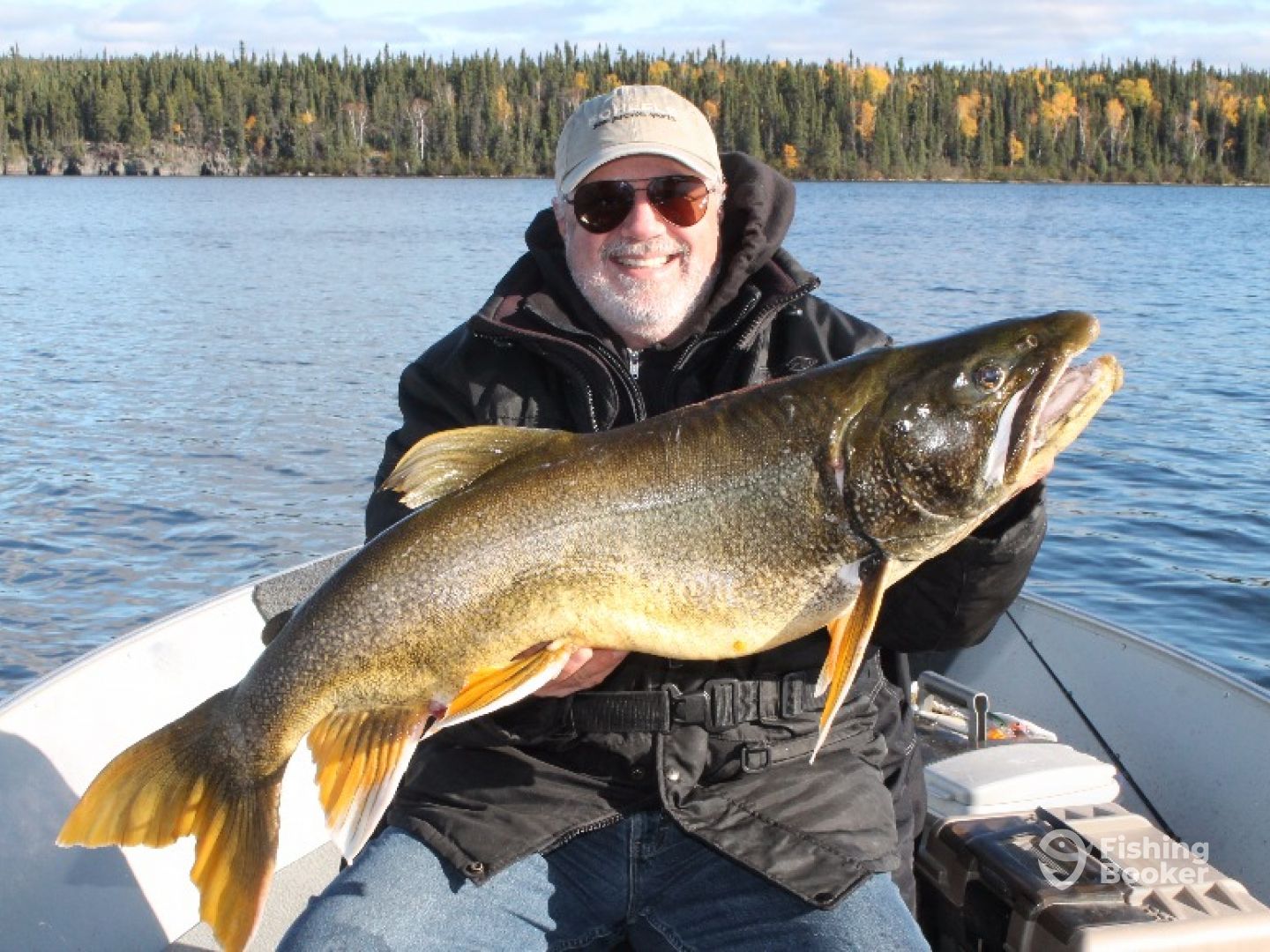 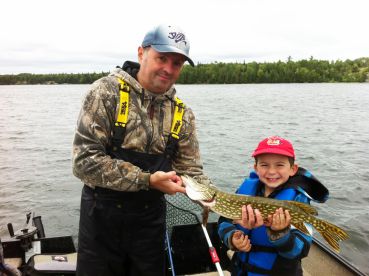 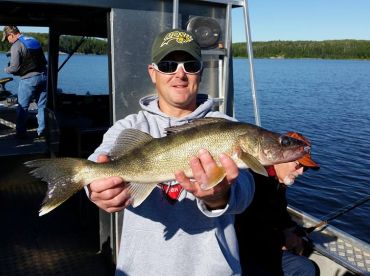 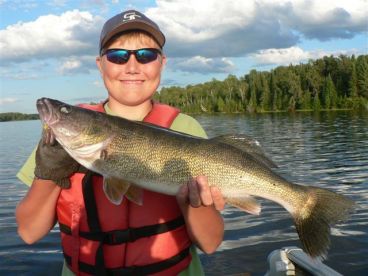 If you’re a die-hard freshwater angler, Manitoba Walleye fishing is something you can’t miss! Dubbed as the official fish of the province, these hard-fighting devils are also known as Pickerel, and they come in all shapes and sizes. Want to land a lunker? This is where you belong.

The best thing about coming to Manitoba to catch yourself a magnum Walleye is that they’re everywhere. You’ll find them year-round in rivers, as well as thousands of lakes that the province is known for.
Anglers from all over the country come here to chase these feisty fish, thanks to their quantity and quality. Not to mention that they’re incredibly tasty! Some of the most productive spots to target Walleye include Red River, Dauphin Lake, Winnipeg Lake, Assiniboine River, Falcon Lake, and many more.
Here, if you’re looking for a trophy Walleye that’s longer than 28 inches – mission accomplished!
One of the main reasons why Manitoba is in a Walleye frenzy is thanks to the Greenback. These are Walleye that have changed color from dark brown to deep emerald-green. They can be found exclusively on Lake Winnipeg, as well as its tributaries.
You’ll have the best time catching them, especially in the winter. They make spending several hours on the ice worthwhile! And not only are they beautiful, but they also regularly grow to be huge, which is another reason they’re so loved.

How to Catch ‘Em

There are many, many ways to entice a Walleye, depending on when and where you’re fishing. The truth is, these bad boys are always hungry. They’ll gulp down just about anything, but knowing where to cast your line is key.
In the spring, the fish are close to shore in shallow waters, and trolling and jigging will do the trick. As the temperatures rise, Walleye move to the deeper waters and hang around rocky structures and weeds. Using nightcrawlers and even leeches as bait will bring you success.
You can land a big fall Walleye if you go to the deeper waters and do some jigging near the bottom. In the winter, when you’re ice fishing, using salted shiners will bring the trophy-sized Walleye to your hook.

Manitoba Walleye fishing is so plentiful thanks to local conservation measures. These determine that most fish should be released. You’re allowed to keep a couple of them for your freezer, but otherwise, you should get them back to where they belong. If you’re hitting the water (or ice) with a guide, they’ll keep you in the loop of all the regulations, as well as providing you with all the gear you need.
Pack your fishing licence, favorite drinks, and snacks, and get ready to come face to gills with a relentless fighter –  the mighty Walleye!

Walleye fishing in Manitoba varies slightly throughout the year. High season is May to August. Low season is January to April and September to December. There is no closed season.
Manitoba
4
Based on 21,975 reviews by FishingBooker anglers