Camelot Sportfishing operates out of the famous fishing town of Kona, one of the most renowned sites for big game sportfishing in the world. Marlin, Spearfish, Ono (Wahoo) Ahi (Yellowfin Tuna), and more are waiting in the deep waters just offshore, ready to give anglers the fight of their life.

Captain Robert has been running charters in the area of over 40 years and is widely recognized as one of the most experienced captains in the area. Captain Robert and his son Chris have competed in and won countless tournaments, and the Camelot crew have built a reputation for getting clients hooked on unbelievable catches.

The “Camelot” is a 34’ Bayliner sportfishing boat, which was completely overhauled in 2015 and now comes ready for action, armed with everything you will need for some world-class sportfishing. She also has plenty of luxuries to keep you comfortable in between hook-ups.

The vessel is equipped with GPS and fishfinder to get you in prime position. She boasts a wide variety of lures and a livewell bursting with bait, as well as custom Tuna tubes to tempt in real big game beasts. Her Penn downriggers and custom outriggers will let you find your target, wherever it is lurking.

Camelot Sportfishing is a family-run, family-friendly business, which welcomes anglers of all ages aboard. Captain Robert and his world-class crew will be happy to teach beginners the tricks and techniques which have made them so successful in the Island’s tournaments. They will also confidently guide the most seasoned anglers to their personal best.

All trips come with tackle, bait, and lures. You do not need a fishing license in Hawaii, so all you have to bring is sunscreen. The crew will even clean and fillet your catch at the end of the day, ready to take home and enjoy - you will definitely have worked up an appetite!

Robert Hudson
Kailua-Kona, Hawaii, United States
I am an Air Force brat and I have lived all over the United States. My Mom had me fishing every river lake and stream as a kid. When I moved to Southern California I jumped on a big game boat and never looked back. I believe that the Lord put me here to do this. 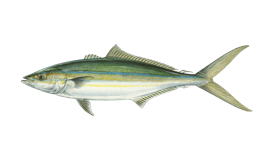 Bayliner (Flybridge) originally built in 1984, and restored in 2015. Powered by 2 170HP Yanmar engines, with a maximum cruising speed of 8 knots.

Cancellation
FREE Cancellation
You can cancel or change your booking free of charge up to 1 day before the trip date. If the captain cannot run the trip due to unsafe weather conditions, your booking can be moved to another date or canceled free of charge.
Pickup
Pickup not included
Transfer to/from departure site is not included in trip rates.
Child Friendly
No Smoking
You Keep Catch
Catch and Release Allowed 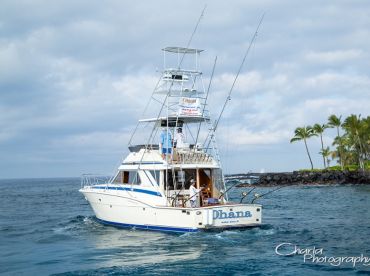 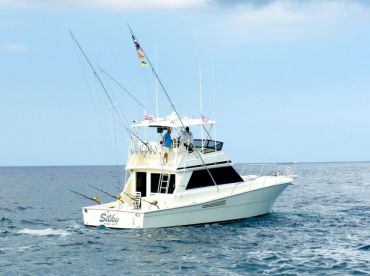 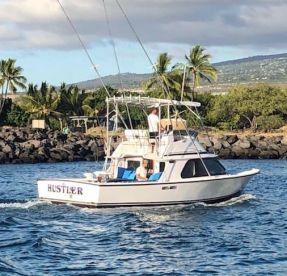 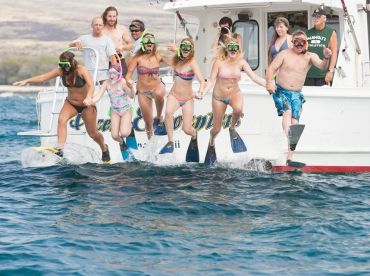 8 people are looking at this charter.
Charter added to wishlist
Charter removed from wishlist