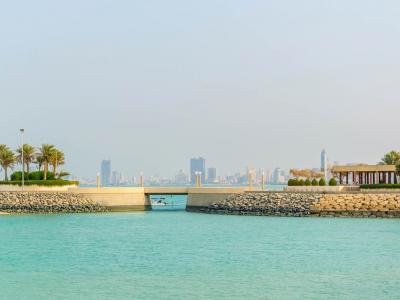 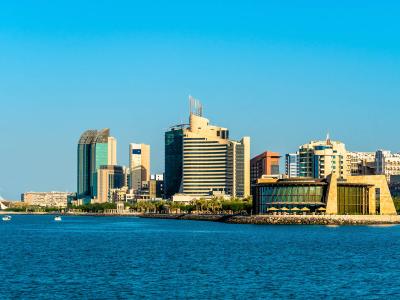 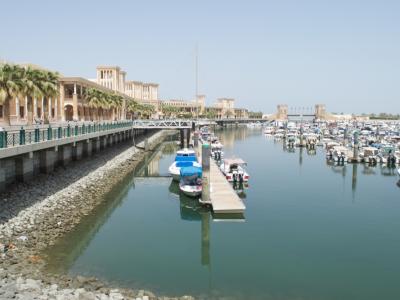 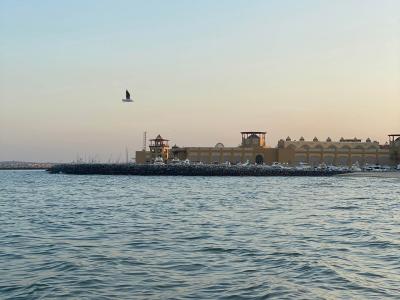 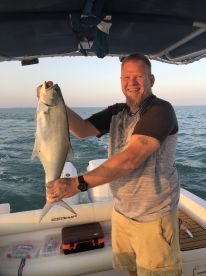 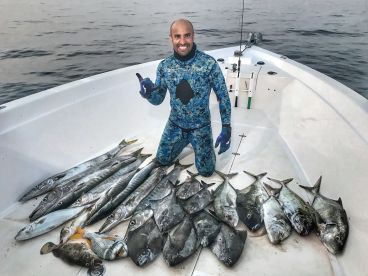 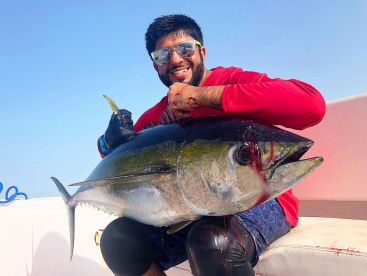 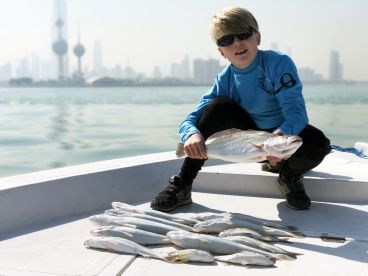 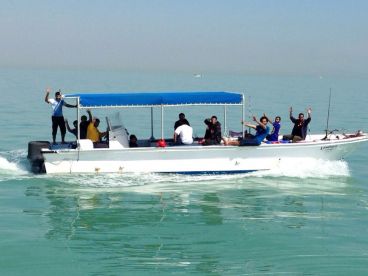 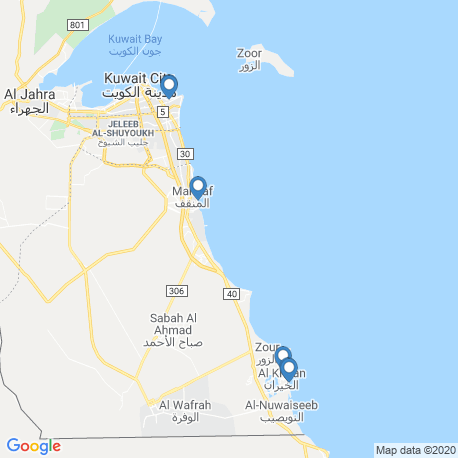 After political instability in the early 1990s, Kuwait has returned to its modernizing path. Its booming tourist industry makes use of the rich fishing on offer in the Persian Gulf. Explore the wealth of islands a stone’s throw from shore and discover these unearthed gems. With warm temperatures year round, there’s never a bad time to go fishing in Kuwait!

Despite the numerous hotspots dotted along the whole coast, most charters depart from two locations. In the center of the country, the capital Kuwait City and Salmiya offer charters out of the south of Kuwait Bay. While down towards the border with Saudi Arabia, the modern resort city of Al-Khiran is your gateway to the Gulf.

Kuwait City looks out onto Kuwait Bay, while Salmiya lies just around the peninsula, facing the Gulf. Trips out of Kuwait City will take you to the bay and islands such as Failaka and Ouha. Here, you’ll battle it out with a range of exciting and delicious nearshore fish like Trevallies, Snappers, Groupers, Cobia, and Mackerel.
Some charters in the capital will take you up to 55 miles offshore to explore some of the country’s southern islands, too. However, you’re more likely to find these out of Salmiya. Hit up Umm al Maradim and Qaruh Islands and take on some even bigger fish.

One of Kuwait’s most popular holiday resorts, Al-Khiran is a purpose-built town. The man-made beaches stretch out into crystal clear waters, making it an ideal location for holiday-makers.
In the south, you’re also closer to some of the best fishing islands in Kuwait. Umm al Maradim lies 15 miles offshore, and charters here will take you beyond the islands to some of the Gulf of Persia’s deepest waters. Head up to 60 miles offshore on a longer trip and discover some even bigger fish in the heart of this popular body of water.

Fishing is a popular family pastime in Kuwait and charter operators tailor their trips to the whole family. Some boats offer the option to rent scuba gear. The crystal clear shallows are home to coral reefs that many different, dazzling fish call home. Take advantage of this opportunity and witness first-hand the magical underwater.
With the wealth of oil here, you’ll also get to fish the rigs. These are popular feeding grounds for fish of all shapes and sizes. Experienced anglers will relish the chance to get hit, after hit, after hit here.
If you’ve got some experience with a spear in your hand (or with a speargun), you should keep an eye out for a charter that caters to your interests and away you go to the reefs.

Kuwait may be small but it certainly punches above its weight when it comes to fishing. Hop aboard a fishing boat in Kuwait and discover the riches of the Persian Gulf.
Kuwait
4.86
Based on 19486 reviews by FishingBooker anglers

It't time to get some winter sun with the warm weather affording you the chance to escape from the doom and gloom. What's even better is that the fishing is incredible too. Hit the reefs and rocks nearshore for red hot action.

There's no sign of it cooling down and you may even want to consider a spearfishing cjarter to catch some delicious Snappers, Groupers, Sea Bream, and many more. The reefs are overflowing with delicious fish just calling your name.

Get your last fix of reef fishing before the oil rigs become the place to be from April onwards. Hit the man-made islands and reefs for thrilling fishing, testing your skills against Trevallies and Queenfish, while also trying to fill the boat.

It may be a bit early, but hitting the oil rigs will still yield some fritful fishing. Battle it out with tough-fighting Barracuda, monster Amberjacks, and many more fish who'll be feeding around these structures, giving you a run for your money.

Cobia join the party here, giving you the chance to target something delicious and tough-fighting, as well as your usual inedible beasts. There's always the chance to fill your boat with Snappers and Groupers, but a Cobia is something else.

As if you needed anything more to make you sweat, the soaring temperatures mean there's also some red hot fishing to be had. You'll know that peak season is here as you head offshore to battle it out with Tuna, giant Cobia, and many more.

Hit up the islands and beyond as the relentless heat shows no sign of letting up. Speed off to work up a breeze before engaging in some of the most thrilling action imaginable. Troll the depths or bottom fish the shallows to fill the boat.

In theory, the peak season is coming to a close, but it won't feel like it as the fishing is as good as ever. Go after anything from Bream and Trevally along the reefs to Tuna and Cobia in the depths for a productive day out.

You can't really use the term "Indian Summer" in Kuwait as it's hot all the time, but the warm weather helps contribute to the continuation of incredible fishing. Enjoy the last of the oil rig season and test your strength against some monsters.

Head back to the nearshore reefs and islands as the season cools down but the weather doesn't exactly follow suit. Prolong your summer in Kuwait and enjoy the taste of Snapper, Grouper, or Bream after a productive day out.

The stunning waters around the reefs and islands are a delight to fish. Explore the magical world beneath alongside your fishing and there's fun for the whole family. Land some dazzling fish and head back to shore with a tasty treat to boot.

End the year in style as you head to the crystal clear waters surrounding the islands that dot the coastline of the Persian Gulf. Go afetr exciting and beautiful Trevallies along with delicious Snappers and Groupers and you may even land a Barracuda.

Reviews of Fishing in Kuwait

Reviews of Fishing in Kuwait