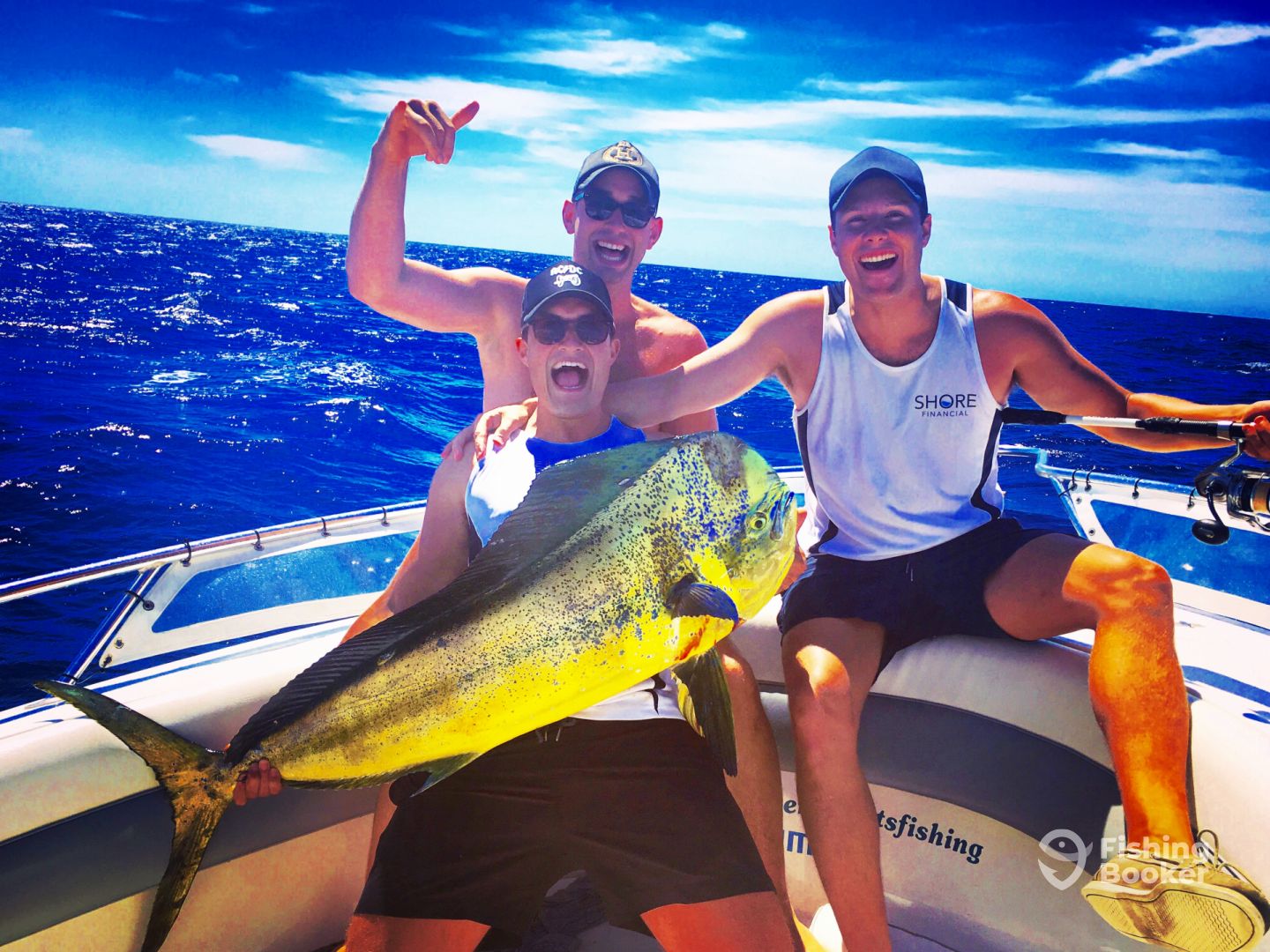 On board their 24’ OceanMax center console boat, you’ll have everything you need to get the most out of fishing in New South Wales. The Ocean Hunter has 1 Suzuki 300 HP engine and 1 auxiliary engine of 25HP, with enough room to accommodate 4 anglers. The vessel is designed to get you to the productive offshore reefs fast, without sacrificing comfort or style. 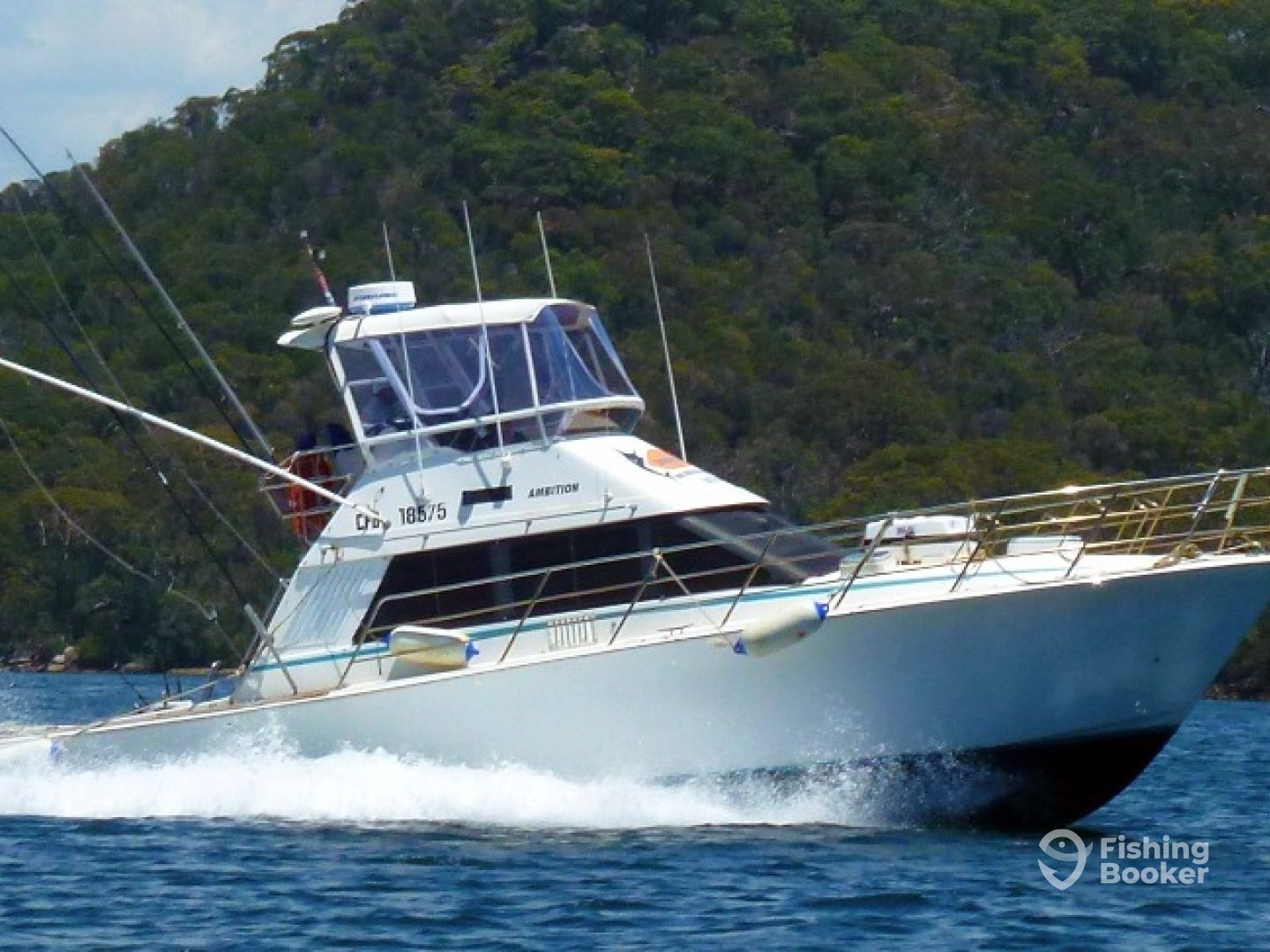 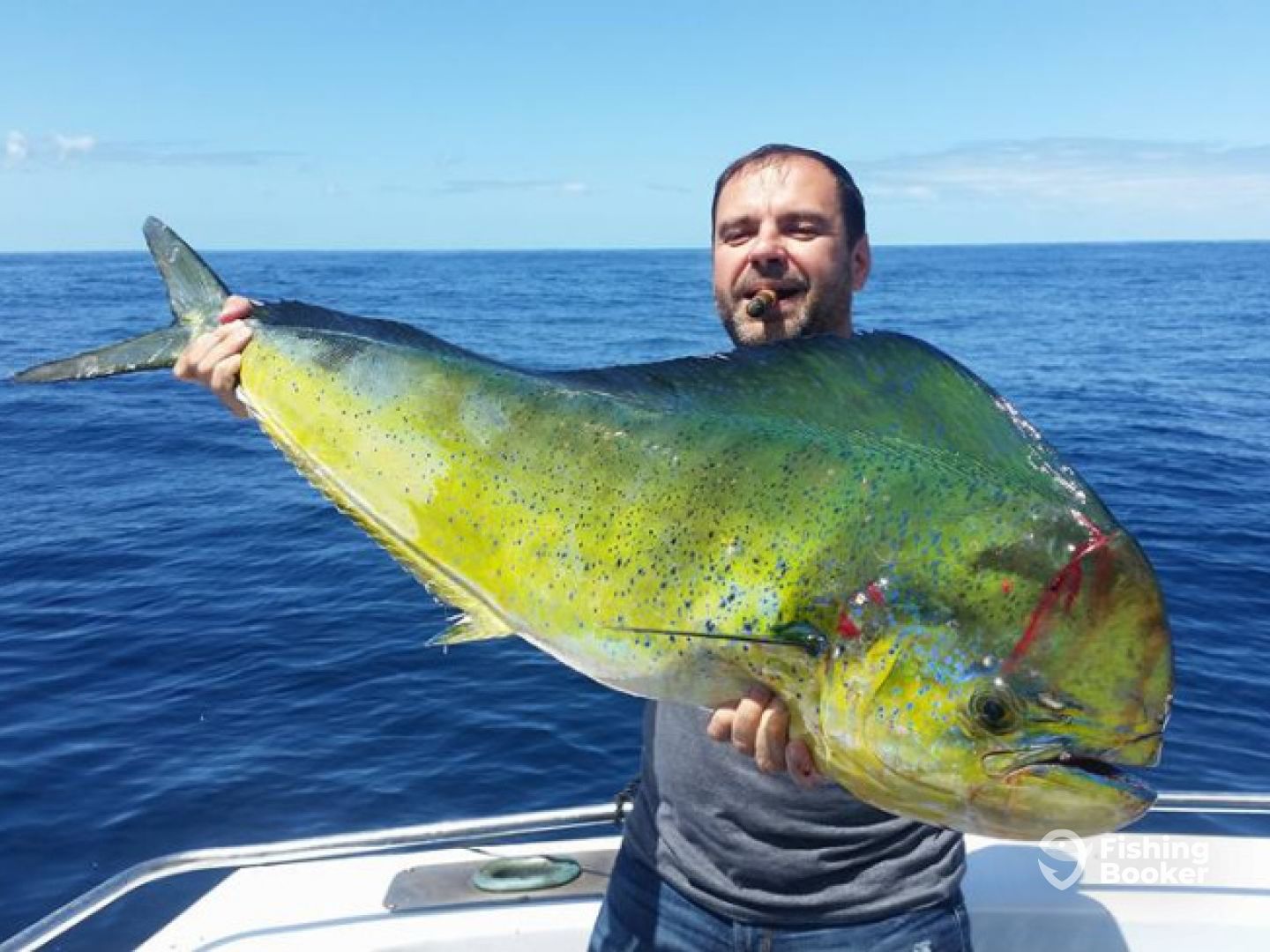 Captain George owns and operates Wahoo, a 34’ Lightning powered by a single 350HP Cummins engine, with a maximum capacity of 8 passengers per charter. Captain George has been a member of the fishing industry for more ten years, chasing a wide range 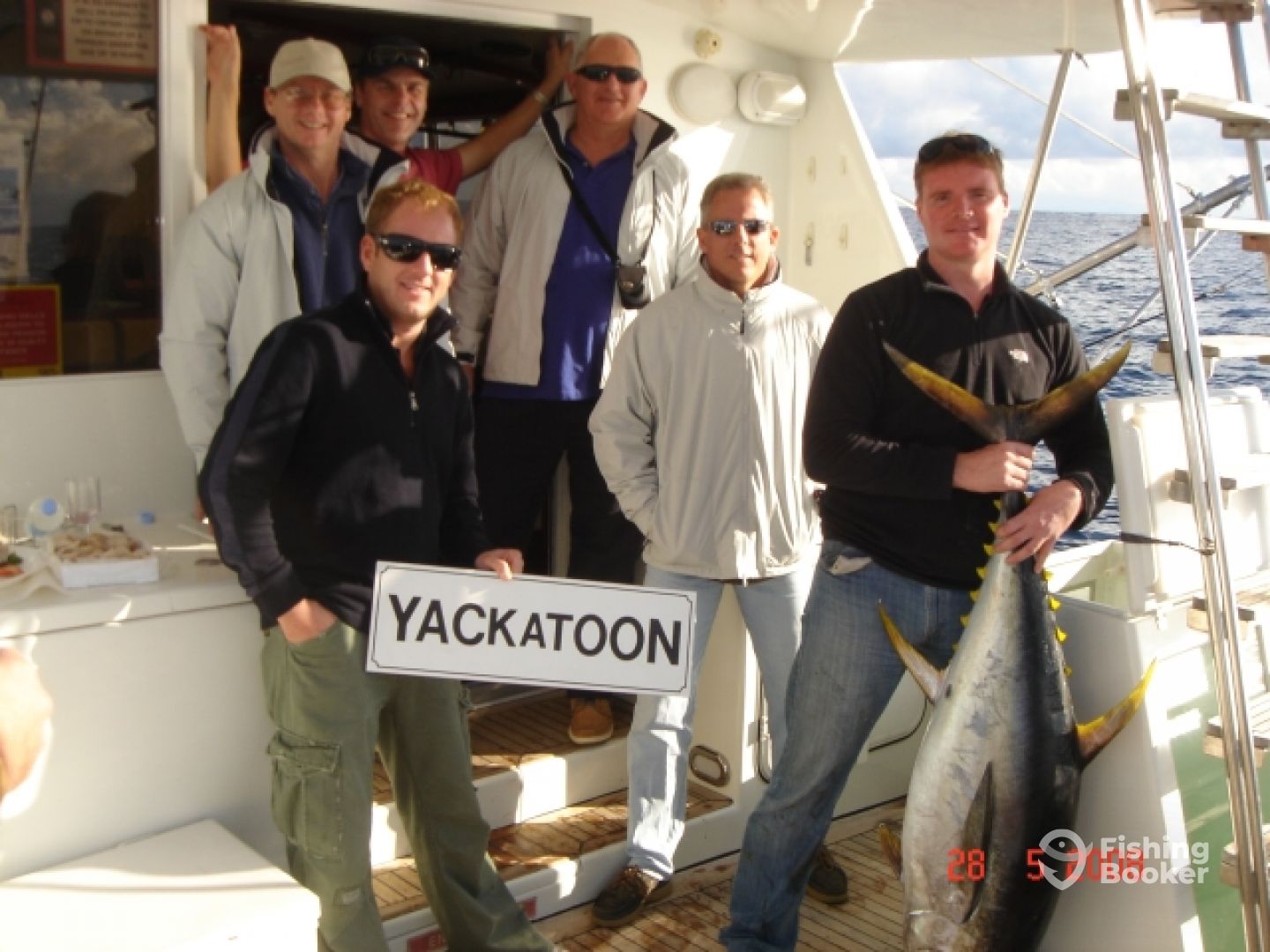 Sydney Luxury Charters specializes in a variety of scenic and exciting water-based excursions on the local Sydney waterways. If you’re looking for a harbor cruise, big game fishing trip, sightseeing tour, or even a unique marriage venue, the company’s ‘Yackatoon’ does it all.

The Marlin fishing Sydney offers is exemplary. You can target Blue, Black, and Striped Marlin all within a short distance from shore. The best time to come fishing for Marlin is from November to May, in the warmer months in New South Wales. Striped Marlin arrive first, then Black Marlin, and lastly, Blue Marlin. All three species make this area their prime feeding grounds until June.

Sydney Harbour offers anglers the rare opportunity to target Marlin just minutes after leaving the dock. This is great for anglers who aren’t a fan of travelling hours offshore. Just 22 km from the harbour is the continental shelf, which drops from 140 meters to 3,000 meters. This is the perfect habitat for huge predatory fish! It’s even possible to catch Marlin around Sydney just 16 km from shore!

The quantity and variety of Marlin found in Sydney give the Marlin Mecca further north a run for its money. However, the size of the Marlin you’ll be reeling in are smaller than their northern relatives. Local Black Marlin are usually around 200 kilograms, compared to the 400 kg specimens you can target in Queensland. Blue Marlin around Sydney will usually weigh around 150 kilos, with anything pulled out over 200 kilos is seen as a huge catch. There have been bigger Blues caught, but these are rare.

Anglers mainly target Marlin by trolling with heavy tackle. This opens up big game fishing to fairly new anglers. You’ll need strength to reel them in, so make sure your charter boat has a fighting chair to help you. Marlin will hit your lures fast – you’ll know you’ve hooked one when your line screams!

Book a Sydney Marlin fishing trip for an unforgettable day out!

Marlin (Blue) fishing in Sydney varies moderately throughout the year. High season is January to March. Low season is June to October. There is no closed season.
Sydney
4.14
Based on 19,433 reviews by FishingBooker anglers

Full day trip with Captain Ivan
Robert K. fished with Ambition Charters on April 4, 2019
Fish for what’s recommended for the season you’re in.
Half Day trip
Leonard T. fished with Find Fish Fast – Fishfinder on August 12, 2018
It was windy that day so we stayed in the Harbour.
Half day trip
Sacha D. M. fished with Deep Sea Charters - Kingfisher on January 6, 2018
Hat, sunscreen, water, food, NO BANANAS!!
Half Day Trip
Mark C. fished with Wahoo Charters on December 29, 2017
Book this boat! The captain and crew were amazing
10 hour Tuna Trip
Herman L. H. fished with Ambition Charters on October 29, 2017
Well the only thing that you need to keep in mind when you go fishing at all, you may or may not catch what you are looking for and that's why it called fishing and not catching. Put your faith in the Captain and crew and you will have a good day.
Half day trip with Stuart
Owen R. fished with Sydney Harbour Fishing Tours on October 8, 2017
Go with a good experienced guide on a well equipped boat.
Morning Trip with Colin and Phil
Philip N. fished with Deep Sea Charters - Reef Runner on October 7, 2017
Check the weather before going out and take sea sick tablets even if you don’t get sea sick!
Great Trip: CAPT Myer, Foreshore Charters, 25 March 2017
John E. fished with Foreshore Fishing Tours on March 25, 2017
There are several good charters on here and good info. I was a first-timer and got connected easily, with easy deposit and payment. And....caught fish!!