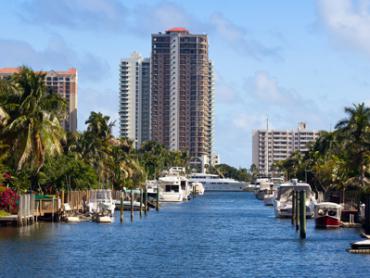 There’s a reason why reef fishing is so popular! It’s easy for novice anglers to enjoy and it’s loads of fun. Chances are you’ll catch a fair amount of fish, and most of them will taste good, too. There’s more to this type of fishing than a relaxing day on the water, though. In addition to small, colorful bottom fish, reefs are teeming with prestigious predators that will give even the most experienced fishermen a run for their money. All in all, reef fishing is a pastime for anglers of all ambitions.

What is Reef Fishing?

Reefs are permanent underwater structures, usually consisting of rock or coral, where a variety of species find shelter and food. These structures can be found anywhere, from lakes and coastlines (fringing reefs) to the deep sea (barrier reefs).

Many environmentalist groups work in tandem with local governments to construct artificial reefs, which can be made from cement and PVC. Artificial reefs are also constructed by repurposing old vehicles and sinking them. These structures attract lots of sea life and improve the health of fish populations. Artificial reefs, combined with regulations, help various species to bounce-back after being overfished.

Some extend the definition of artificial reefs to include offshore oil rigs, gas platforms, and other man-made structures which serve a similar function. Anglers employ the same techniques when fishing near any of these structures which fall under the category of “reef.”

The most prevalent techniques anglers use while reef fishing include bottom fishing, jigging, and drift fishing (since anchoring can cause damage to living reefs). These methods allow you to target any species feeding near the seafloor, such as Snapper, Grouper, Amberjack, Lingcod, and Halibut.

Trolling is also effective. This technique targets fish closer to the surface, like Barracuda, Cobia, Sailfish, Tuna, and more. On occasion, trolling below the surface also produces Snapper and Grouper.

Chumming is a failsafe method that will help you lure almost any fish toward the boat. So long as the tide is strong enough, a good chum mix will bring you anything from Mangrove Snapper to Sharks.

Spearfishing is very popular in areas where it’s legal, since this combines the appeal of good diving and good angling.

A stout, heavy action fishing rod is essential when reef fishing. You can pair it with a spinning reel or a free-spooling trolling reel. Be sure to use a reel capable of holding a large amount of heavy test line.

Reefs can be very sharp, so you will need to choose your line accordingly. Braided line is ideal, because it’s abrasion-resistant and stretches less than monofilament. You will also need a leader (12-24”) for extra protection against the rough edges of the reef. Nylon and wire leaders both have their advantages when fishing in saltwater, while fluorocarbon is preferred among freshwater anglers because it’s harder for the fish to see.

Anglers use a variety of baits while reef fishing. Live bait includes crabs, shrimp, mullets, and other baitfish; cut bait can also prove effective, but it must be fresh.

Fishing over reefs takes experience. You have to take in account factors such as wind direction and the speed of the current in order to keep yourself in a strategic position. In shallow water, reefs can be a navigational safety hazard. Hiring a charter captain is the best way to get acquainted with this method so you can learn to fish safely and effectively.

The Great Barrier Reef - The world’s largest coral reef system spans more than 2,300 km (1,400 miles). Located off the coast of Queensland, the Great Barrier Reef is a popular destination for anglers on the east coast of Australia. You can catch a wide variety of bottom fish here, such as Snapper, Grouper, Nannygai, Trevally, and more. Marlin, Tuna, and other big game trophies also frequent the reef.

The Florida Reef - This is the only living coral reef in the continental U.S.. The Florida Reef runs parallel to the Keys, around 4 miles offshore. In addition to Snapper and Grouper, anglers catch migratory pelagic species such as Mahi Mahi and Sailfish on occasion.

The Gulf of Mexico - The waters of the gulf are peppered with thousands of natural and artificial reefs. Today, artificial reefs play a large part in local conservation efforts as well as recreational fishing. The most notable example are the MBARA reefs, a collection of more than 150 reefs established by the Mexico Beach Artificial Reef Association. If you take offshore oil rigs and gas platforms into account, the Gulf of Mexico boasts more than 3,000 artificial reefs. Snapper, Grouper, Tilefish, Amberjack, Mahi Mahi, Sailfish, Marlin, and Tuna are a few of the species you’ll catch–depending on how far from shore you go.

Redbird Reef - This artificial reef off the coast of Delaware could almost be mistaken for a small city! The seafloor here is stacked with car tires, tugboats, barges, roughly 700 subway cars, and more than 80 tanks and personal carriers. This assortment of repurposed traffic covers about 1.3 square miles, every inch bustling with fish. Black Seabass, Flounder, Mackerel, and Tuna are just a few of the prizes waiting here.

The Maldives - Many atolls of the Maldives are ring-shaped coral reefs which host a wide variety of game fish. Here you can catch Barracuda, Mahi Mahi, Tuna, Grouper, Trevally, Rainbow Runner, Squirrelfish, and some of the most unusual bottom fishing you’ll ever see.

There’s no better place than a local reef to hook into some of the most flavorful and hard-fighting fish around. You never know exactly what will be on the other end of your line, and that’s why so many anglers find reef fishing irresistible! 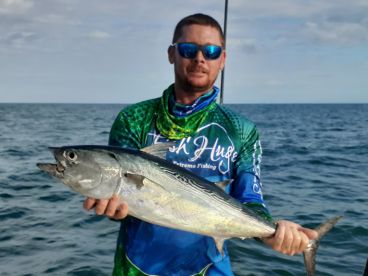 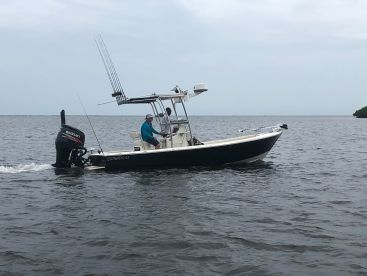 Set On Everything Charters 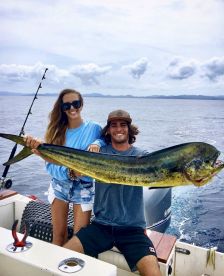 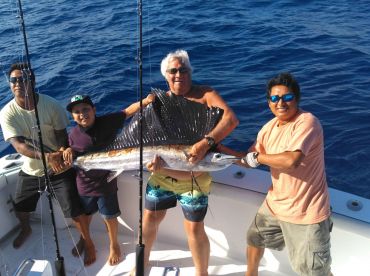 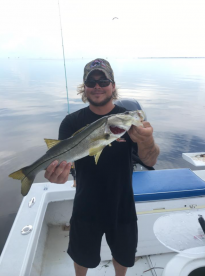