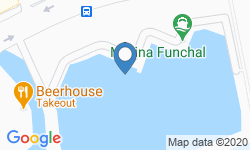 Madeira Island has some of the very best big game fishing in the entire Atlantic. The area is the go-to place for landing huge Blue Marlin, and the Balancal crew will do everything they can to help you catch one.

Captain Anibal Fernandes is a highly experienced angler from Madeira who built his experience fishing commercially in South Africa for two decades before returning home and becoming the skipper of a boat there. Over his time working on different charters, he has landed or helped land a total of 20 granders, a reputation which speaks for itself and an indication of how hard he will work to make sure you land the catch of a lifetime.

He’ll take you after not only the famous Blue Marlin, but White Marlin, Tuna, Wahoo, Mahi, and many other big game species. You’ll be exploring the most productive deep sea fishing spots, and the captain will show you all the tips and tricks for landing your personal best.

The 33’ Lochin 333 flybridge sportfisherman you will be fishing on is a superb fishing machine, fully equipped with GPS, fighting chair, restroom, and all the gear you will need for a variety of fishing techniques, including bottom fishing and trolling.

Marlins are strictly catch and release, but you’ll get to keep everything else (clients usually share Tuna with the crew). If you decide to keep your fish, the first mate will fillet it for your convenience. Balancal will cover all the fishing gear and bait you’ll need for a top day on the water, along with food and drinks.

Even though the captain loves having little ones on board, fighting Marlin can be very intense, so he recommends not bringing infants.

Casa Velha do Palheiro
Funchal, Madeira, Portugal
Madeira Marlin - Balancal is run by Casa Velha do Palheiro, specializing in excellent game fishing and incredible customer services. Their captains are experienced, passionate, and will do everything to provide their customers with an incredible fishing experience. Born in the Azores, Captain Salomão Lopes grew up on the sea, surrounded with boats and fishing. He used to work as a boat mechanic and now is one of the top captains in the area, specializing in pelagics. Captain Anibal Fernandes has a reputation of being one of the most skillful anglers in Madeira. After 20 years of being a commercial fisherman in South Africa, he returned to his home in Madeira in 1982 and started working as the skipper of 'Anguila.' One of his biggest accomplishments is catching and tagging an 800+ lb Blue Marlin. He's been operating the Balancal since 2000. 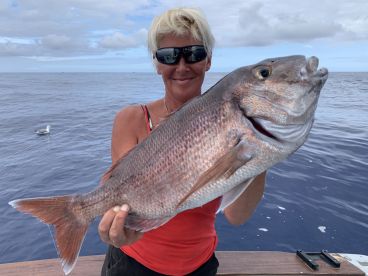 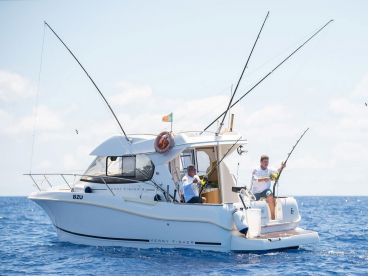 Calheta  • 31 ft  • 4 persons
Almost there...
/
Settings
Finding the best local fishing charters for you...
4 people are looking at this charter.
Charter added to wishlist
Charter removed from wishlist