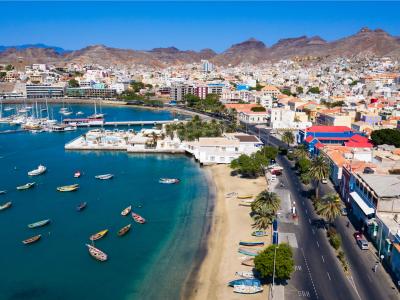 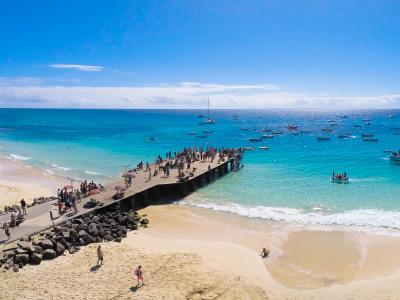 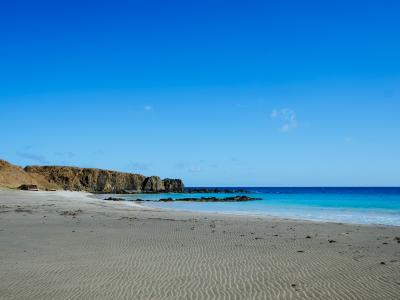 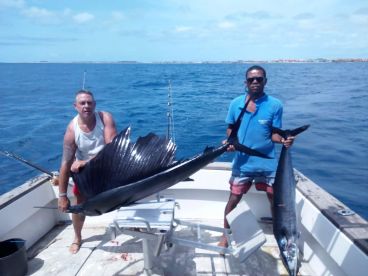 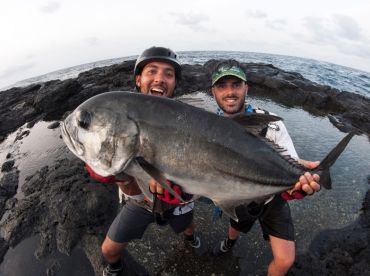 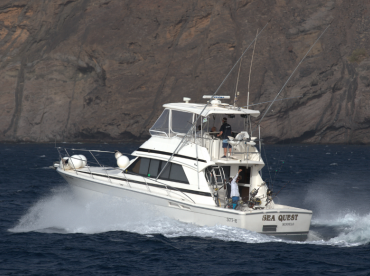 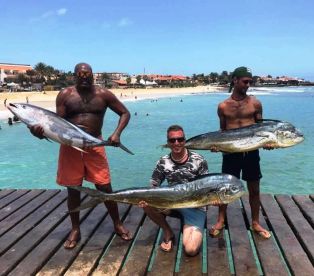 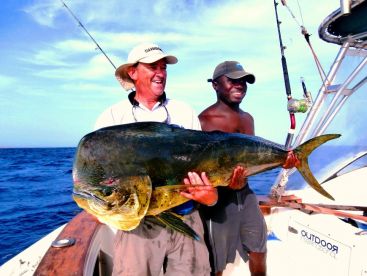 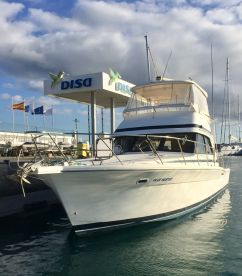 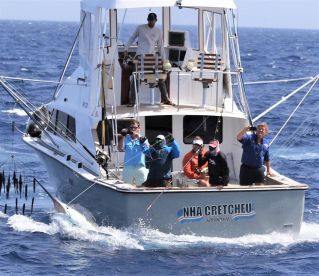 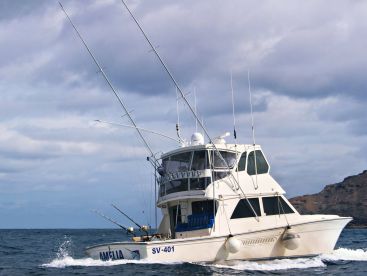 There’s no better place for deep sea fishing in the Atlantic than Cape Verde (also called Cabo Verde). This island nation lies 450 km off the coast of Senegal, surrounded by deep water and a resident population of big game fish. Simply put, these 10 islands were made for world class angling! A typical Cape Verde fishing experience will have you hooking into some of the world’s most sought-after prizes–not least among them the legendary Blue Marlin.

Cape Verde is the place for Blue Marlin fishing. This formidable foe swims in local waters all year, but the best time to catch one is between late March and July. Blues in Cape Verde range widely in size–you never know if you’re bound to hook into one that weighs 100 kg or one that weighs over 500 kg!

When the peak season for Blue Marlin comes to a close, anglers keep themselves busy catching White Marlin, Sailfish, Mahi Mahi, Yellowfin Tuna, Bigeye Tuna, Wahoo, Spearfish, Trevally and much more. These big game fish provide non-stop action through December, before strong winds pick up at the start of the year and make it difficult for charter boats to head offshore.

In addition to pelagic trophy fish, you can hook into an ever-present supply of bottom dwellers like Amberjack, Grouper, and Snapper. To top it all off, Cape Verde also offers some of the best Shark fishing in the world, and you don’t even have to leave shore to make the most of it!

With 10 different islands to choose from, you might be wondering where to start! There’s no shortage of hot fishing grounds around Cape Verde, but here are a few highlights to get you going:

The island of São Vicente has access to some of Cape Verde’s best Blue Marlin fishing. Combine that with the nation’s largest fleet of charter boats in Mindelo, and you’ve got a recipe for unparalleled deep sea fishing!

Located on the southern coast of the island of Sal, this town has her own fleet of charter boats ready to take you out to the deep water. For those who have yet to find their sea legs, Santa Maria also offers excellent shore fishing. Look for spots where the beach transforms into rockier terrain and cast a line for an assortment of Rockfish, eels, and more.

The nation’s capital on the island of Santiago doesn’t have bad fishing, either. In fact, this can be one of the best places to hook into Blue Marlin, and locals often complain when they manage to catch “only” a couple of Blues per day!

Cape Verde has international airports on the islands of Santiago, Boa Vista, and Sal, with air service from various cities in western Africa, Brazil, Europe, and the United States. Visitors must obtain a visa before entering the country.

You can rely on regular ferries and domestic flights to go between the islands.

Many Cape Verde fishing charters include licenses for customers, but it’s always wise to confirm this with the captain ahead of time. You can usually expect tackle and bait to be included, as well.

While it’s legal to catch and keep many fish species in Cape Verde, some anglers are working hard to protect fish like Marlin and Sharks by tagging and releasing them. Make your intentions known to the crew before booking your trip to avoid a misunderstanding.

Many charter operators in Cape Verde offer 8-10 hour deep sea fishing trips. These range from USD $1,000-$2,000, depending on the quality of the boat and whether you plan to target Blue Marlin. Non-Marlin fishing trips in the off-season are usually on the lower end of this price range.

In some areas, you’ll find 4-hour trips for $400-$600. These quick trips include bottom fishing for Snapper, Grouper, Amberjack, and more.

Trolling will help you catch a wide variety of fish in Cape Verde, from Blue and White Marlin to Wahoo, Mahi Mahi, Tuna, and Barracuda. The classic method of “bait and switch” is also popular around the islands. Jigging and bottom fishing produces Amberjack, Grouper, Snapper, and more.

Spearfishing has gained a lot of popularity in Cape Verde. Anglers use this technique to catch Wahoo, Tuna, Mahi Mahi, Amberjack, Grouper, and even Marlin on occasion. It’s common to go spearfishing near drop offs and around offshore banks. For beginners, targeting Amberjack relatively close to shore is a good way to get acquainted with this method before diving into deep water.

Yet another fishing method you’ll see anglers use in Cape Verde is surf casting–and it’s not just reserved for small fish! You can catch a variety of Sharks this way, including Tigers, Lemons, Bulls, and more.

With a wide variety of game fish to hook into and almost as many ways to catch them, your time in Cape Verde is sure to be an adventure!

Cape Verde
4.38
Based on 19446 reviews by FishingBooker anglers

Strong winds will prevent you from heading offshore in January. This is one of the only months when you won’t have a chance to indulge in the deep sea fishing Cape Verde is known for.

Strong winds prevail this month, but you can try your luck fishing the surf! Anything from eels and little “captain fish” to monster Sharks are in the cards!

With Cape Verde’s worst weather behind you, March is great time to start exploring all the possibilities offshore. Wahoo, Mahi Mahi, Marlin, Amberjack, and much more is biting.

Blue Marlin are at their peak, making April one of the best months for fishing in Cape Verde. In between big Blue hookups, anglers are catching Wahoo, Mahi Mahi, and more.

As peak season for Blue Marlin continues, you can expect lots of trolling offshore! Those who stay inshore can bottom fish for Amberjack, Grouper, Snapper, and more.

Blue Marlin fishing will stay strong all through June, as anglers continue hooking into this deep sea beast left and right. Cape Verde’s prime Tuna fishing season is just around the corner.

As Blue Marlin begin fading out, Yellowfin and Bigeye Tuna swoop in to take their place. Mahi Mahi and Sailfish are also at their peak and will keep you busy until the end of the year.

Heading offshore will bring you face-to-gills with White Marlin, Tuna, Mahi Mahi, Sailfish, and Wahoo! Looking for some table fare instead? Try bottom fishing for Grouper, Amberjack, and more.

Trolling artificials at this time of year produces Wahoo and Yellowfins weighing up to 150 kg! Calmer winds make this a great time for jigging, which will bring you anything from Amberjack to Barracuda.

Fishing in Cape Verde will be pretty consistent from here on out: you can expect to catch Tuna, Sailfish, Mahi Mahi, White Marlin, Spearfish, and so much more.

Amberjack have reached their peak, which makes late fall and early winter the perfect time for some serious jigging and bottom fishing. You can always try surfcasting for Sharks for a change of pace!

The year goes out with a bang here in Cape Verde! The seas are swarming with Tuna, Sailfish, Wahoo, Mahi Mahi, Sharks, and a variety of bottom fish.