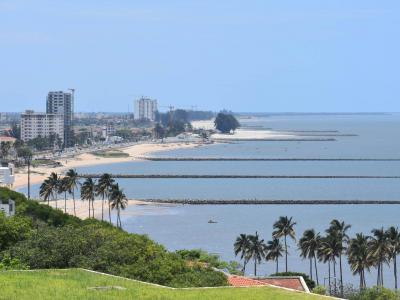 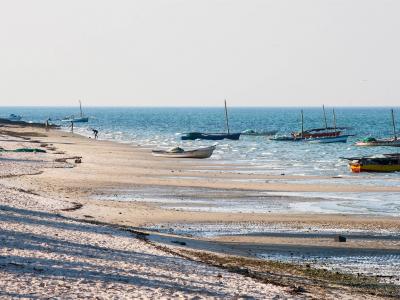 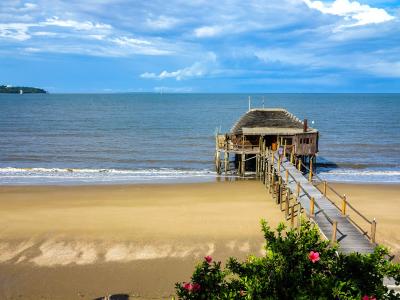 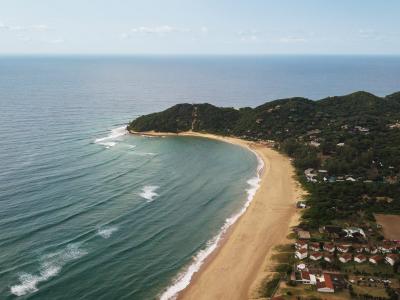 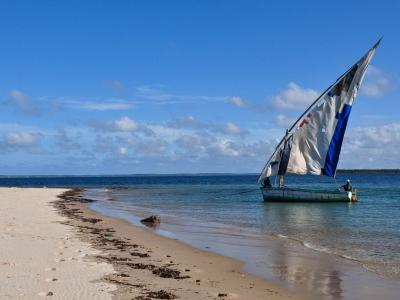 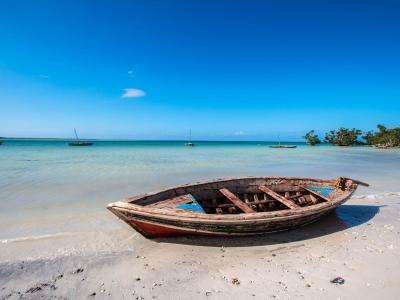 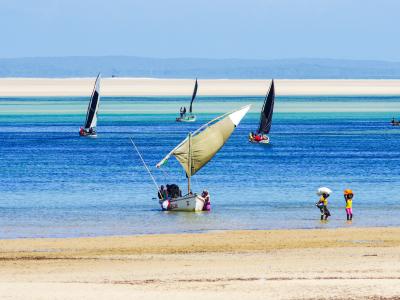 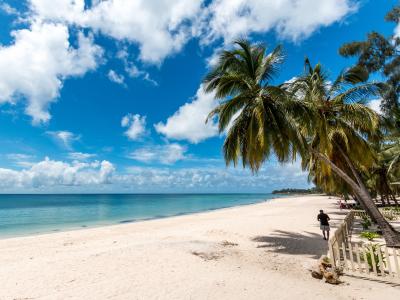 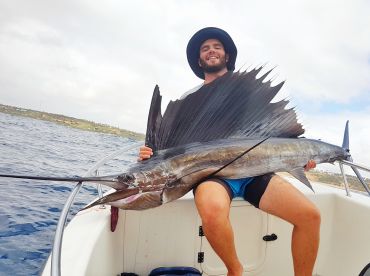 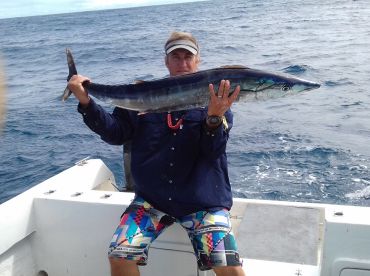 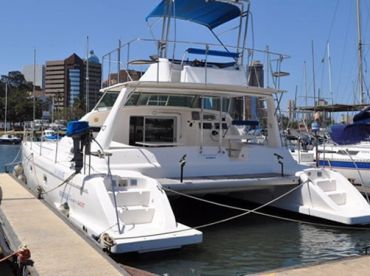 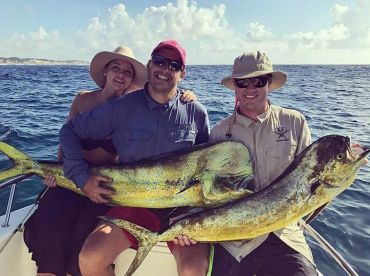 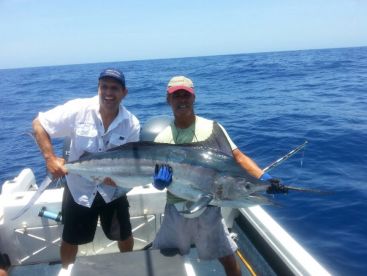 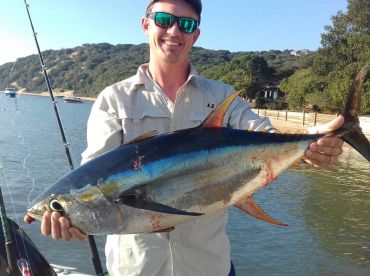 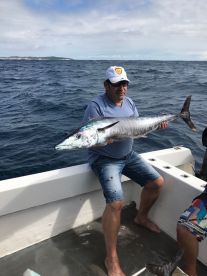 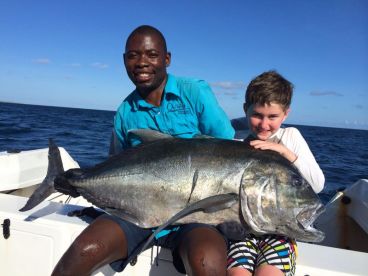 Rapidly gaining a reputation as one of the world’s best countries for fishing, Mozambique is starting to make the most of its riches. Fishing in Mozambique is almost unparalleled. With a wealth of bays along its rugged coastline and its proximity to the deep waters of the Indian Ocean, you can expect monster fish year round!

Fishing in Mozambique is pretty much synonymous with Marlin. Offshore fishing trips into the Indian Ocean yield plenty of monster Marlin, as Blue, Striped, and Black Marlin call these waters home.
This fishing is not for the faint-hearted. Battling it out with a Marlin, Tuna, Mahi Mahi, or Sailfish requires plenty of strength. We suggest you have some experience with a rod in your hand before heading offshore.
There’s also plenty of fun inshore. Hit the numerous bays for shallow-water fishing. Angling enthusiasts can test their skills on the fly, while first-timers can go after Queenfish, Yellowtail Amberjack, Jobfish, Bonefish, Pompano, and even Giant Trevally on light tackle.

Whether you’re on the north, center, or south of Mozambique’s rich coast, there’s a fishing charter waiting for you. Explore the shallow bays or deep seas. Wherever you go, the fishing is great!

Quirimbas National Park is your starting point in the north. There’s a world of nature and marine life waiting to be explored here. Head on an overnight trip and discover the string of islands that separate the mainland from the continental shelf that promises one thing for sure – monster fish!
Around 200 miles south, Nacala is hidden in a bay, offering exciting near and offshore excursions. Spend 8 hours heading to the deepwater canyons or half the day nearshore, and battle it out with anything from a Giant Trevally to a Tuna.

Vilankulo (or Vilanculos) is one of Africa’s best fishing destinations. Geared towards Mozambique’s booming tourism industry, it features plenty of luxury hotels and huge offshore sportfishing boats.
With the deepwater canyons a ride away, hop aboard a 10-hour or longer charter to battle it out with some of the ocean’s biggest creatures. Go after Wahoo, Mahi Mahi, Jobfish, Giant Trevallies, Tuna, and, of course, Marlin for a thrilling angling experience.

More diverse than the rest of the country, the south could be split into several sub-sections. Just out of Maxixe, the Inhambane Islands offer a wealth of nearshore fishing. Head to the capital further south and try bay and reef fishing, or an offshore excursion out from the Bay of Maputo.
Let the trolling lines do the work for you offshore or get a hands-on experience nearshore. Test your bottom fishing skills as you go against Yellowtail Amberjack, Queenfish, Jobfish, or Trevallies, or even try fly fishing or spearfishing for that extra rush.

Everything you need for a productive day on the water is awaiting you, including rods, reels, and live bait. Just bring yourself, some drinks and snacks, and settle in for a thrilling day.
Make sure to keep an eye on the weather as the tropical climate produces extreme changes. The wet season runs from October through March, and cyclones tend to hit in March or April. Other than that, you should always keep an eye on any government travel warnings before traveling.
And that’s it! You’re ready to go fishing in Mozambique for a thrill like no other. Where else can you fight a GT and three types of Marlin in the same day? Plan your next trip and get ready for a true fishing adventure.

If you can catch a dry day in January, then you’re in luck. Blue, Black, and Striped Marlin team up with Mahi Mahi to give you the chance of a prized and delicious catch.

With the wet season still in full flow, your best bet fishing in February is nearshore. Hit the productive reefs nearshore and bottom fish for Green Jobfish among more.

Keep a close eye on the weather forecast and avoid being outside when a cyclone hits at any cost. Its impact on the fishing will be hard-felt, so focus your attention on nearshore waters.

Things are starting to heat up once again as Giant Trevallies make their way back to the reefs and Wahoo joins the offshore party. Head offshore or nearshore and you won’t be disappointed.

It’ll feel like the season is in full flow when May kicks in. Yellowtail Amberjacks hit their stride and join the Jobfish and Trevallies to give you the pick of the reefs.

It may officially be winter in June, but the red hot fishing gets going in Mozambique right about now. Sailfish make their way to the offshore waters giving you the chance for big game fishing.

The year-round Jobfish population is still the gift that keeps giving nearshore, while Sailfish and Wahoo continue to offer some serious offshore opportunities, so take your pick in July.

With the wet season a distant memory, the calm waters provide some thrilling fishing opportunities. Head offshore for a big game adventure or fill the boat on the reefs!

Serious fishing gets underway again in September with the return of Striped and Blue Marlin and the arrival of Yellowfin Tuna. Show off your strength and catch a tasty treat offshore!

Never before has offshore fishing been so good. Black Marlin finally joins the party, giving you the opportunity to land all three kinds of Marlin in these productive deep waters.

There’s no sign of the fishing slowing down despite the threat of rain in November. If you manage to get out between storms, you’ll get to go offshore or to the reefs for a thrilling trip.

End the year in style with a December fishing trip. Giant Trevallies will offer incredible inshore opportunities and all three Marlins wills still be biting in the depths, if you find time to get out!

FishingBooker has a Shopper Approved rating of 4.8/5 based on 19481 ratings and reviews