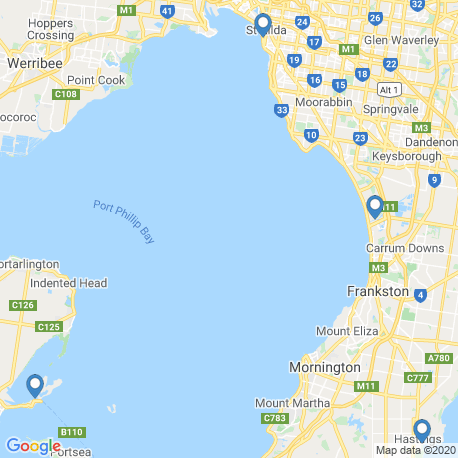 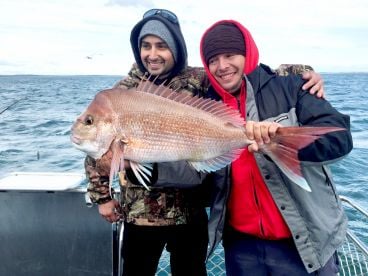 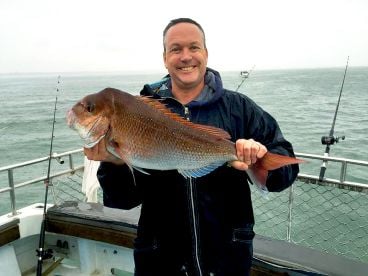 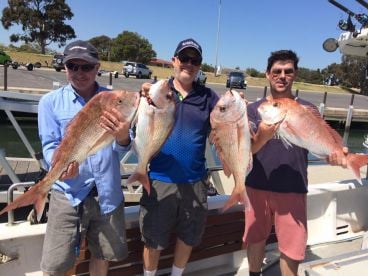 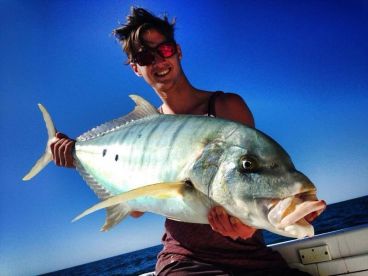 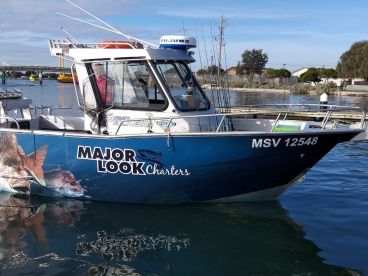 Some people say that the incredible fishing in Melbourne is not what earned this Victorian metropolis the title of ‘the world’s most liveable city’. We disagree. Yes, the town may be home to a notoriously trendy cafe culture. Sure, you might be more likely to spot someone on a ‘fixie’ than on their feet. But it’s the bounty of the city’s enormous Port Phillip Bay that makes us weak at the knees.

When we say bounty, we mean Snapper. And when we say Snapper, we're talking about Pink Snapper. As if that wasn't enough names for one fish, this notorious bait-nibbler is locally known as the Big Red (when it's big) and Pinkie (when it's not).

What makes Melbourne really special is its unbreakable connection to the water. The city practically embraces Port Phillip Bay, meaning you’re never far from fish. For the visiting angler, this means the sheer number of fishing spots Melbourne has access to can be quite hard to digest. For those short on time for lengthy articles, here’s a run-down:

Port Phillip Bay is what Melbourne is all about. This huge bowl of water is practically 2,000 square kilometres wide. 330,000 anglers test these waters every single year. And we don’t blame them. This is where you will find the majority of Melbourne fishing charters. But why?

Well, when it comes to Snapper fishing, Port Phillip Bay is the place to be. This is because the Bay is relatively shallow, and its dish-shaped bottom makes it the ideal place to shelter when the wind is blowing offshore. What with that and being hardly able to move for recreational fishing reefs, this means only one thing: the ideal breeding ground for some of the biggest Snapper you can find.

Port Phillip Bay fishing hot spots include the area from Carrum and Mornington to Mt Martha in the south of the Bay, as well as the Williamstown and Altona areas in the north. Don’t want to travel far? Luckily, it doesn’t get much better than St Kilda for access to both big Snappers and the city centre. And it’s not all about the Snapper. Anglers fishing Port Phillip Bay can find themselves battling King George Whiting, Gummy Sharks, Squid, Flathead, Salmon, and Garfish as well.

If you want to escape the crowds, head to Westernport Bay. This may be just across the peninsula from Port Phillip Bay, but it’s hard to find more of a different waterway. While Port Phillip is fairly consistent in depth, Westernport Bay fishing is all about deep tidal channels and shallow mud flats. While both hold good numbers of fish, Westernport can give you that little bit of variety you were craving.

All anglers fishing in Melbourne must purchase a Recreational Fishing License. These are available online, as well as from local tackle shops. Certain fish are subject to limits and closed seasons (subject to change), and some species may not be filleted until they have been brought ashore. Go on a professional Melbourne fishing trip, and your skipper will be able to advise you on the current restrictions and regulations.

Most of the Snapper fishing charters Melbourne is home to focus on one thing: anchoring up and bringing in the fish. Anchoring is vital in Western Port, where a strong tide can move you away from your chosen spot sharpish. That being said, Port Phillip Bay fishing charters can have some success with drift fishing, which is more practical in these waters. What unites both areas, though, is berley - and lot’s of it. Cut-up pilchards work wonders, while commercially prepared chum can be almost as good. Fish with bait or lures and you will be in a good place to hook a big Red.

Pro tip - try fishing for Snapper at night. This will let you skip the worst of the crowds and even catch a better bite, as the fish move into shallow waters closer to shore.

No fishing charter for you? Head to a local pier with a 2m rod that is suited to 6-10kg line (if you are targeting Snapper, that is). Smaller fish like Whiting and Flathead are most enjoyable to target with light tackle.

Melbourne is in the grips of summer and hotels are booking up fast. Get ready to catch Snapper in Port Philip Bay. They are biting well, enjoying the warm water. Look for Yellowtail Kingfish, which starts to appear.

Kingfish fishing heats up this month in Melbourne, with some large specimens around for the catching. Some big Snapper remain in the Bay, with Garfish, Flathead, and King George Whiting all curious to take your bait.

Fish for the remaining Snapper in the Bay and find Australian Salmon as they start to come into the Melbourne fishing mix. Enjoy cooler temperatures as the weather transitions to autumn.

April sees Snapper mania fade as the Big Reds mostly start to head out into the open ocean. A lot of local sportfishing boats will travel west for the winter, ready to tackle Bluefin Tuna from Portland and Port Fairy.

Fishing pressure has died down with many fanatic fishos having left town. But that doesn't mean you can't find a good bite. Head to Queenscliff for huge winter Whiting, or look for Pinkies over reefs in the northwest of the Bay.

It may be cold outside, but you can still find some exciting fishing in Melbourne in June. Look for Squid in the Mornington area, with Garfish also appearing in the same area. Nothing beats fresh Calamari for dinner!

Who said midwinter in Melbourne was dull? Get out on the water and you'll be in with a good chance of catching large numbers of Squid, Pinkies, and King George Whiting. Westernport Bay is also full of fish.

If you like Squid, this is your time to catch a really big one. King George Whiting will be biting steadily until the end of the winter in Port Philip Bay. Otherwise, head to Westernport Bay for some excellent Gummy Shark action.

Spring is in the air – at last! September in Melbourne is all about making the most of the spring flowers and the fact that most of the tourists haven't made it onto the streets yet. Get up early for the best bite and look for Snapper!

October is when things start to get interesting for fisherfolk in Melbourne. The Big Reds are in town, and everyone knows it! Be prepared to battle the crowds in the Bay for the return of big Snapper. This is peak fishing time.

If you thought October was good for big Snapper, wait until you see what the bite is like in November. The fish are biting almost all day long, which is great as the days get longer and the weather heats up.

Celebrate the festive season with big Snapper biting just as well as ever. Enjoy the red hot temperatures of Melbourne's summer as you prepare to battle the crowds in the towns, on the beaches, and in the bay.

Reviews of Fishing in Melbourne

Reviews of Fishing in Melbourne

FishingBooker has a Shopper Approved rating of 4.8/5 based on 19474 ratings and reviews