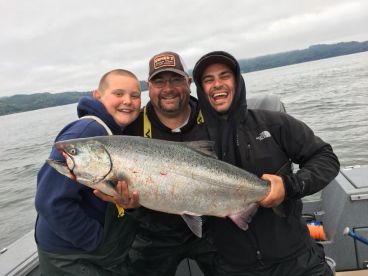 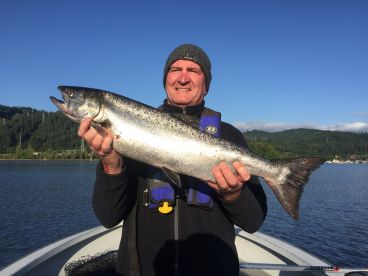 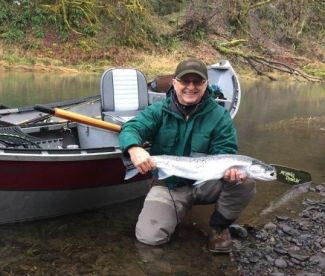 Rather B Fishing – Drift Boat 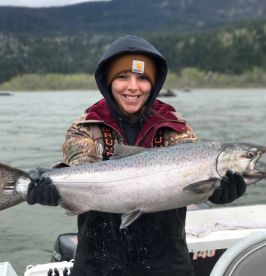 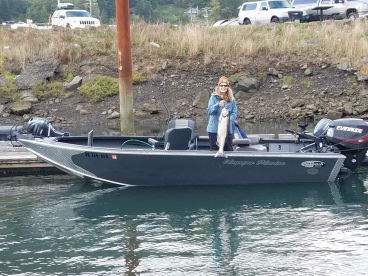 Rather B Fishing—Jet Boat Portland 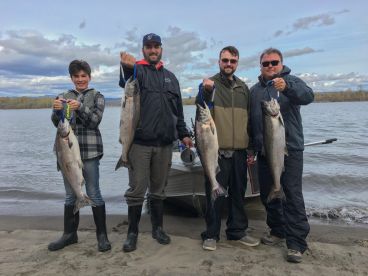 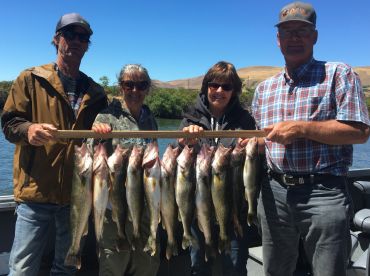 For freshwater anglers, nothing compares to the fishing in Portland, Oregon. These city streets are known for their quirky coffee houses, microbreweries, and a generally offbeat culture that draws many young artists to its doorstep. If you drift away from the crowds and down one of the local rivers, you’ll soon discover that the biggest city in the state also comes with some of the biggest fishing opportunities. Here, you can hook into a near constant supply of Salmon, Steelhead, and Sturgeon--a team of hard-fighting trophies that keep fishing guides in Portland, Oregon busy all year long.

With no shortage of productive rivers to choose from, it’s easy to see why Portland is home to so many fishing charters. The Columbia and Willamette Rivers converge right on the city’s doorstep, giving anglers immediate access to some of the best fishing in the state. Many guides make use of other local fishing grounds, as well, such as the Clackamas and Sandy Rivers. The Cowlitz River, halfway between Portland and Seattle, is another popular destination, if you don’t mind the extra travel time.

When the season is right, local guides also trailer their boats to the Oregon coast to fish the mouth of the Columbia River and tributaries like the Wilson and Nestucca Rivers. Savvy guides are always looking for the best bite, and it’s not easy to predict where it will be. They follow the fish from one end of Oregon to the other, and their itinerary one year can be very different from the next.

What You Can Catch

Depending on the river, anglers in Portland can target as many as 5 runs of Salmon in a year, including Chinook, Coho, and Sockeye Salmon. Spring Chinook arrive in March, kicking off the prime seasons in the Columbia and Willamette Rivers. The summer run arrives in June, marking the famous “June Hog” season when you can catch especially large Chinook (25 lbs and above) in the Columbia River. Many guides head west to Astoria to make the most of the summer run.

The fall Salmon run is one of the most exciting events of the year. Astoria’s Buoy 10 fishery opens in August, signaling the start of the season. This is when anglers flock to the Oregon coast for Chinook and Coho Salmon, and many of them follow the fish east as they make their way past Portland and into Idaho. By September and October, fishing near Portland is fantastic. You’ll see many anglers ambushing fall Chinook near the Bonneville Dam and in the Willamette River.

Portland sees two Steelhead runs, one in summer and another in winter. Summer Steelhead swarm the lower Columbia River in early June and make their way to Idaho by August. Almost every tributary in the area gets a piece of the summer Steelhead action, and it’s not uncommon to hook into Sockeye and Chinook Salmon while you’re fishing at this time. One of the most productive summer Steelhead fisheries is the Cowlitz river up north, known for its stunning scenery and exceptional numbers of fish.

The winter Steelhead run lasts from November through February. The Clackamas River is a favorite among Portland fishing guides at this time of year, because they get not just one, but two winter runs. Hatchery Steelhead heading to Eagle Creek show up before Christmas and peak around January, which is when a second run enters the mix--heading straight for “The Clack” itself. This second run lasts through March, often overlapping with the summer Steelhead run to produce non-stop light tackle and fly action.

The Sandy River and lower Willamette also produce large numbers of winter Steelhead, but take caution when fishing here because you can’t keep every fish you catch. Swimming among thousands of hatchery Steelhead are their wild cousins, which put up a great fight but must be released.

Even after tackling massive Chinook and acrobatic Steelhead, Portland fishing fanatics aren’t ready to lay down their rods. And why should they? After all, they’re sitting in the middle of some of the best Sturgeon fishing around! The Columbia River sees a steady supply of Sturgeon all year, featuring your run-of-the-mill “keeper” sized fish as well as massive trophies.

From January through April, Sturgeon are mostly found in the stretch between Longview and Portland, in both the Columbia and Willamette Rivers. Come May, their super-sized brothers show up near the mouth of the Columbia in Astoria. This is trophy season, and it keeps anglers preoccupied near the coast well into July. Hooking into 100-200 lb fish reminds many visitors of wrangling a Marlin, and they walk away with bragging rights to one of the hardest fights of their life. Anglers continue fishing for big Sturgeon closer to Bonneville Dam in October and November.

Trolling is the primary Salmon fishing technique in Oregon. Wobblers and Herring tend to be common baits for those fishing in Portland. Depending on the river and the time of year, you might use a wide variety of specialized techniques, including back trolling, back bouncing, hovering, and casting plugs.

Light tackle spinning and fly fishing are the methods of choice when it comes to Steelhead. Many anglers fishing from the banks of the rivers around Portland like to plunk with Spin-N-Glos, since this is an especially easy way to catch summer Steelhead.

The trick to catching Sturgeon is less about the technique itself and more about keen insight. You can expect to use heavier tackle for this fish, with fresh bait like Herring, Anchovies, Squid, Nightcrawlers, and Sardines. Some anglers attach Corkies or Spin-N-Glos to the leader to attract attention.

Fishing guides in Portland, Oregon do not supply a fishing license for their customers. Anglers age 12 and above must buy their own license, available online.

Size and bag limits apply to all major game fish in Oregon. Fishing with a local guide is the best way to fish responsibly. Catch and release Sturgeon fishing is open year round. If you wish to keep a Sturgeon, consult with your guide ahead of time so they can help you fish when it’s legal to keep your catch.

Portland
4.04
Based on 19448 reviews by FishingBooker anglers

There’s no shortage of festivities in Portland at the start of the year. When you’ve had your fill of Chocolate Fest, the Reel Music Festival, and  Chinese New Year, head to rivers for some Steelhead action.

Winter fishing continues, with Steelhead and Sturgeon putting up spectacular fights in the rivers around Portland. Head back to shore when you’re done and warm up at the Oregon Seafood and Wine Festival.

Spring Chinook are here! This is the perfect time to cast a line in the Columbia River and see what the fuss is all about. Meanwhile, the streets will be bustling with St. Paddy’s Day festivities.

Average temperatures creep as high as 60°F in April, as the spring fishing continues to heat up, too. Trophy Sturgeon season and the summer Salmon and Steelhead runs are just around the corner.

Around this time of year, many fishing guides in Oregon start heading to Astoria and Bonneville Dam for trophy Sturgeon. Spring Salmon are still biting hard, as temperatures climb toward 70°F.

June is full of possibilities, so don’t put all your eggs in one basket! Climb aboard and dabble in trophy Sturgeon fishing, June Hog season, and the start of the summer Steelhead run.

Take a break from fishing and enjoy your lunch in the park with Noon Tunes or relax at any number of other music festivals in Portland this month. The fish will still be there when you come back.

The Buoy 10 fishery opens this month, and any guides who didn’t head to the coast before will likely head there now for world class Chinook and Coho Salmon fishing.

By now, the fall Salmon are making their way to Portland, joining the last of the summer Steelhead. Many guides will follow them back home to fish the local rivers through winter.

Fall Salmon are still available, along with the last of the trophy Sturgeon near the Bonneville Dam. Portland is full of the Halloween spirit at this time of year, with haunted houses, corn mazes, and more.

The first of the winter Steelhead arrive in November, drawing light tackle and fly anglers into the Clackamas, Willamette, and Cowlitz rivers. Portland is kicking off the holiday season with its famous ZooLights display.

With the holidays in full swing, Portland is as festive as ever. Anglers slip away from the hustle and bustle for a chance to catch winter Steelhead, Sturgeon, and more.

Reviews of Fishing in Portland

Reviews of Fishing in Portland

Sturgeon trip on the Williamette with Captain Joe
Paul W. fished with Rather B Fishing—Jet Boat Portland on April 17, 2019
I had never been fishing for Sturgeon and now I’m glad we did! Great suggestion by the Captain. Great action all day. Big fish! 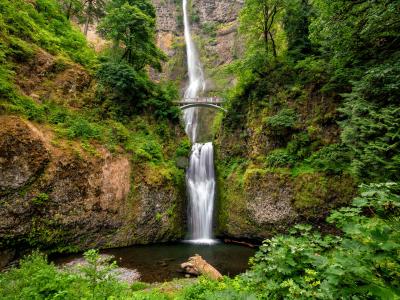 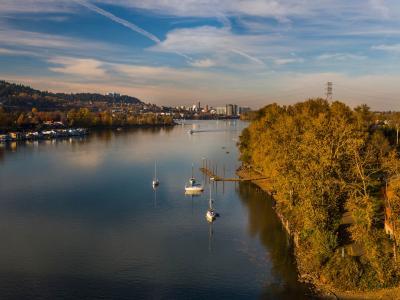 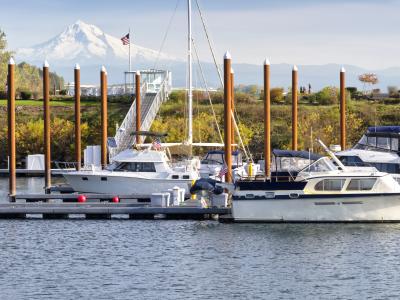 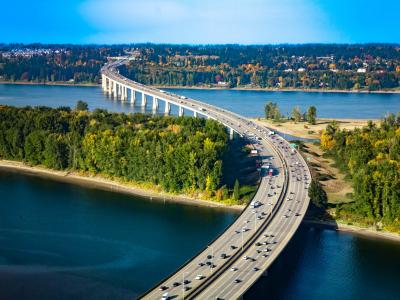 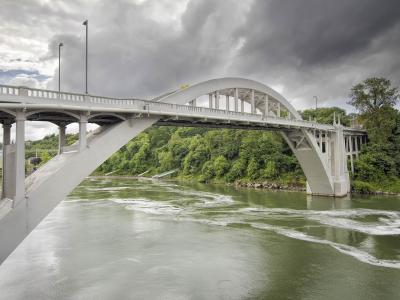 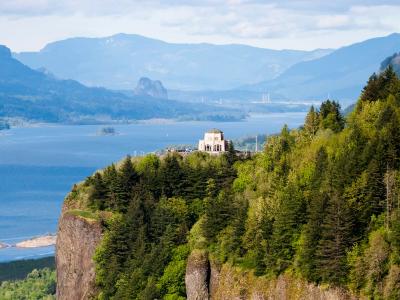 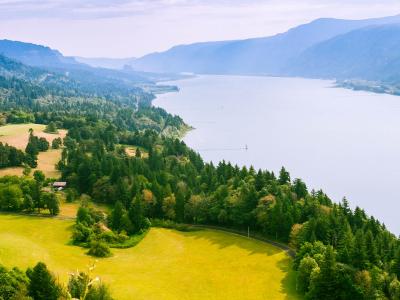 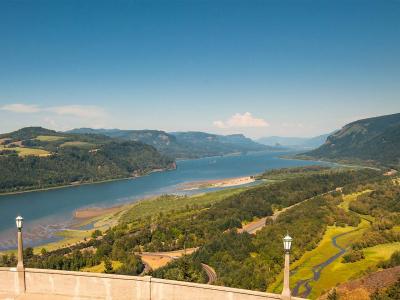 FishingBooker has a Shopper Approved rating of 4.8/5 based on 19448 ratings and reviews