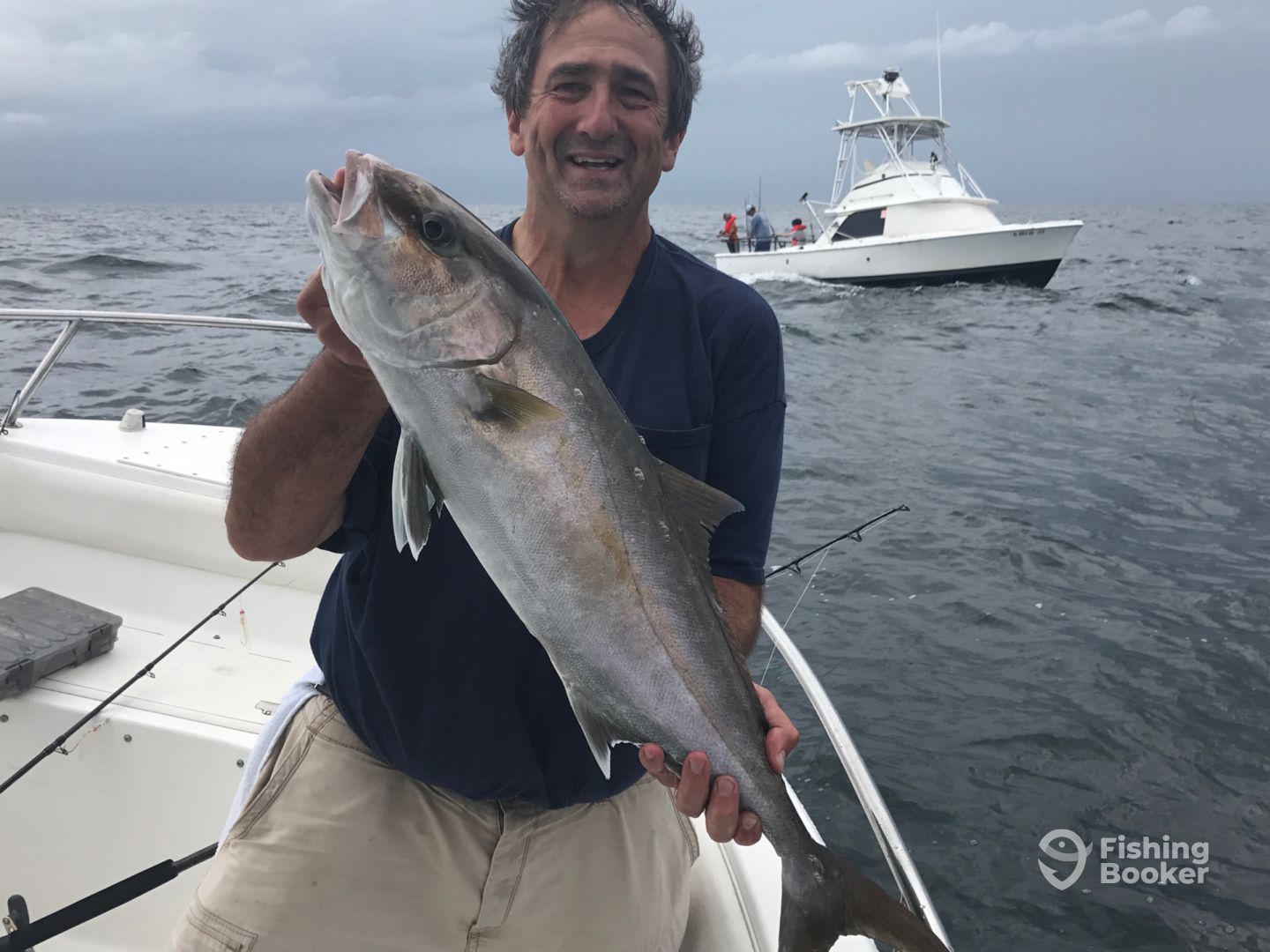 Your fishing license is included in the price as is catch cleaning. The deckhand works for tips so a customary 20% would be appreciated. If weather prevents you from going offshore then you will be given the choice of going inshore or a refund.

You’ll be fishing from 24’ Cape Horn center console, outfitted with all the features and amenities you need for a successful day of fishing. This boat is versatile – ideal for both inshore and offshore waters, providing a smooth ride even when the waves are crashing. She comes with a private toilet, multimedia system, and plenty of space for 6 anglers to enjoy a productive day on the water. 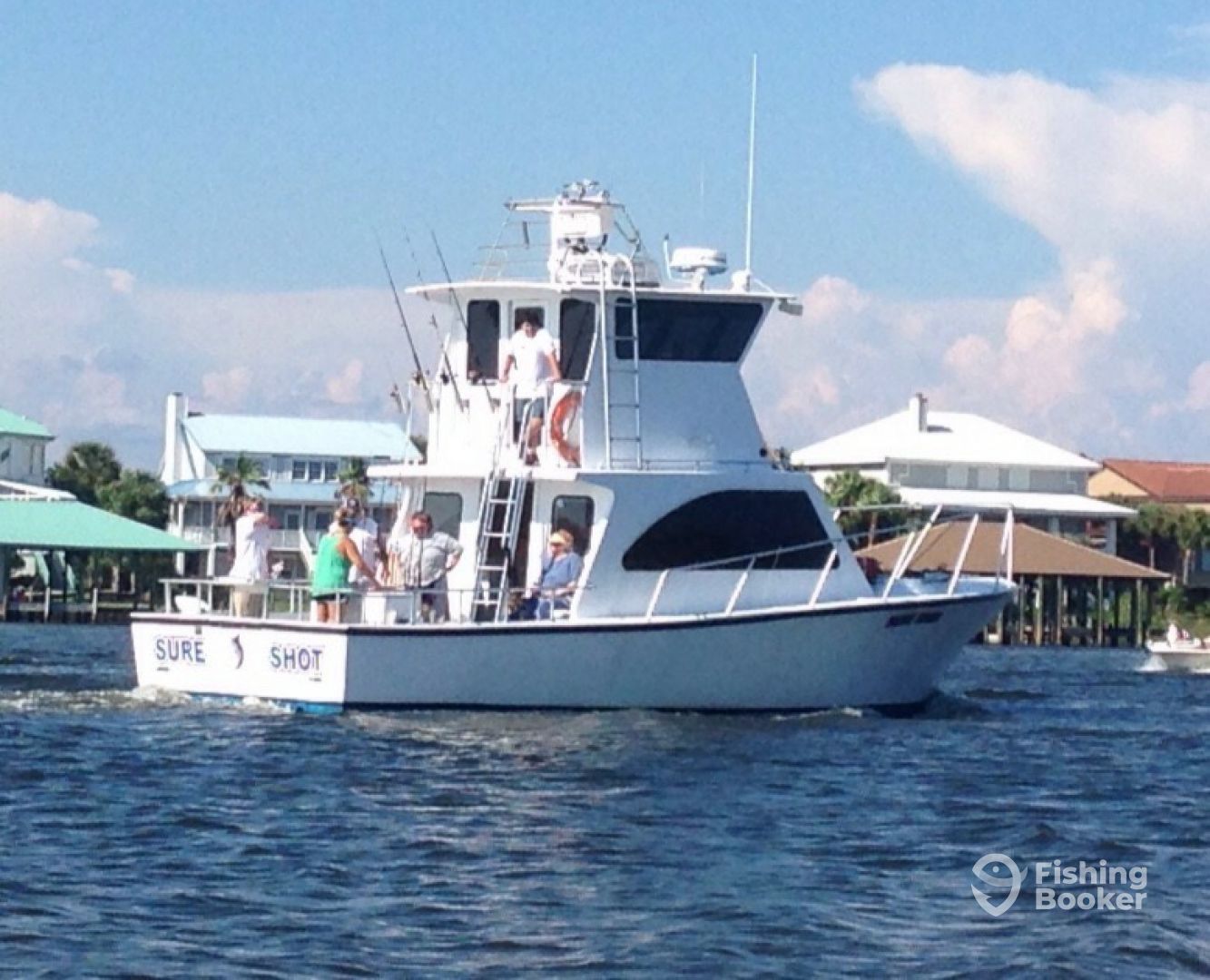 Captain Mike is a relaxed and flexible captain who says everyone is welcome on his charters. Families are welcome, and so are their dogs, kittens, or even parrots. Captain Mike wants everyone to enjoy a true family adventure! 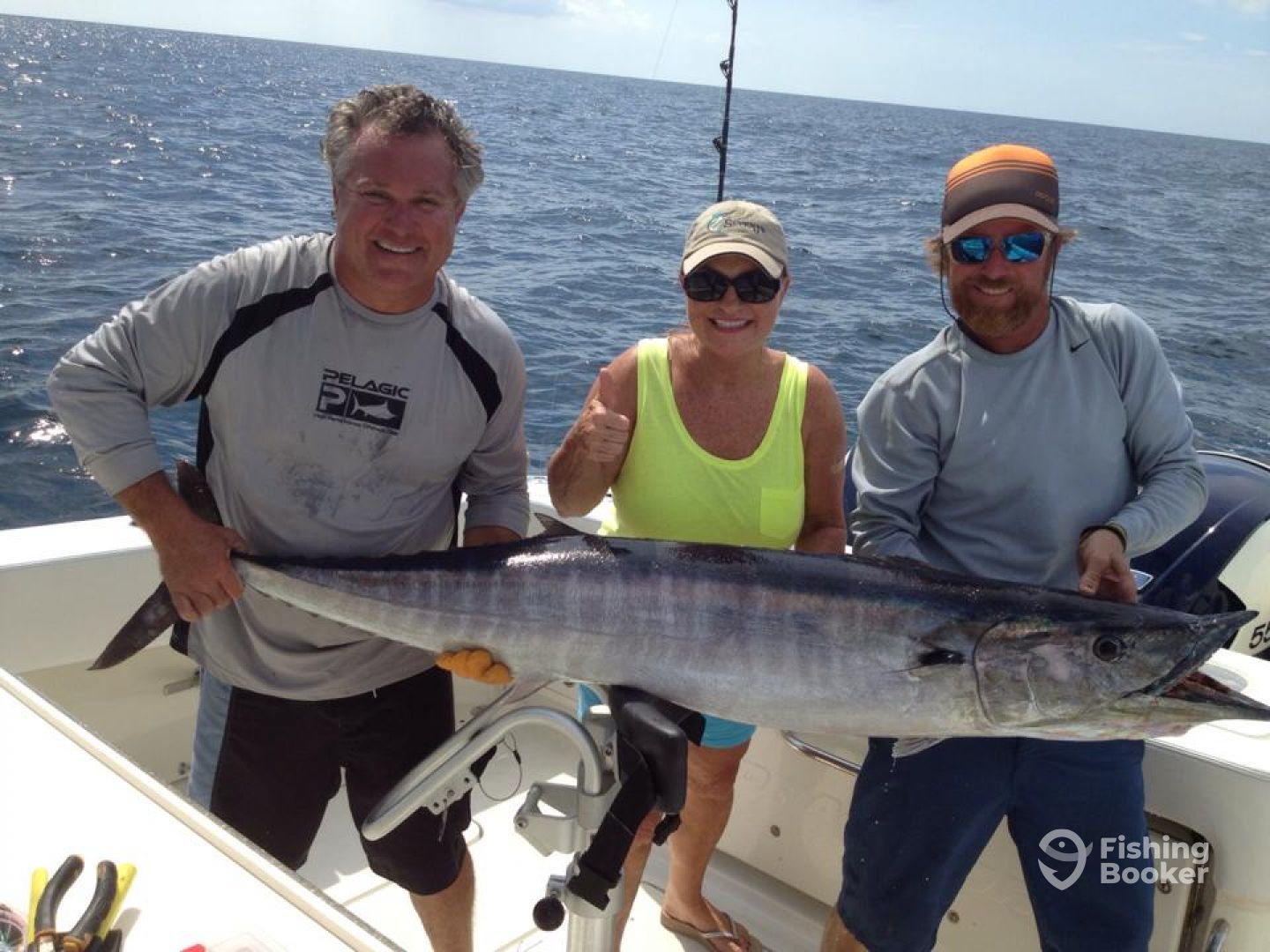 Your trip will take you fishing up to 9 miles offshore around the reefs and wrecks, bottom fishing and trolling for a wide range of species. You will target tasty bottom fish such as Red Snapper, Grouper, and Triggerfish, as well as exciting pelagics like King Mackerel, Mahi Mahi, and Cobia. 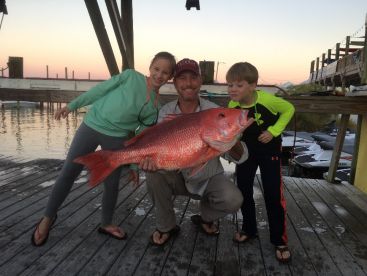 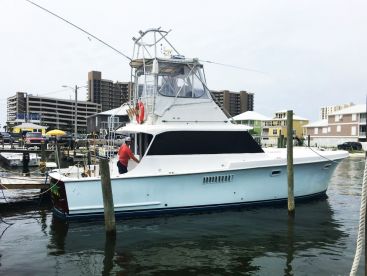 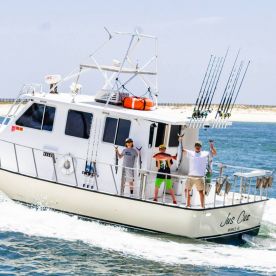 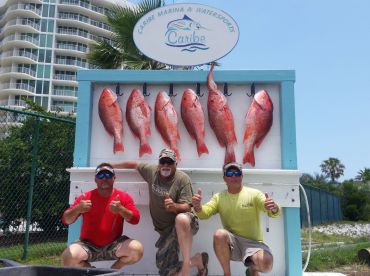 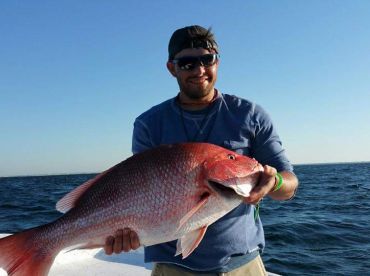 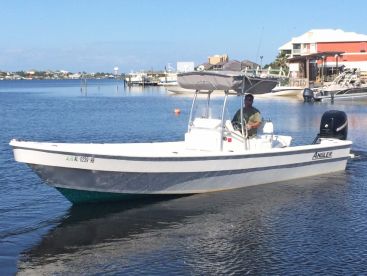 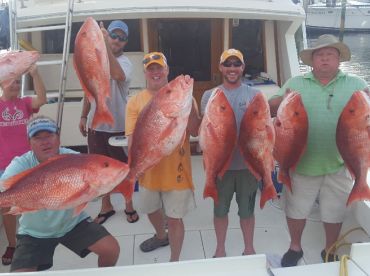 Alabama’s Gulf Coast is full of attractions. But out of all of them, the deep sea fishing Orange Beach looks out onto has got to be our favorite. Hosting everything from some of the biggest and juiciest Red Snapper in the US to real offshore warriors like Billfish and Tuna, look no further for some of the best fishing in the Gulf of Mexico.

What You Can Catch

Offshore fishing out of Orange Beach starts just a few miles from the coastline. Most charter boats put out the lines for trolling within a few minutes of departure, and King Mackerel, Spanish Mackerel, and Cobia usually start biting shortly after that.
Take a trip lasting anything over five hours, and this trolling action will be exchanged for bottom fishing once you reach your captain’s favorite reef. Alabama’s gradually sloping seafloor is covered in one of the world’s largest collections of artificial reefs—many of which were actually built by the very captains you’ll be fishing with. The top target fish within 7-20 miles of the shore are Red Snapper (when in season), Gag Grouper, and Triggerfish. Strictly speaking, this isn’t ‘deep sea fishing’ as you’re only in about 70ft of water, but it is often advertised as such as it involves dropping your bait deep down towards the seafloor.
It’s once you take a trip lasting 10 or more hours that the real deep sea sportfishing begins. It takes at least this long to reach the blue waters beyond the edge of the continental shelf. But once you get there, you’re close to some of the deepest waters in the Gulf. 12, 24, and 48 hour trips all come highly recommended by local captains. These trips give you the time you need to reach the offshore oil rigs, where Blue Marlin, White Marlin, Yellowfin and Blackfin Tuna, Wahoo, and Mahi Mahi congregate and hunt. These trips could see you fishing over anything from 1000 - 5000 ft of water anywhere up to 100+ miles offshore.
Orange Beach deep sea fishing trips aren’t just about big game fish, though. They also will usually give you the chance to deep drop for some of the ocean’s most delicious deep sea fish. Golden Tilefish, Scamp Grouper, Yellowedge Grouper, Longtail Seabass, and even Swordfish are just some of the species you can reel up from these 1000+ft depths. Our advice? Find a boat with plenty of ice storage, because you're going to want to take these fish back for the table.
Orange Beach deep sea fishing party boats will usually take you bottom fishing and trolling within just a few miles of the shore, while private charters can take you much further out. For the true deep sea fishing experience, it’s always a good idea to charter a sportfishing vessel rather than a larger walk-on boat.

The prime time to head offshore out of Orange Beach is from April to October. Mid to late summer is particularly good for big game fishing around the oil rigs, with White and Blue Marlin peaking in August and September. Yellowfin Tuna is particularly good from February, with Mahi and Wahoo coming in to the Tuna fishing grounds in April-May. And if you’re after a Red Snapper, Federal season is usually open from June to mid July.
Orange Beach
4.54
Based on 20,422 reviews by FishingBooker anglers