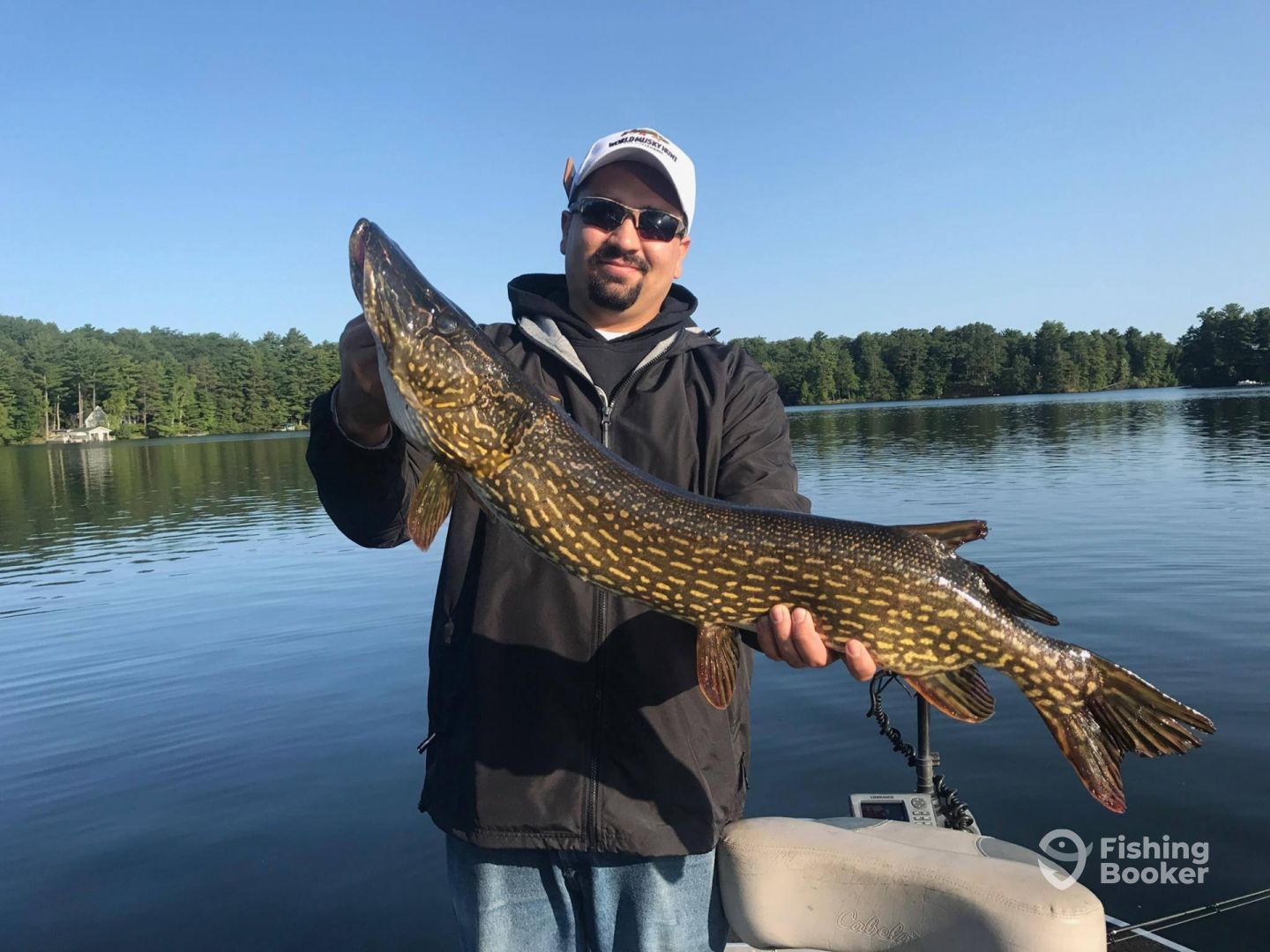 If you’re a freshwater enthusiast, then you’ve come to the right place, because these waters are teeming with the most prized game fish. This means you can expect a wide range of species on your hook – from Bluegill and Crappie to both Smallmouth and Largemouth Bass, Walleye, Musky, and Northern Pike. 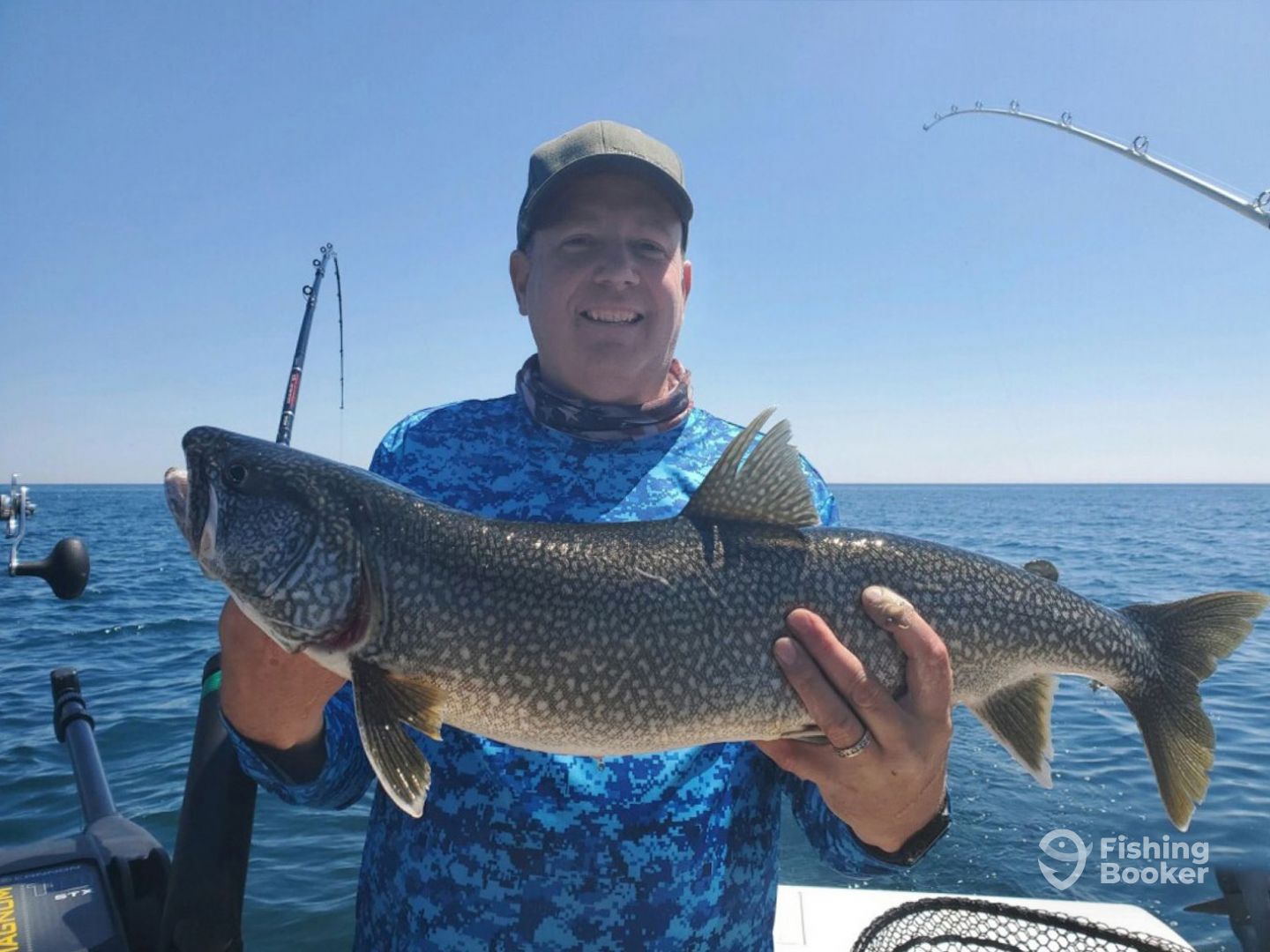 Aboard your captain’s 24’ cuddy cabin that accommodates up to 3 anglers. Being powered by twin 225 HP Yamaha engines, this boat will get you to any fishing spot smoothly and in no time. Everything you need for a successful day of fishing will wait for you on the boat, including Okuma rods and reels. 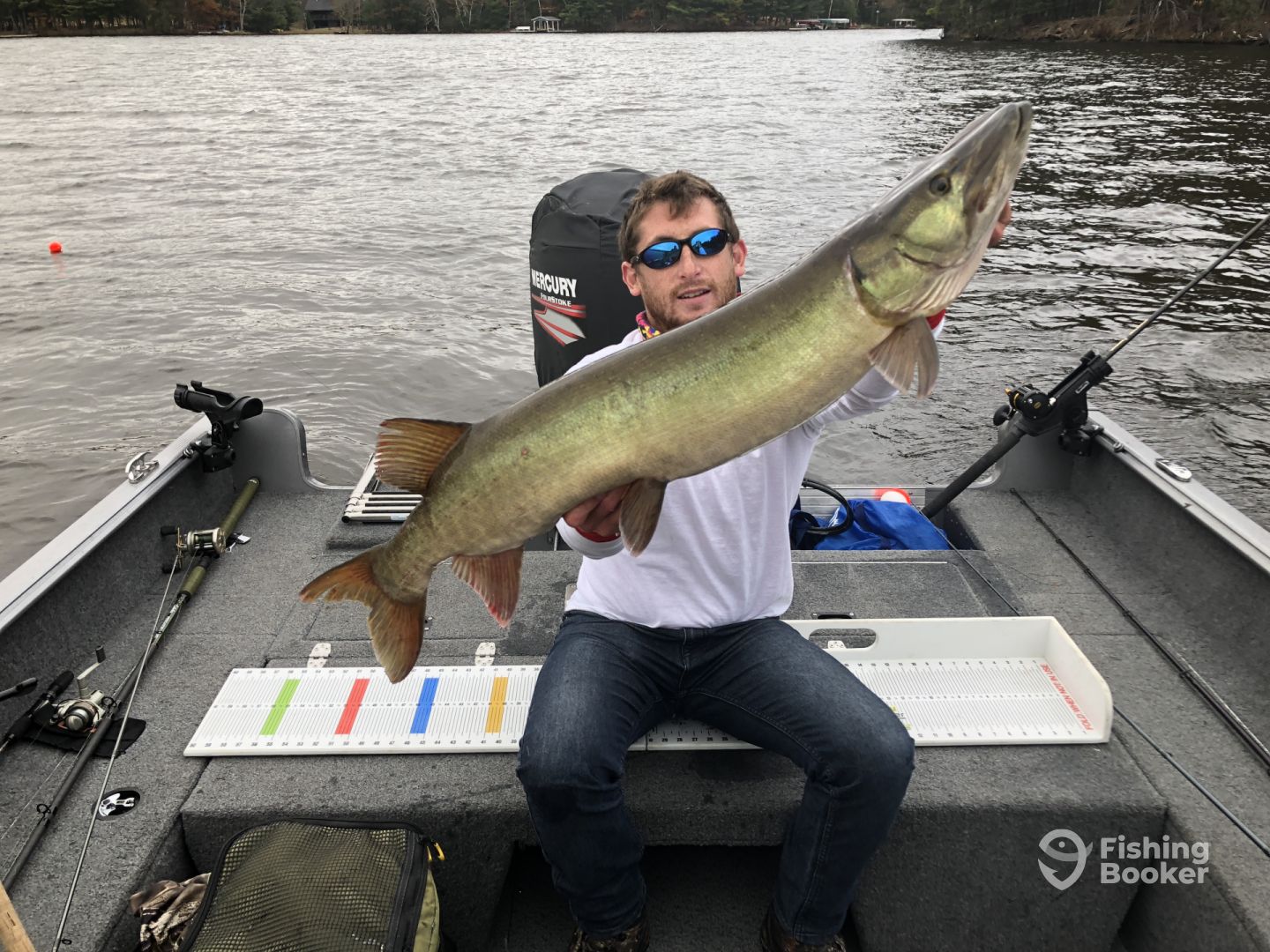 Are you in the mood for some solid Musky action? Or do you prefer the toothy smile of Northern Pike? Maybe you’re all about that Largemouth Bass? Whatever your preference, Capt. Eric will make it his business to take you where your prey hides. He knows the waters of the area like the back of his hand, so he can easily customize the trips to your fishing appetite. 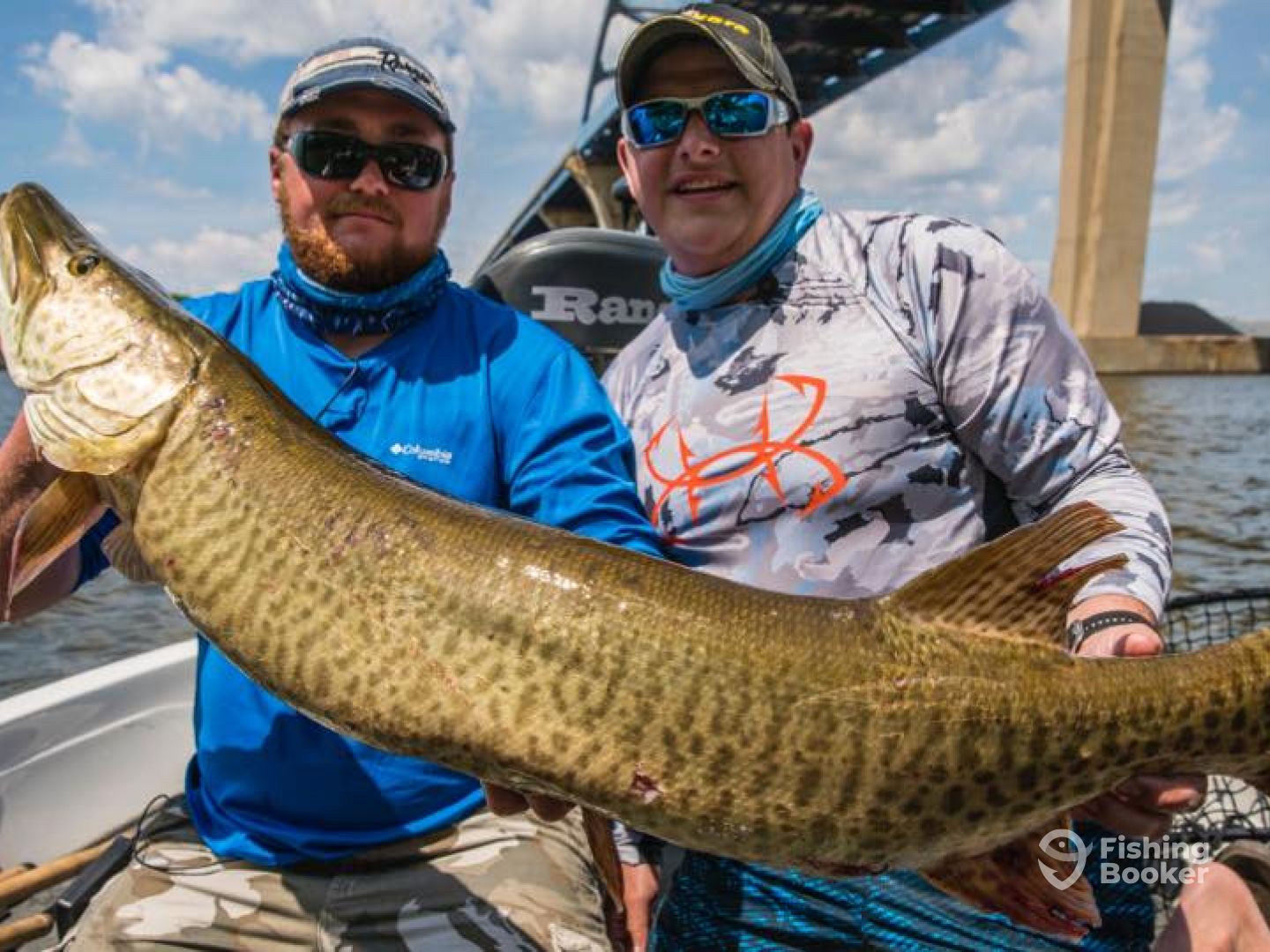 Live Action Guide Service is a full-time guide service running trips out of Green Bay, Wisconsin. Captain Zach Stadler is at the helm and is happy to cater to anyone with an interest in the outdoors, regardless of age or skill level. Hop aboard and see for yourself what makes Wisconsin such a popular destination for anglers around. 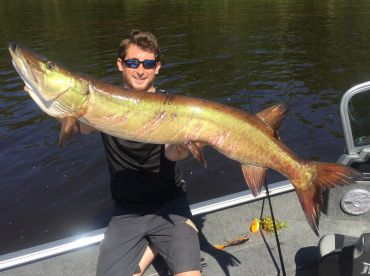 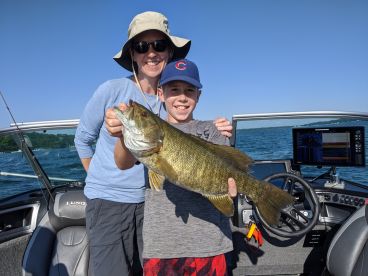 The Hook Up Guide Service 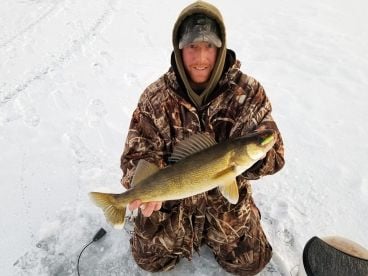 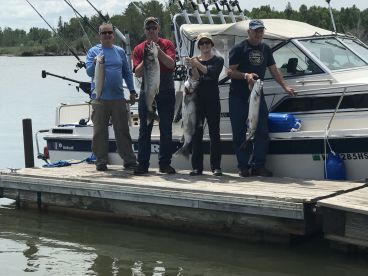 Just ask any two anglers about the best spot for ice fishing Wisconsin and you’ll get at least five different answers. The Dairy State has legendary freshwater fishing, with 25% of the adult population enjoying the angling here every year. It’s estimated that a quarter of the annual catch in Wisconsin comes from ice fishing. Come on down and see why so many “bucketsitters” can’t wait for the first snow!

The deepest freshwater lake of the state is home to many trophy-sized Lake Trout, with reliable Walleye and Pike fisheries, too. Since it’s the deepest lake, it’s one of the last waters in the state to freeze. The plus side is that when the other lakes are completely frozen over and the fish can’t be found anywhere, Big Green Lake is the place to be.

The Old Man River has some of the most diverse fishing in the state of Wisconsin. You can find Walleyes and panfish in De Soto Bay. Anglers looking to hook up Northern Pike should hit the backwaters of Lake Lawrence. The waters west of Stoddard hold thousands of Bluegills just waiting for the right bait to hold on to. Just be very careful about the thickness of the ice – no Walleye is worth dying for.

The best place in the state to go after Walleye, Green Bay may be frozen during the winter but under the surface the action is glowing red hot! The state ice fishing record for Walleye was caught in the Bay, west of the aptly named Fish Creek. Jumbo Perch can also be hooked up in the Bay.

With thousands upon thousands of lakes and streams in Wisconsin, picking the right spot for epic ice fishing is less a matter of where the fish is and more a matter of where you are. Depending on the right weather conditions and the temperature of the year any lake you find yourself on could be the one with the new state record catch, and the angler could be you!

Wisconsin
4.34
Based on 21,036 reviews by FishingBooker anglers

First Musky
Mark S. fished with Captain Hooks Fishing Adventures on October 23, 2020
For October gishing. Dress for ice fishing !
Half day with Captain Troy
Charles G. fished with Walleye Mafia – World Class Fishing on September 15, 2020
Just taking the experience if the fish are biting great and if not remember you're not working
Fishing with Jory
Noemi B. fished with Monasark Guide Service on September 3, 2020
Go in early summer. Late June, July, August. There are more fish then.
4 hr with captain Bobby
Candace B. fished with The Hook Up Guide Service on August 27, 2020
Definitely book a trip with Captain Bobby who is Extremely knowledgeable of the entire lake
Half day trip with Captain Dennis
Martin K. fished with Lure-In Fishing Guide – Sturgeon Bay on October 20, 2019
Dress warm! It’s always a bit colder on the water then it is on land!
Half day trip with Steve
Mike Q. fished with Jaws II Sport Fishing – 33' on August 2, 2019
Just go, better experience than Algoma.
Great trip with capt. steve
Nick M. fished with Jaws II Sport Fishing – 33' on July 30, 2019
great port. Easy to find and park. No crowds
Nice trip.
George H. fished with Lure-In Fishing Guide – Oshkosh on July 21, 2019
Lots of opportunities. Many opportunities