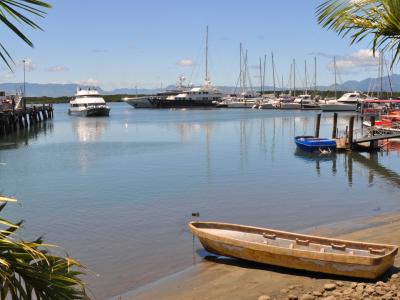 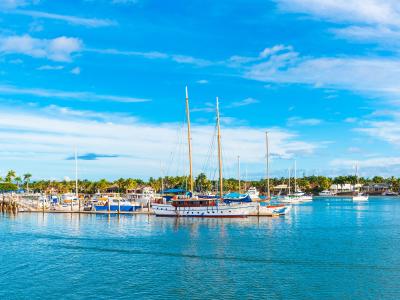 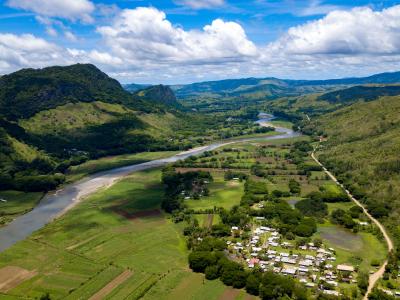 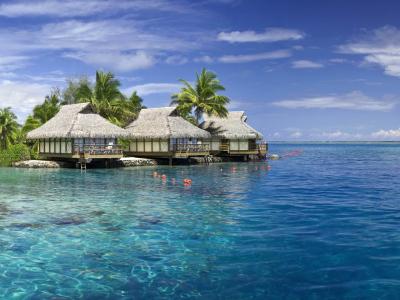 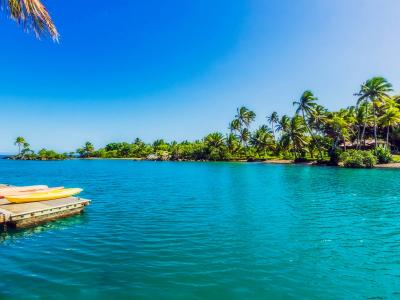 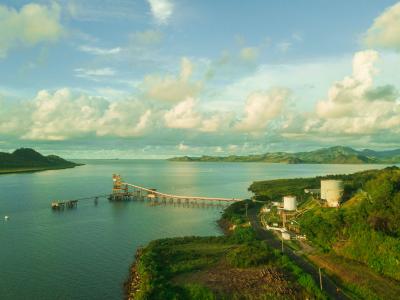 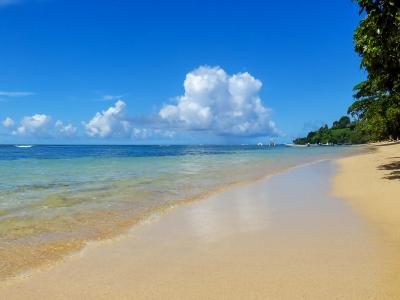 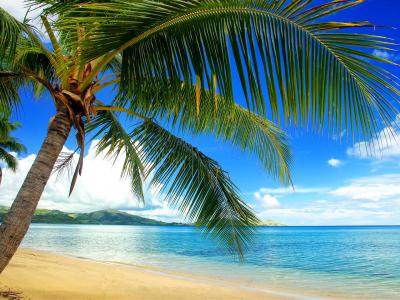 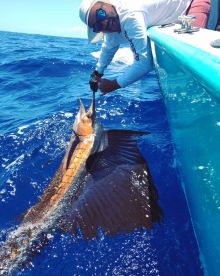 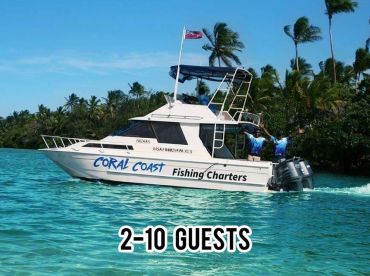 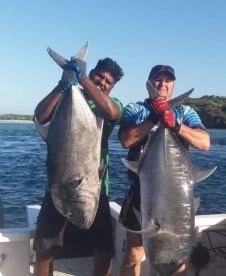 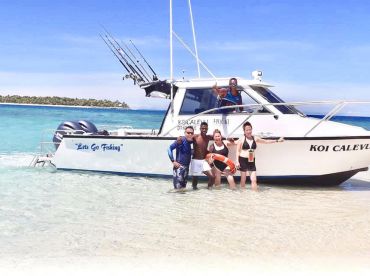 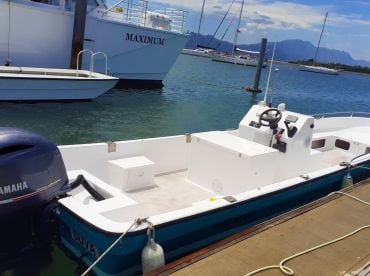 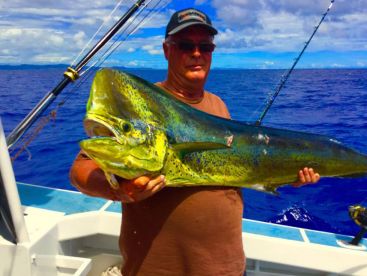 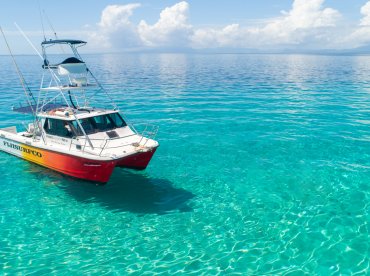 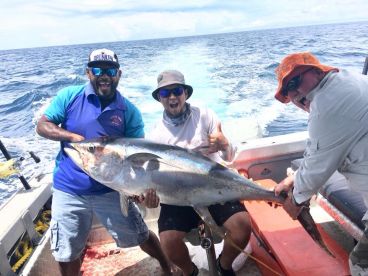 Fiji fishing charters are the perfect opportunity to dabble in a little world class game fishing, even if you’re casting lines for the very first time. Here you can expect clement weather, a year-round supply of tropical game fish, and some local hospitality on board virtually every charter boat.

These waters are home to some of the largest game fish in the world, including record-breaking Sailfish, Wahoo, Giant Trevally, and Dogtooth Tuna. With deep, blue waters just moments away, you don’t have to spend all day traveling before landing your next trophy catch. From epic beasts like Marlin and Tuna to some of the islands’ more unusual catches such as Rainbow Runner, a little sportfishing goes a long way around here.

When to Fish in Fiji

You’re likely to encounter stellar angling opportunities in Fiji no matter the time of year. The wet season lasts from November through April (Fiji’s summer months) and you can expect plenty of rainfall during this time. Winter (June-August) marks Fiji’s dry season, as well as the peak season for many big game fish. If you’re headed here specifically for the fishing, this is likely the best time to try your luck.

Of course, your chances of landing a memorable catch here have little to do with luck! You’re bound to hook into something, whether you choose to cast your line in a sheltered lagoon, the edge of a reef, or a few miles beyond into the deep ocean canyons.

Marlin (known locally as Sakuvorowaqa), Tuna (Yatu), Barracuda (Ogo), Giant Trevally (Saqa), and Mahi Mahi (Ika Narokaveisau) almost always swim through these islands as they migrate across the Pacific Ocean and back again. They’re accompanied by Narrow-barred Spanish Mackerel (Walu), Pacific Sailfish (Sakulaca), and Short Billed Spearfish during most months. Of these, Spanish Mackerel is one of the most sought-after prizes, not only for its game quality but as the essential ingredient in Fiji’s traditional raw fish delicacy, kokoda.

Though their season is relatively brief, Wahoo are also among the most popular catch in these waters, peaking from June to August. Hordes of Yellowfin Tuna grace the local waters from November to March, and then again between May and August as they return from their migration. Depending on the time of year, it’s not uncommon to hook into Dogtooth, Skipjack, Bigeye, and Kawakawa Tuna while fishing for Yellowfin.

Within the reefs and lagoons, various Trevally species, Snapper, Coral Trout, Rainbow Runner, and much more make for a quick but fun family outing. Here, you can expect the water to be calm, even when the seas beyond are too choppy during the wet season.

Located at the heart of the south Pacific, Fiji consists of 332 islands. You’ll find charter boats for hire scattered around several of these, with the majority to be found on the main island Viti Levu. Many charter boats depart from the Coral Coast stretching along the island’s southwestern border from Suva to Sigatoka. Port Denarau Marina is a popular departure point for Fiji fishing charters, and some provide pick and drop-off service here even if they’re based on another part of the island.

Trolling is the primary method you can expect to use while fishing in Fiji, since this will entice a bite from a variety of species. Locals troll live bait, dead bait, and lures to catch Wahoo, Tuna, Sailfish, Marlin, Mahi Mahi, and Spanish Mackerel.

When it comes to targeting the coveted Narrow-barred Spanish Mackerel, there’s nothing more effective than a locally crafted Houng Lee rig—a specialty named after its inventor. This rig consists of a short trace attached to the lead and two short hooks. A local bait fish known as salala is attached to the hook and trolled at a speed similar to how fast it would swim naturally. The speed depends on the size of the baitfish, and the result is so convincing that many anglers are fooled at first!

Yet another local specialty you may see is the viavia lure, fashioned from a plant with a silvery texture much like an onion. The plant is rolled around the hook and trace, then cut into the desired shape (either kona head or bullet-nosed). Local anglers troll manufactured lures far more often these days, but you may still find some relying on this old trick of the trade, which can catch Mahi Mahi and a large variety of other game fish in Fiji.

In addition to trolling, you might bottom fish for Snapper or handline fish for Bream, Trevally, and other species near reefs. Popping is the method of choice when it comes to landing Giant Trevally. You can catch all local Trevally species while casting from shore or a boat.

Local fishing charters typically include fishing licenses, gear, bait, and other essentials. While it’s possible to catch big game fish on trips as short as four to five hours, a full day trip is recommended to maximize your fishing time—and your chances of landing a real trophy. Depending on where you set sail, the fishing grounds could be several hours away. Overnight charters and multi-day excursions to various islands are a popular choice for avid anglers looking to make the most of these waters.

Despite Fiji’s mild climate, the islands do experience occasional cyclones between November and April, with most of them passing through in the early months of the year. These storms are rarely fatal, but can put a damper on fishing trips. With so many fishing grounds to choose from, chances are you'll experience these waters to the fullest no matter the weather!

Fiji
4.18
Based on 19486 reviews by FishingBooker anglers

It’s summer in Fiji! Average temperatures are at their height, hovering around a balmy 79°F. You can experience great fishing, just keep an eye on the horizon for rainfall and the occasional cyclone.

Wahoo, Yellowfin Tuna, and Blue Marlin are all at their peak in February. If the weather allows, this can be a great time to head to the edge of the reefs or offshore for bigger fish.

This is the best time to fish for Mahi Mahi, whether you’re casting the legendary viavia lure or anything else in your arsenal. You’re likely to hook into plenty of other trophies while you’re at it.

April marks the end of Fiji’s wet season, so you can expect smooth sailing from here on out. Giant Trevally, Marlin, Tuna, and more are still cruising around the islands.

Fiji’s summer mix of game fish may not be biting as vigorously at the start of the dry season, but the action is about to pick up again with the arrival of a whole new crew.

Winter is in full swing, which means Wahoo, Sailfish, and a second round of Yellowfin Tuna! As usual, you can enjoy excellent fishing for GT, Barracuda, Spearfish, and more.

July marks the start of Striped Marlin’s peak season. The local record for this fish is almost 300 lbs. If you think you have a chance at beating it, now is the time to give it a go!

Black Marlin and Spearfish are at their peak, adding to the excitement of Fiji’s winter season. With average temperatures gently falling to 73°F, you can expect some of the coolest weather of the year.

Spanish Mackerel enter their peak season in October, as dry season comes to a close. Come out for a little trolling and bring back some fish for fresh kokoda.

As summer kicks in, Mahi Mahi and Blue Marlin are back in full force. Spanish Mackerel are still at their peak, while you can expect excellent fishing for Barracuda and Trevally.

Fiji’s wet season is well underway, so be sure to plan your fishing trip accordingly. Barracuda are at their peak and will provide excellent fighting action. But be cautious—these ones are known to get feisty!

Reviews of Fishing in Fiji

Reviews of Fishing in Fiji