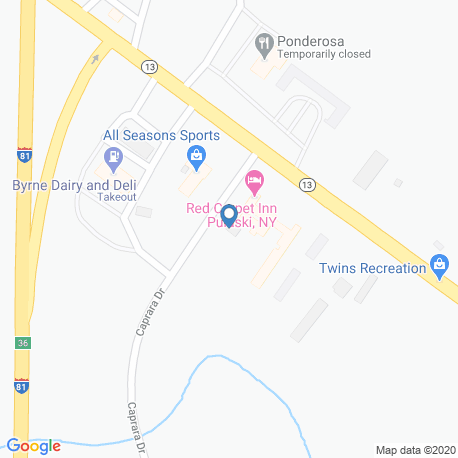 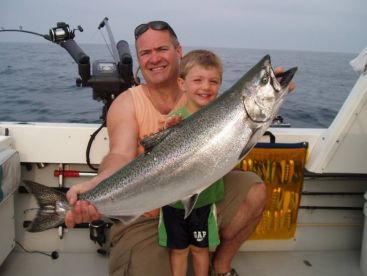 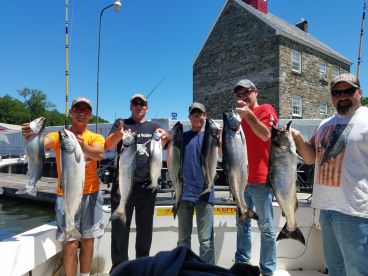 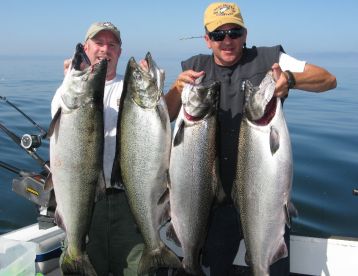 If you’re ready to fish your heart out, then you need to have your next vacation on the Salmon River. Spend the day fishing for Coho, Chinook, and Atlantic Salmon, as well as Brown Trout and Steelhead. The Salmon River offers anglers 12 miles of excellent public fishing spots. Head over during the fall for the annual Salmon run.

Located on the east side of New York state, the Salmon River is 71 KM long. It’s one of Lake Ontario's most heavily fished tributaries. Have your waders ready – most guides will take you out to the hot spots then jump into these bountiful waters.

The local town of Pulaski was once called “Fishville” due to this river. It’s perfect for spawning Salmon because it’s shallow, has plenty of riffles, and is generally quite slow-moving. Fish have been stocked here since the 1960s, so every year there are plenty of Salmon coming into the river to spawn.

For those who wish to fly fish, there are two spots to choose from. A fishing guide can take you there, as well as other hot spots that can be fished using traditional techniques.

Some of the best spots along the river can be found in Pulaski, such as the Black Hole and the Douglaston Salmon Run – you’ll need another permit for this area. Fish here have just started their migratory journey, so they’re fresh-faced and ready to bite!

There are three species of Salmon you can target here. The most prestigious are  Chinook Salmon. The record for Chinook on the Great Lakes was caught in the Salmon River in 1991, weighing 47 pounds and 13 ounces. On average, however, these fish weigh 15–30 pounds.

Coho Salmon tend to be smaller, with the local record standing at 33 pounds and 4 ounces.

The only Salmon native to these waters are Atlantic Salmon. Once on the brink of extinction, their reintroduction to the Salmon River has been slow, but they’re finally making a comeback. These guys are different as they can spawn year after year, and start their journey earlier, usually in July.

For other species, it’s less about spawning and more about feeding. As the Salmon run slows, Steelhead and Brown Trout come in to eat the Salmon eggs. They spawn during the spring, and only some will stay in the river until then. Unlike Salmon, they are lucky enough to spawn multiple times in their lifetime.

You’ll find two species of Steelhead here. The winter-run Washington, and the summer-run Skamania. Washington Steelhead is most prevalent in October, whereas Skamania is hot from June onwards.

These guys are hungry and aggressive – perfect targets for all anglers. Guides will take you to the deeper pools for the best chances of catching your fill of these fish. The best time to catch them is after heavy rainfall or when water levels are high.

There are many legal regulations on this river, so take care to avoid getting a ticket or fine. It’s also wise to read up on fishing etiquette – during the Salmon run, you’ll be fishing shoulder to shoulder, so respect your neighbors. Your guide will let you know the current legal limit and combinations of species you can take home.

You can buy a single day license for $10 – you’ll need this, or the confirmation code if bought online, with you at all times.

Some of the rules for the Salmon River include:

If your fishing adventure is beginning in Pulaski, head along Route 11. If going to Altmar, Route 13 will get you there before you know it. Rochester airport is along the I-90 W, around two hours from Pulaski.

Fishing the Salmon River needs to be ticked off your bucket list. This is the ultimate in river fishing. You’ll be talking about the fish you caught, and the ones you lost, for years to come!

Salmon River
4.45
Based on 19486 reviews by FishingBooker anglers

This month will be for Steelhead only if you can face the cold. Lowest temperatures will reach 10.4° F. Head to nearby frozen lakes for ice fishing opportunities.

The weather continues to be cold, with lows of 12.2° F. Brave, well-dressed anglers can fish for Steelhead this month.

Brown Trout joins the Steelhead action in March. Head to Pulaski to warm up with the Wings and Things Festival.

April is all about the Brown Trout. Can you beat the 32 lb record? Temperatures reach highs of 53.6° F.

Steelhead makes another appearance as the water slowly begins to warm up. Smallmouth Bass is very good this month.

Smallmouth Bass continues to be reliable fishing. This is the month when you can expect Chinook to come into the river en masse. Atlantic Salmon will start spawning too.

Steelhead is hot in July – they put up a fight, so be prepared! Spend hours battling them with light tackle. Brown Trout is active, making this a great month for fishing.

Fish on! This is the official start of the Salmon Run for Coho – choose your lures wisely and have a great time going after Salmon. Brown Trout continue to be active.

Coho is in full swing, and Chinook is beginning to come into the tributaries. Temperatures reach 71.6°F, the perfect climate to spend the day fishing.

October is a good month for Steelhead. This is the last month for Salmon before they die off after spawning. Join the Salmon River Festival to celebrate the season!

Although the Salmon run is officially now over, Steelhead is still hot. Have the river to yourself to go after these great fish.

Join in local Christmas celebrations on land. On the water, it’s all about the Brown Trout and Steelhead.

Reviews of Fishing in Salmon River

Reviews of Fishing in Salmon River

Excellant trip
Cindy G. fished with Dreams Come True – Drift Boat on January 25, 2020
Be prepared for the weather, the Captain is great with instruction if you listen and the fish are biting you will catch fish. I listened learned and had a great experience despite the weather,
Half day trip
Timothy L. fished with Reel Silver Charters on July 3, 2019
Get ready to have a blast reeling in them Big fish!
Full day steelhead trip on salmon River.
Paul P. fished with Dreams Come True – Drift Boat on November 11, 2018
Book a drift boat trip and learn the techniques of fishing for those big fish. Also, you get a first hand view of the river.
Drift boat trip with Captain Rick Pecci
Terri F. fished with Dreams Come True – Drift Boat on September 29, 2018
Do some research on the weather the water temperature. If you are booking this kind of tour make sure you ask your captain questions. They will prepare you.
6 Hr Morning Trip
Ruben G. fished with Midway Charters – Lake Ontario on June 2, 2017
Contact Midway Charter to book your trip
Fishing with Captin Jim
Martina H. fished with Midway Charters – Lake Ontario on August 15, 2016
Stay they week! It is a great family vacation. Doesn't get any better than this, looks of great places to see, great time with family and friends. I look forward to it every year. 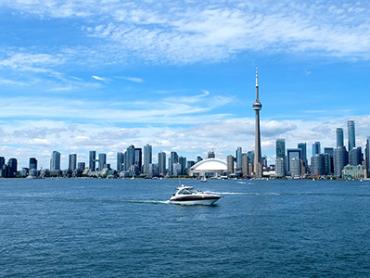 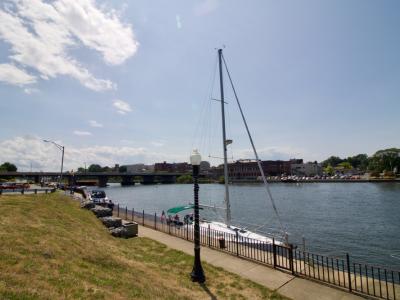 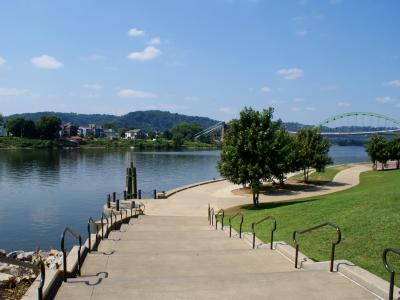 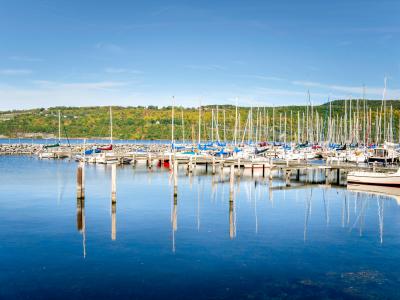 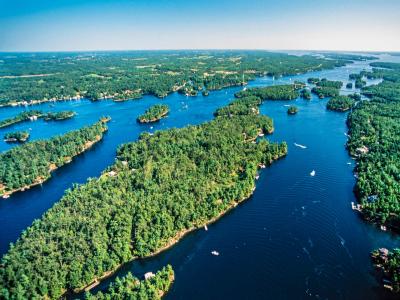 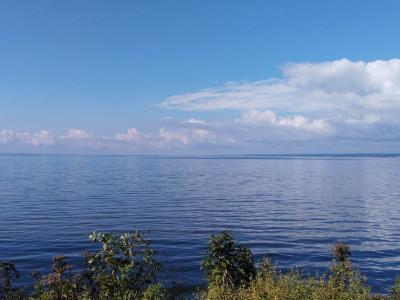 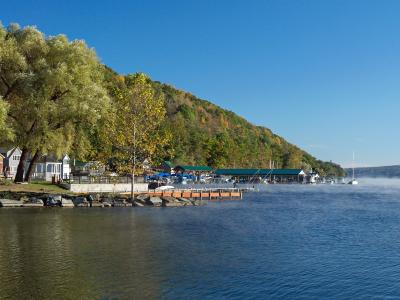 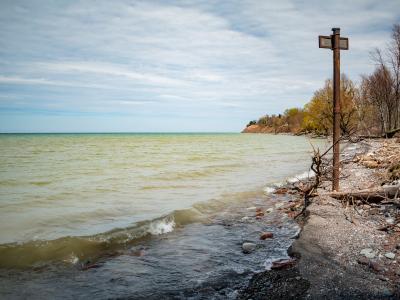