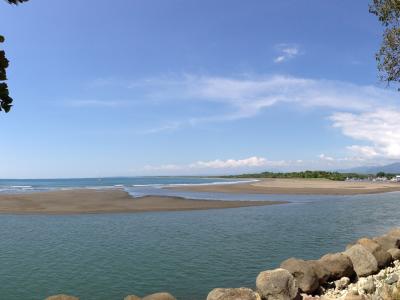 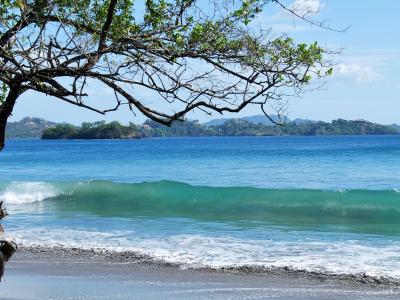 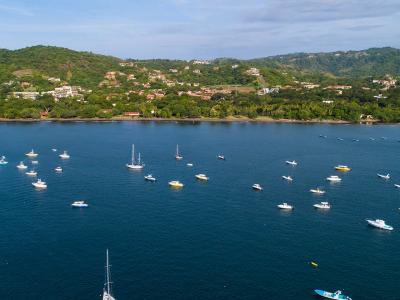 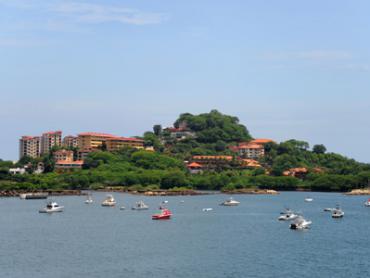 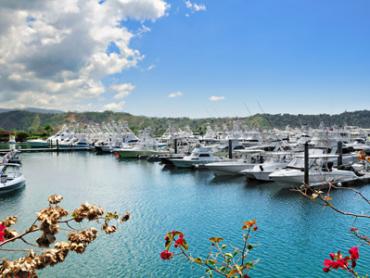 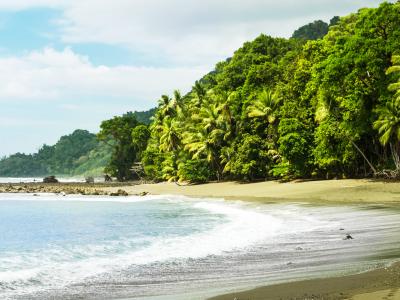 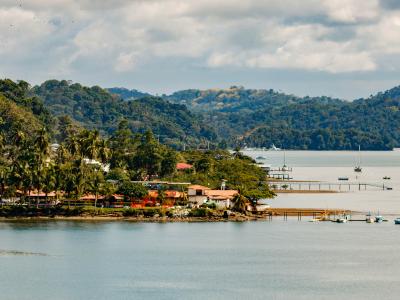 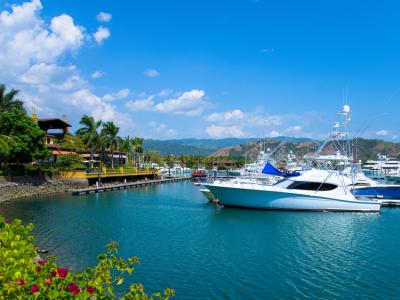 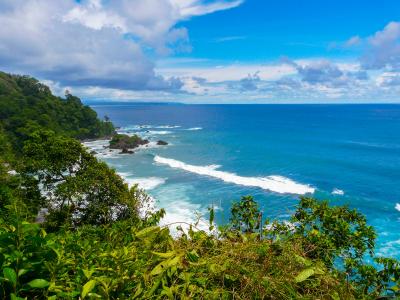 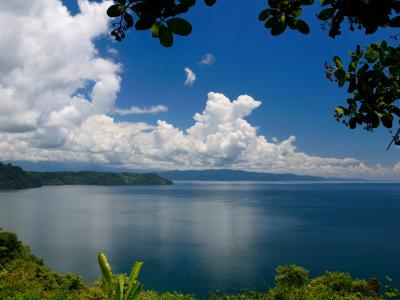 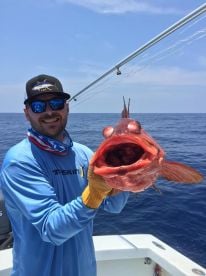 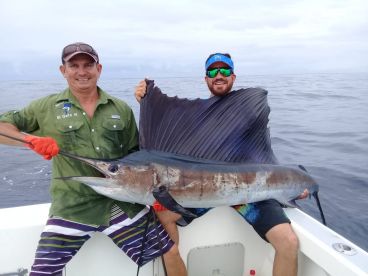 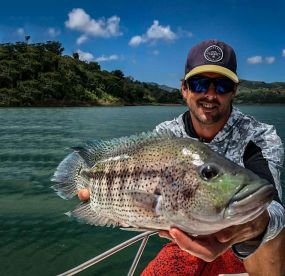 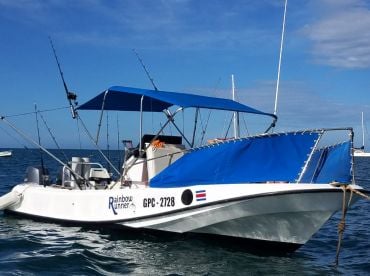 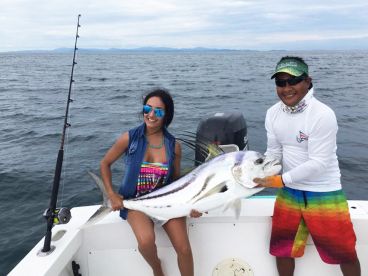 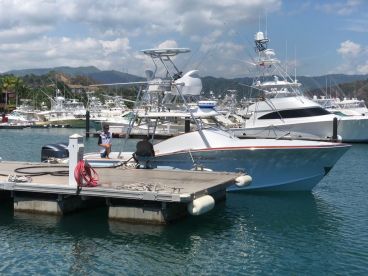 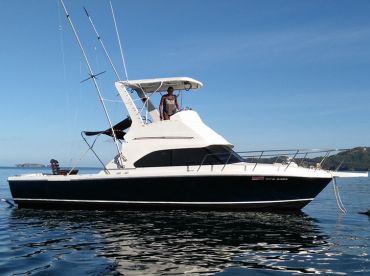 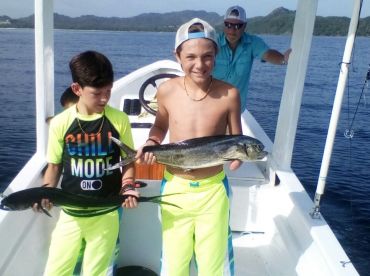 Costa Rica fishing is something that needs to be experienced to be believed. The country’s glassy blue waters are home to over 200 different IGFA records, with 22 for Billfish alone. The locals struggle to remember a year without at least three Super Grand Slams reported, meaning that Sailfish, Blue, Black and Striped Marlin were all caught on the same day, by the same boat.
But not only is this a country where you can make a realistic attempt at catching a record Billfish, it is also made up of a web of some of the most diverse and untouched fresh waterways on the planet. Whether you are looking for epic Billfish action or a serious addition to your lifetime fish species count, Costa Rica fishing charters should be right at the top of your sportfishing bucket list.

Costa Rica is widely praised for its year-round sportfishing. And with good reason: there is always a great catch to be had in these waters. But before you pack your bags you need to understand that fishing here is relatively localized. This means that if you really want to understand the Costa Rica fishing seasons, you've got to know which part of the country you're talking about. Fish in the southern part of Costa Rica (from Jaco down to the border with Panama), and you will be looking at a very different weather - and fish - pattern to what you would get if you were fishing further north.

December through April sees very rough seas and strong winds offshore. From the Nicoya Peninsula to the border of Nicaragua, sportfishing tours mainly stay inshore. You will normally be fishing the bays and river mouths for Jack Crevalle, Snook, and Roosterfish at this time of year. Not that we’re complaining - The country boasts all-tackle records for three different Snook species, and the Rooster fishing Costa Rica has on offer is some of the best in the world). Come June, and deep sea fishing in the north heats up like crazy, with monster pelagics moving closer to ports like Flamingo and Tamarindo. This is the time of year to hook Sailfish, Marlin, Tuna, and Dorado all in one day.

Down south, things couldn't be more different. December through April means flat seas, calm waters, and double-digit Sailfish releases. June through October, the rainy weather in this part of the country cramps the style of the beautiful marinas and shiny charter boats. You can still find Billfish if you get offshore, but captains mainly stick to inshore waters. You can also battle monster Cubera Snapper, Amberjack, and Grouper around the reefs if you're looking for heavy tackle action.
Pretty much the only periods that are comparable in North and South Costa Rica are May and November. These transitional months level the playfield, seeing both good fishing conditions and great fish being caught up and down the coastline.

Costa Rica fishing isn’t only about the Pacific. Head to the Caribbean waters to the East and you will find some of the best Tarpon fishing in the world. The whole area between Parismina and Barra del Colorado has a year-round Tarpon fishery, which peaks from February through May and again from September through October.
Want to try something different? How about fishing for ‘Guapote’ at the foot of a volcano in the stunning Lake Arenal or exploring Costa Rica’s take on the Amazon in the untouched Caño Nero? There really is something for everyone here.

If you are a fan of fly fishing Costa Rica won’t disappoint. Target Tarpon on the Atlantic coast at one of the many luxurious Costa Rica fishing lodges. Otherwise, strip for Snook in the Pacific or explore Caño Negro on the fly. You can even attempt a heavy tackle fly record in saltwater with an experienced guide. Fly fishing for Sailfish is about as good as it gets!
Fishing off the coast, target Roosterfish inshore in the surf or over sandy bottoms. This is the closest you are likely to come to a freight train in shallow water! You also don't have to go far to hook the seriously hefty Cubera Snapper, which will give even the most experienced angler a run for their money. Otherwise, have fun catching tasty Dorado (Mahi Mahi) on light tackle or chasing after a speedy Wahoo.
Most importantly, you shouldn’t really go to Costa Rica without at least attempting to catch and release a Billfish - these waters are famous for their Sailfish and Blue, Black, and Striped Marlin, after all. The style of deep sea fishing Costa Rica is best-known for is trolling. Costa Rica’s signature trolling spread involves colorful teasers and circle-hooked Ballyhoo. Bait and switch fishing is also popular here – trolling teasers then casting baits as the fish comes in for the kill.

Costa Rica requires that all anglers purchase and carry a valid Costa Rica fishing license. These can be bought online or on the day of fishing and usually cost around $15 USD (this is subject to change). Fishing licenses may be provided with all-inclusive Costa Rica fishing packages, although if in doubt it is always best to check with your captain before your trip.
Costa Rica
4.29
Based on 18511 reviews by FishingBooker anglers

This is a great time to target Sailfish in the south of Costa Rica. Up north, rough seas and high winds can make getting offshore difficult. There are plenty of Snook and Roosterfish around, though.

Comb the river mouths for monster Snook and Roosterfish. Offshore, calm seas and low rainfall make for amazing angling in the South, where double-digit Billfish releases are commonplace.

March is a great time for loads of big game species. Tuna, Marlin, Sailfish, Mahi Mahi - they’re all waiting offshore. You may need a long run to reach the best spots in the North, though.

The Offshore World Championships kick off in Quepos, with teams competing from around the world in what has come to be known as “The Superbowl of Sportfishing”. Book early this time of year.

May is a month of change in Costa Rica. The wind drops off in the North, meaning much better Billfishing. In the East, this is a great time to try the amazing Tarpon fishing Costa Rica has to offer.

High humidity can sap your strength this time of year, making big game battles even tougher. It just means every catch is even more rewarding, though! Snook and Roosterfish are on fire inshore.

Launch out of Tamarindo or Playa Flamingo, and you could land Blue, Black, and Striped Marlin all in one day. That’s if the Sailfish don’t eat all your bait - they’re around in force in July.

If you somehow get bored of double-digit Sailfish hookups and record-breaking Snook, head to the local reefs to battle monster bottom fish. Cubera Snapper are as fierce as any sportfish!

Temperatures can hit 90 during the middle of the day, and heavy rains can kill the offshore bite. Fish inshore for Jacks, Roosterfish, and Snook instead, or hit the reefs for Snapper and Grouper.

This is the wettest month of the year. Some captains take their own vacation in October, as the offshore bite is far from its best. It’s still miles better than most places are in their prime, though.

The rains ease off and the whole coast enjoys consistently good fishing in November. Spend the day battling Marlin and Sailfish, and catch some tasty Tuna for dinner. It sure beats turkey!

If the thought of a white Christmas gets you down, head to Costa Rica’s beautiful coast to enjoy sunny skies, warm weather, and awesome angling. Nothing kick-starts seasonal cheer like epic Billfishing!

What People Are Saying About Costa Rica

Good experience
Woody E. fished with Boos Adventures – “Happy Ending” on January 20, 2020
Just go with the flow. They know what they are doing.
Mahi mania
Eduardo W. fished with Barrilete on December 4, 2019
Great time for rooster , snapper and mahi although bill fish bite coming on a little early too. Blame that on al gore I guess.
Awesome Day!!
Tracey S. fished with Pacific Boat Rentals - Mad Marlin on July 20, 2019
Full day is best to get out as far as you need to fish for the big fish. Bathe yourself in sunscreen!
3/4 day with Captain Alberto
Mike S. fished with Blue Pearl II - 32' Hatteras on July 15, 2019
Make sure you come during the season of the fish that you want to catch.
Full day trip with Alberto and Jessie
Julie M. fished with I Got You Sport Fishing on July 9, 2019
Fish with Jessie and his dad, they were awesome!
Half day trip with Capt. Jorge
Vanessa C. fished with Barrilete on June 30, 2019
These excursions are not for the hardcore fishermen types who want to do everything, i.e., bait the hooks, throw the lines out, etc.,
Full day trip with Will and George!
Robert D. fished with Allin Sportfishing - 28’ Mako on June 14, 2019
Check the reviews on fishingbooker.com and book your trip from there. Allin Sportfishing out of Herradura was awesome.
Full day 30'
Albert A. fished with Papagayo Charters - 30' Tuna Fish on April 28, 2019
Choose what you want to catch. Fishing is different for the species targeted.

FishingBooker has a Shopper Approved rating of 4.8/5 based on 18511 ratings and reviews