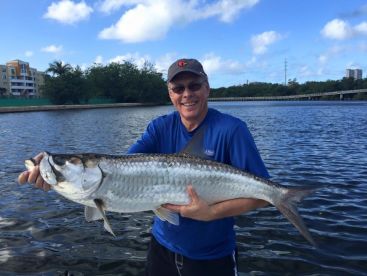 You’ll be fishing on a 19’ Bay Craft skiff that is powered by a single 115 HP Mercury four-stroke engine. Skiffs are the perfect vessel for Tarpon fishing as the flat deck gives you enough freedom to walk effortlessly around the boat while minimizing the risk of falling and/or getting the line tangled. 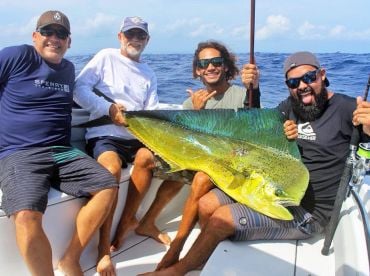 Your journey will take place on a 24’ Contender center console, outfitted with top-notch electronics and fishing amenities. She has outriggers and downriggers for trolling, a live bait tank, and a GPS and fishfinder to put you on fish with ease a precision. The boat accommodates up to 4 guests and children of all ages are welcome aboard. 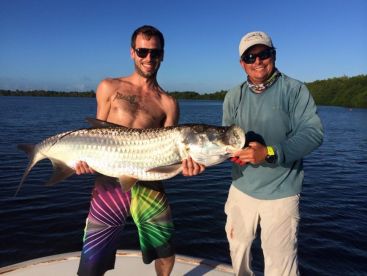 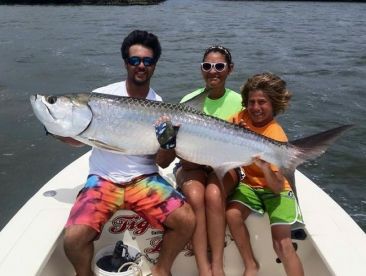 The Silver King is a 20’ Bone Boats flats boat, which is powered by a 90 HP Yamaha engine. A light vessel, she’ll whizz off to the productive fishing grounds at a maximum cruising speed of 37 knots. The boat also features a livewell to keep your bait swimming. Up to 4 guests, including children, are welcome aboard, as you go after that prized fish. 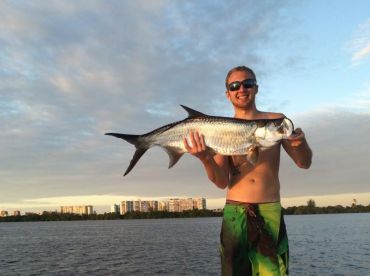 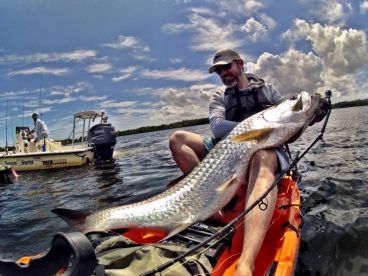 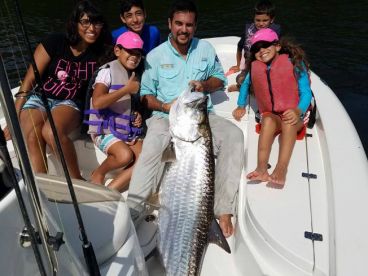 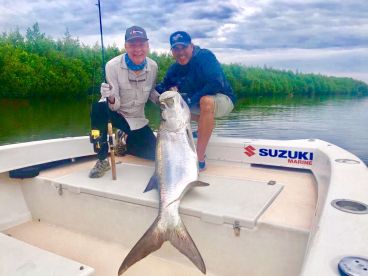 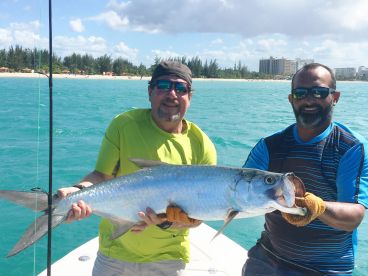 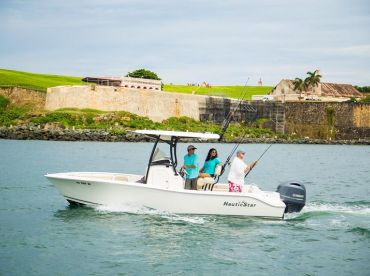 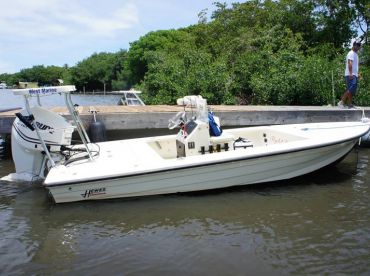 San Juan is the hottest tarpon fishery outside of the US. School size fish are present in the Torrecilla and San Jose lagoons year round, while the big kings make their appearance in February and hang around until mid-May, only to return for an encore later on, in October. What's attractive about these, otherwise shallow, waters are huge holes left behind as remnants of dredging in the 60's. These host ledges and less warm water for the fish to hide out during the hotter months.

Tarpon don't grow as much here as they do in the US waters, seeing as a catch above 100lbs is considered a trophy, but the summer and fall migrations do produce larger fish.

You should go after the kings either early in the morning or after sunset. Morning trips will be most productive on live bait, but you can use soft plastic lures as a substitute any time. After heavy rains, the waters will be muddy, so the artificial alternative will be a better choice.

Tarpon fishing in San Juan varies moderately throughout the year. High season is January to May. Low season is July to September. There is no closed season.
San Juan
4.26
Based on 22,903 reviews by FishingBooker anglers