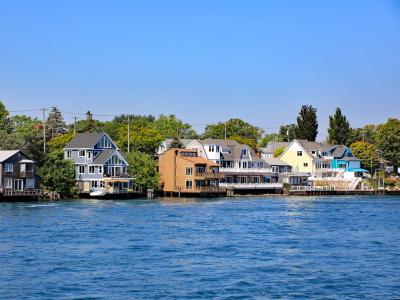 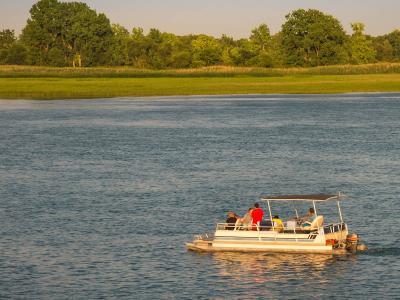 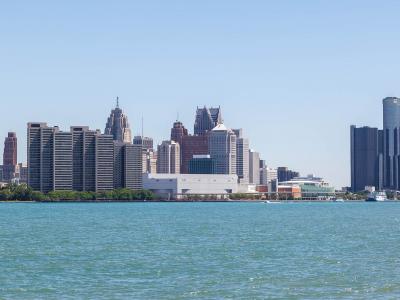 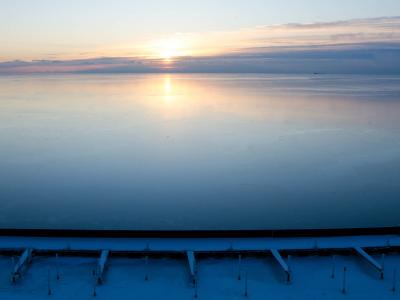 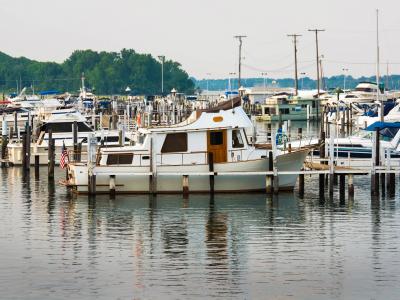 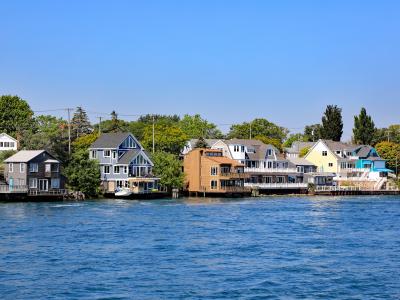 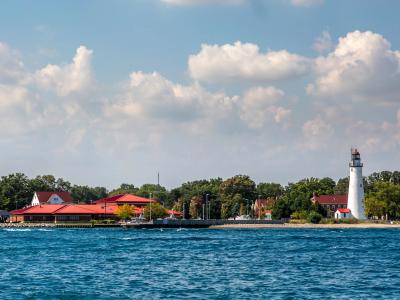 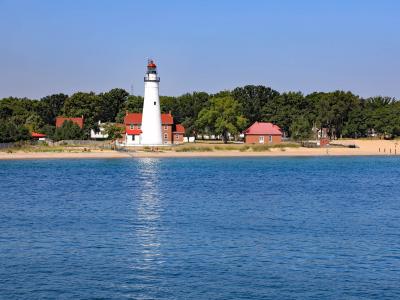 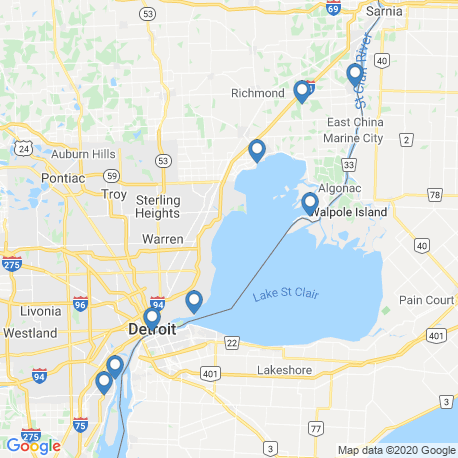 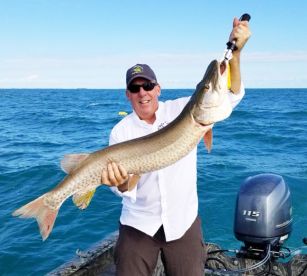 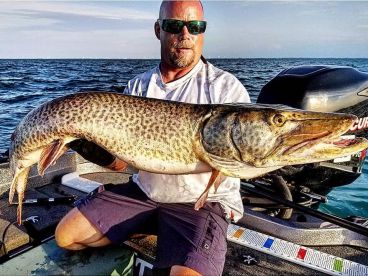 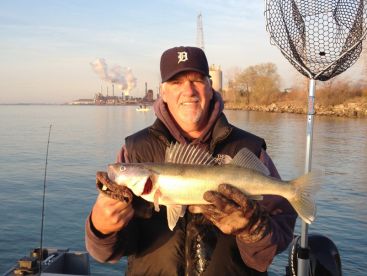 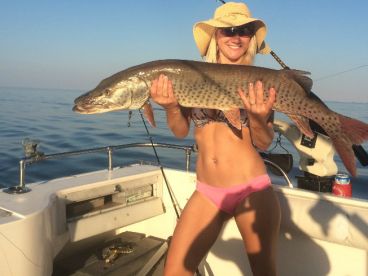 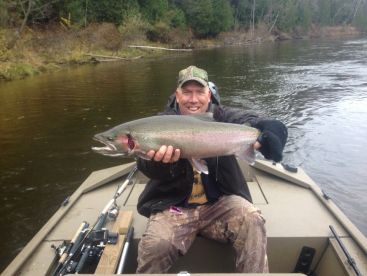 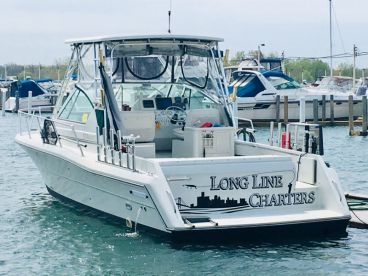 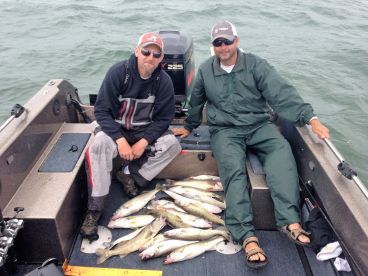 Some say that Lake St Clair is the finest urban fishery in the country. Located just 2 miles east of Detroit, this shallow portion of the Great Lakes system stretches from Michigan into Ontario. There are few places where you can indulge in world class angling within sight of one of America’s largest cities, and this is one of them. Take your pick of Lake St Clair fishing charters and come aboard for an experience you can’t forget!

Lake St Clair is home to a variety of game fish, the most popular being Muskellunge, Walleye, and Smallmouth Bass. You can catch many species year-round, even in winter when the lake is covered in ice. Many local charter boats run from April through early December, at which point anglers trade in their boats for ice shanties.

The peak season for Musky runs from June through October, when anglers hook into trophy-sized fish. In fall, it’s not uncommon for Musky tournament boats to catch and release 15-20 fish in a day! Anglers on Lake St Clair have the additional perk of catching Northern Pike in the same waters, a species which rarely coexists with Musky.

The Walleye fishing on Lake St Clair is also excellent. In spring, close to 3 million of these fish appear. Anglers often catch 8-10 lb Walleye in March and April, and are likely to complain if they catch anything smaller! Walleye ranging from 2-7 lbs are common throughout the rest of the year. The best Walleye fishing on the lake is rumored to be on the Ontario side.

Lake St Clair is also known for some of the best Smallmouth Bass fishing in the world. Two-to-three lb fish aren’t uncommon in these waters. Smallmouth are at their peak from May to August.

You can also expect world class fishing in Lake St Clair when it comes to Perch, Bluegill, Catfish, and Carp. If that’s not enough to make you haul out your tackle, wait until you hear what’s biting in the St Clair River a few miles upstream! Each spring anglers flock to these waters for some of the best Great Lakes Sturgeon fishing around—and they do it at night. You can hook into several fish in a single trip, some of them weighing over 50 lbs.

Conveniently located just outside of downtown Detroit, you can get to Lake St Clair by car or by bus. A Southeast Michigan SMART bus runs from Detroit to Lake St. Clair Metropark every 20 minutes, where you’ll find plenty of marinas and charter boats.

Lake St Clair fishing charters typically include everything you need except a local fishing license. Anglers age 17 and above need to carry a MI fishing license when fishing on the US side of the border. It’s common for charter boats to cross over onto the Canadian side of the lake when the best fishing is available there, so you may also want to buy an ON license to keep your options open. If you plan to fish in Ontario’s waters, all anglers in your group should bring their passports, and anyone age 18 and above will need an ON license. Trips that cross the international border usually include a fuel surcharge on top of the charter price.

You can target many species year-round on Lake St Clair, but it may not always be legal to keep your catch. Be aware of size and bag limits for your target species if you intend to keep your catch. Hiring a local charter boat is recommended so that your guide can help you follow regulations while you focus on the fun part: fishing!

It’s common to jig for Walleye early in spring, and then to switch to drifting or trolling crankbaits.Trolling with traditional foot-long Musky lures in October will bring you the biggest Muskies of the season. Anglers drift 4” minnows and round gobies for Sturgeon. Bass bite a variety of lures, but crankbaits, spinnerbaits, and flipping jigs are the most popular presentations.

Fishing charters on Lake St Clair vary widely in price depending on your interest and how much time you spend on the water. Multi-species trips that last between 2 and 4 hours cost $200-$350, while six-hour trips are typically $375-$400. Eight hour trips range from $350-$500.

If you’re committed to landing a particular species, you can book a specialized charter. These tend to cost a bit more, but your captain will pull out all the stops to get you that trophy fish. Lake St Clair Musky fishing charters are all the rage, and these can last anywhere from 6 hours to several days. Musky trips on the lower end of the price range cost about $500, while 8-12 hour trips usually cost more than $1,000.

Whether you’re in it for a trophy or just a chance to discover everything Lake St Clair has to offer, you can look forward to world class angling!

Lake St. Clair
4.67
Based on 19489 reviews by FishingBooker anglers

Lake St Clair is covered in ice at the start of the year, but don’t let that stop you! Hardy anglers can hook into Walleye, Pike, Perch, and more.

Winter fishing continues, with few anglers to be found on the lake aside from those who are setting up camp and carving holes in the ice!

As average temperatures start climbing past 40°F, the lake begins to thaw. Anglers within reach of open water can get a headstart on Walleye fishing.

Many Lake St Clair charter boats are up and running, ready to make the most of the peak seasons for Bass and Walleye. Book your trip early, cause they’re filling up fast!

May is all about variety on Lake St Clair: Bass, Walleye, and Perch are all biting vigorously, and Musky season is just around the corner.

Hit the water for some of Lake St Clair’s most popular catches, including trophy Musky, Pike, Bass, and Perch!

The fishing keeps on getting better, as the season for trophy Musky continues and Sturgeon fishing re-opens. Pike, Walleye, and Perch are all at their peak.

Smallmouth Bass head to deeper water during the hottest time of year, but you can still land a quality catch with a little know-how. Let a local guide show you where these bad boys are hiding!

You never know what you’ll hook into come September—anything from Musky, Pike, or Perch to Catfish could be on the end of your line.

Anglers can hook into up to 20 Muskies in a day! The Pike and Perch bites are slowing down, but you can still expect good action through the end of the year.

Bass fishing can be excellent in fall, while Musky and Pike continue to provide good action. Some charter boats will keep running until the ice sets in around mid-November.

Come December, you’ll see anglers setting up their ice shanties on Lake St Clair. You’ll have to work a little harder for your catch, but you can still hook into Walleye and more.

Full Day with Captain Steve
Melissa K. fished with Bushwacker Charters Muskie Fishing on July 17, 2019
Contact Bushwacker Charters and go Muskie Fishing
Walleye and Muskie dream trip for 10 Year old !
Karl B. fished with Treble Maker Fishing Charters on July 13, 2019
If you have never been on Lake St. Clair, prepare for having a great time. Bring lots of sun screen a hat and some cold drinks. What you expect to happen can become a trip of a lifetime and the possibilities are always there to catch that dream fish! I grew up on Lake St. Clair and loved it and it is one the best places to fish in the world.
Fun day on Lake St Clair
Karen F. fished with North Bay Charter LLC I on June 29, 2019
Helps to have a knowledgeable captain who knows the area and technique for catching the fish you're after
Great Trip!
John P. fished with Finn's Sport Fishing Lake St.Clair on June 12, 2019
If you love Walleye this is the place for you in June.
Fishing with Rick
Wally E. fished with Eastside Fishing Charters Llc on April 27, 2019
Be prepared for changing weather, and it's effect on the fishing.
Half day with About Time Charters
Darrin M. fished with About Time Charters on April 18, 2019
Hire a guide if your new to the Detroit walleye fishery as the crowds can be heavy.
Fisherman"s Dream Trip
Daniel H. fished with North Bay Charter LLC I on August 12, 2018
Rest arms and back before going for muskies, you will need your strength!
Full day charter!
FishingBooker Member fished with Treble Maker Fishing Charters on August 10, 2018
Make sure you bring sunscreen,sunglasses and rain gear. 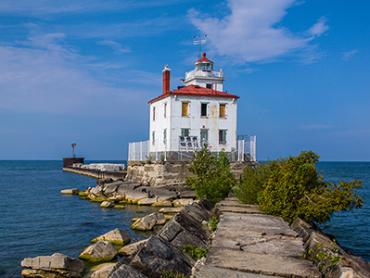 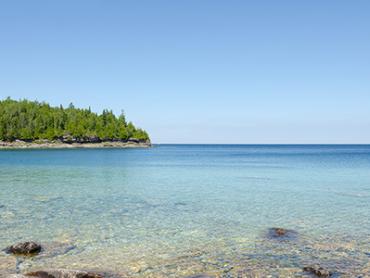 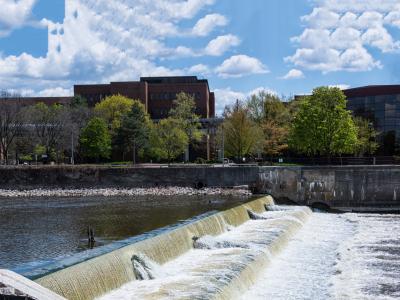 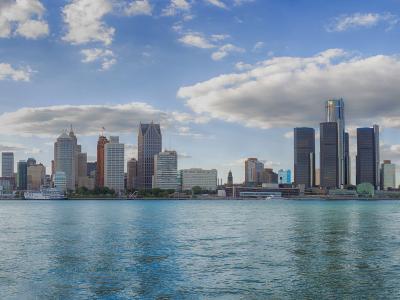 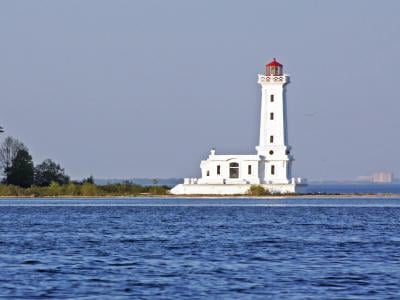 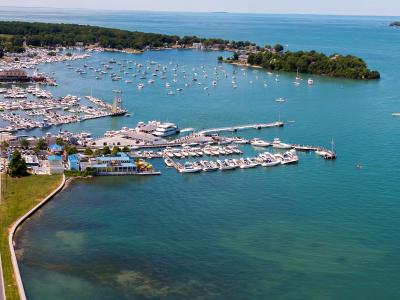 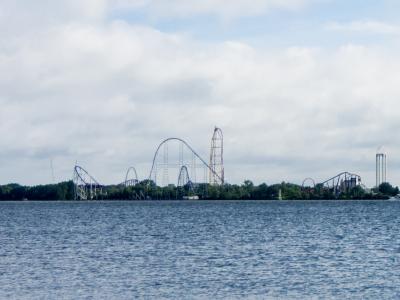 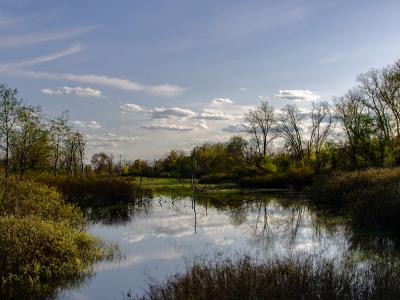 FishingBooker has a Shopper Approved rating of 4.8/5 based on 19489 ratings and reviews