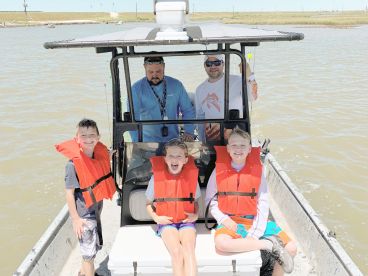 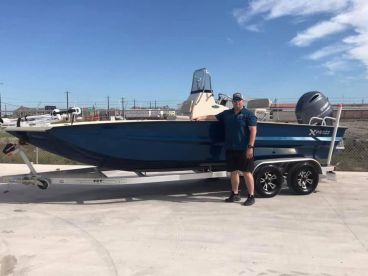 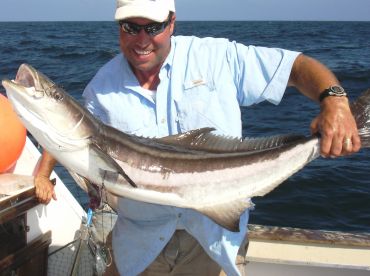 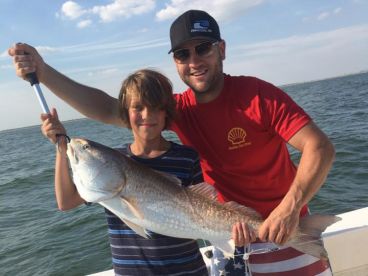 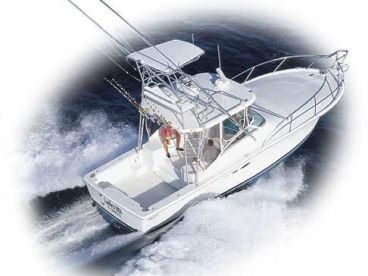 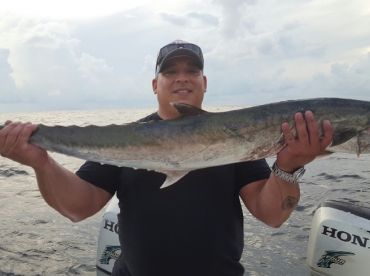 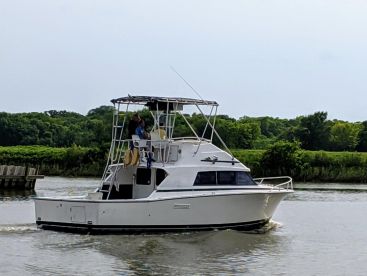 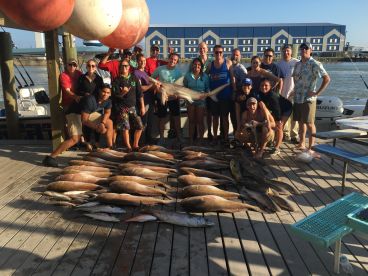 If this is your first time to sample Freeport fishing, you’re in luck. This town is close enough to Houston that you could reach the metropolis within an hour, if you want to. But we expect you won’t, because this small town has a knack for keeping people - especially anglers - hooked. Not your first time? Well, you know what we mean, then.

With a wildlife refuge on either side and the emerald green waters of the Gulf of Mexico on the other, Freeport literally offers a breath of fresh air for people coming on a daytrip down from Houston. And it’s not just the people who like hanging out here. Plenty of fish drop by in these parts throughout the year, too.

Freeport is in the fortunate position of being right in between the extensive Galveston Bay system and the rather more chilled-out Matagorda Bay. What’s this mean? Well, it means that if the backcountry beckons, you don’t have far to go. Healthy populations of Redfish, Speckled Trout, Flounder, Black Drum, and Sheepshead, are all waiting. Gear up and go get ‘em in those irresistible Freeport fishing spots such as the San Luis Pass, Chocolate Bay, and Christmas Bay.

That’s just the surface of Freeport, though. What really gets people excited in these parts is the freedom of the open sea. And when this is one of the best places to make the most of Texas’s year-round Red Snapper season in state waters, you can hardly blame them. Looking for something more energetic than Snapper fishing? Try going after Kingfish, Sharks, or Cobia. All these are there for the catching within ten miles of the coastline.

OK, ok, so that’s all very good. But real diehard anglers in Freeport know that there’s a lot more to these waters. That’s because offshore fishing from Freeport Texas gets you closer than most anywhere else to the legendary Alaminos Canyon, the spawning-grounds of a number of Billfish and Tuna species. And with deepwater mountain ranges, oil rigs, relatively low offshore fishing pressure, and a firmly-established sportfishing tradition under its belt, this is the port to depart from if you want to sample some of the best fishing in Texas.

Freeport party boats and fishing charters do not usually include fishing licenses in their trip prices. Make sure to purchase a valid Texas fishing license with a saltwater stamp in order to be allowed on the boat.

Target Speckled Trout in the bays. Drift and wade fishing are both effective. Have the most fun by coming equipped with soft plastics, MirrOlures, and shrimp. Otherwise, look out for huge Bull Redfish over the nearshore reefs and ledges. Everything’s bigger in Texas, and you’ll seriously believe that when you see one of these big girls.

For an even more weighty catch, travel into the offshore waters for big game. Things start to get really fun 60 miles out, with 110 miles out being even better. This is where the pioneers of big game fishing in Texas cut their teeth - and a good deep sea fishing charter will get you following in their footsteps. Look out for 700 lb plus Blue Marlin, Swordfish, Sailfish, Tuna, and much more.

Overnight charters a little too far? You can still get some great catches of Blackfin Tuna within the range of a day trip. Just look out for the shrimp boats and chum with chunks of diced bait. Feeling adventurous? See what’s the biggest fish you can hook on light tackle or on the fly!

Freeport
4.49
Based on 19446 reviews by FishingBooker anglers

We’re not going to lie - January isn’t exactly the most alluring time of year to get out on the water in Freeport. But brave the colder weather, and you can get some great bites from Sheepshead, Black Drum, and Redfish.

Just like in January, fishing in Freeport in February can mean big Redfish inshore, with Sheepshead and Drum making an appearance, too. Go offshore, and try for Red Snapper, Amberjack, and Bull Reds.

Get the most out of Spring Break and hire a Freeport fishing charter with your own personal crew. Hot targets include big Bull Redfish on the beachfront and Red Snappers in State Waters.

FIshing has really taken off by now. Nearshore, you’ll find you’re in the middle of the Cobia migration, while inshore, there are numerous catches of Speckled Trout and Redfish.

The temperature is rising and the fishing is hot! Fish for Bull Reds in emerald green waters and 80 degree temperatures. The Shark bite is picking up, with Bull, Hammerhead, Spinner, and many more Sharks around.

The federal Red Snapper season opens, allowing you to keep the big ones found further offshore. Troll for Kingfish on the way out or stay inshore for Flounder. Don’t miss the Fishin’ Fiesta at Freeport Municipal Park!

If you’re looking to go offshore, now's the time to do it. This is one of the best times to fish in Freeport Texas, with long-range boats trying for Billfish Grand Slams and some of the biggest Blackfin Tuna in the Gulf of Mexico.

Fishing out of Freeport in August is some of the best deep sea fishing in the Gulf of Mexico. Watch the pros battle for the biggest Blue Marlin in the Texas Billfish Classic, or head out yourself in search of a monster.

Offshore fishing that remains as good as ever - just find a shrimp boat, chum like crazy, and see what you will catch. Big Backtip Sharks, huge Bull Redfish, King Mackerel, Cobia, and so much more are there for the taking.

Some of the best fishing in Freeport is in state waters in October. Look for big Red Snapper, spawning Bull Redfish, Kingfish, and Cobia. Inshore, Flounder is in peak season and Speckled Trout is caught in large numbers.

The weather gets more wintery as fall draws to a close. Unpredictable weather can limit offshore trips. Inshore, Flounder is biting as well as ever, while Speckled Trout and Redfish are consistent in the back lakes and marshes.

Enjoy the festive season in Freeport by looking out for big Snapper in state waters. Want an unusual way of bonding with your family over the Christmas period? Have a go at gigging for Flounder in shallow waters inshore.

Reviews of Fishing in Freeport

Reviews of Fishing in Freeport

Top Types of Fishing in Freeport

Top Types of Fishing in Freeport 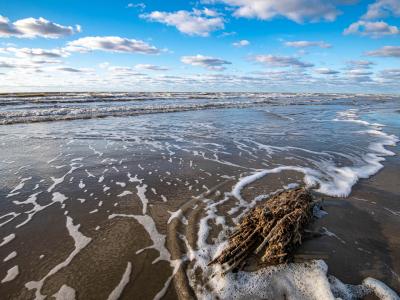 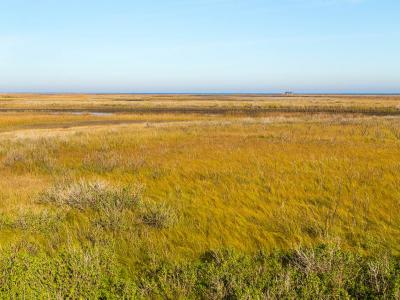 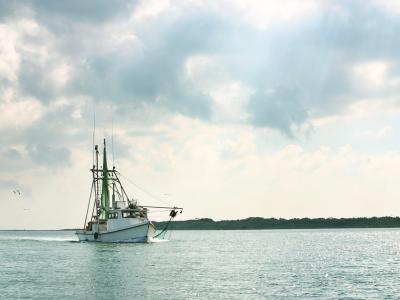 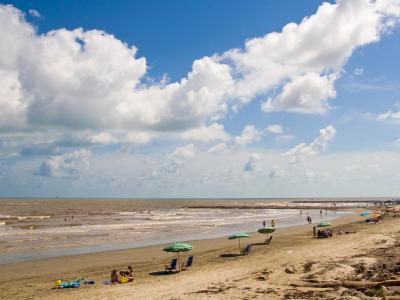 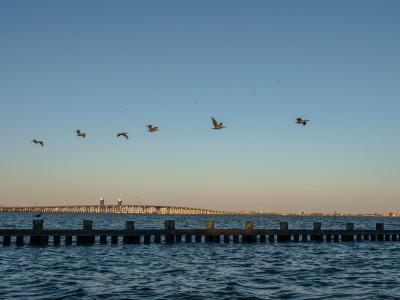